Could the Zetas comment? Will there be times when every hurricane season will be worse than another? At the beginning of May, a tropical cyclone formed near the shores of Peru. This is the first time that a cyclone has been registered/formed in this part of the world. Parallel to this, near New Zealand, the highest wave in the history of the Southern Hemisphere was recorded. Later, very rare cyclone was formed in the Gulf of Aden. [and from another] https://poleshift.ning.com/profiles/blogs/for-the-first-time-in-his... [and from another] https://earthobservatory.nasa.gov/NaturalHazards/view.php?id=92137 An extremely rare cyclone formed in early May 2018 about 160 kilometers (100 miles) off the coast of Chile—an area that almost never sees tropical cyclones. Cyclones are not typically found in this region because sea surface temperatures (SSTs) in the southeastern Pacific Ocean are usually too cold. The oceanographic process known as upwelling tends to bring cold water up from the deep ocean along the Chilean coast. [and from another] https://weather.com/storms/hurricane/news/2018-05-08-subtropical-cy... [and from another] https://phys.org/news/2018-05-monster-ocean-southern-hemisphere-sci... Scientists have recorded what is believed to be the largest wave ever in the southern hemisphere, a 23.8 metre (78 foot) monster the height of an eight-floor building. A buoy recorded the wave during a ferocious storm in the notoriously wild Southern Ocean near Campbell Island, some 700 kilometres (430 miles) south of New Zealand. It wiped out the previous southern-hemisphere record of 22.03 metres recorded in 2012. [and from another] http://www.downtoearth.org.in/news/cyclone-sagar-kills-16-displaces-thousands-in-middle-east-east-africa-60584 Tropical Cyclone Saga, which made a landfall in north-western Somaliland and Djibouti on May 19, has left at least 16 dead, affecting thousands in Middle East and East Africa. It is the strongest tropical storm ever recorded in Somalia and also the strongest storm to venture so far west in the Gulf of Aden since 1885. [and from another] https://earther.com/a-rare-cyclone-is-about-to-hit-somalia-1826139793 [and from another] https://poleshift.ning.com/profiles/blogs/wild-weather [and from another] https://www.theguardian.com/world/2018/may/11/hurricane-season-may-... The US may have to brace itself for another harrowing spate of hurricanes this year, with forecasts of an active 2018 season coming amid new research that shows powerful Atlantic storms are intensifying far more rapidly than they did 30 years ago. The initial forecasts of an above-average season for hurricanes follow a punishing 2017, most notable for Hurricane Harvey, which drenched large areas of Texas, Hurricane Irma’s sweep over Florida and the devastation that stubbornly lingers in Puerto Rico from Hurricane Maria. 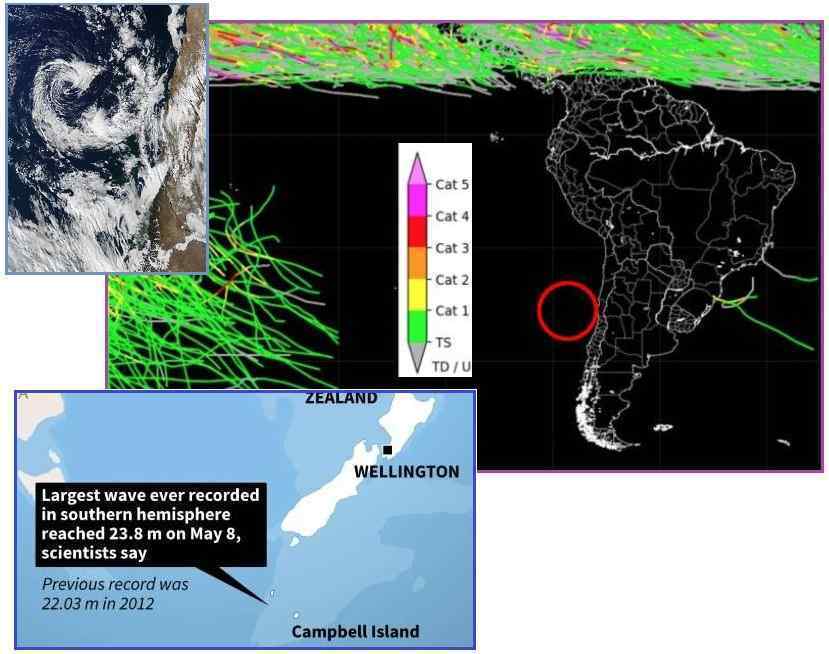 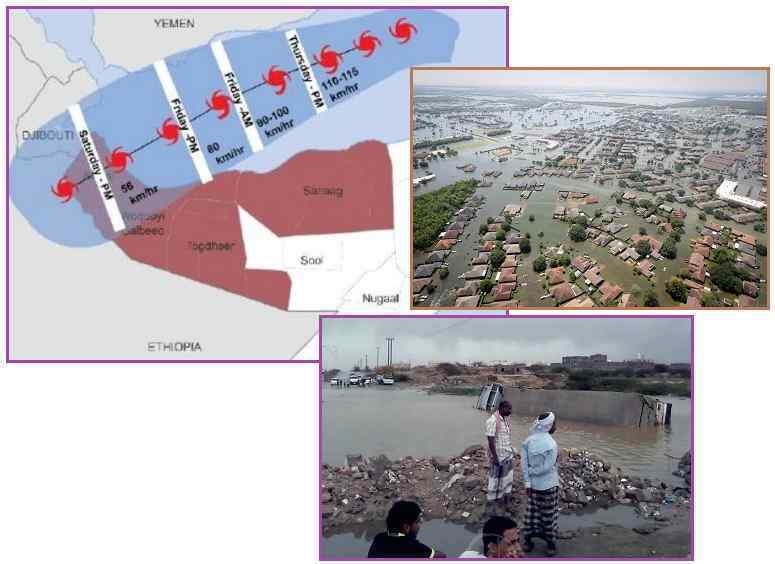 We have long predicted that the daily Earth Wobble would create storms in the oceans for planet Earth. In 1995 we predicted an “increased frequency of hurricanes”. In 2005 we predicted that due to temperature swings, “the seasons almost blend into one another” such that snow in summer would become common. In 2005 we also predicted that “swirling in the oceans and air” would increase. In 2007 we pointed to the daily Earth Wobble as the cause. And as recently as 2017 we confirmed that the wobble’s slings to the right and left, as well as into the Polar Push, are responsible for the worsening hurricane season.

Of course this pattern is not going to change, not going to lessen, but will only worsen. As Nibiru comes closer, the wobble worsens, as this is Earth’s attempt to evade the Polar Push of Nibiru’s magnetic N Pole. Storms have historically assaulted the Caribbean and American East Coast and are now also assaulting the Chilean coastline and Argentina. They have historically assaulted the North Sea and UK but now are also assaulting the Atlantic side of Africa as well as the Afar Triangle. In 2005 we described the ocean storms that mankind will endure as making some coastlines “uninhabitable”, so that mankind only grows crops there but sleeps elsewhere. This time is coming.