Google AI project is apparently designed to track people migrating using drones at close proximity from street to street and house to house level?  How freaky!  Any comments on this? [and from another] https://www.zerohedge.com/news/2018-05-14/google-employees-revolt-r... Around a dozen Google employees have quit and close to 4,000 have signed a petition over the company's involvement in a controversial military pilot program known as "Project Maven," which will use artificial intelligence to speed up analysis of drone footage. [and from another] https://gizmodo.com/google-is-helping-the-pentagon-build-ai-for-dro... Project Maven was established in April 2017. Maven’s stated mission is to “accelerate DoD’s integration of big data and machine learning.” In total, the Defense Department spent $7.4 billion on artificial intelligence-related areas in 2017. The project’s first assignment was to help the Pentagon efficiently process the deluge of video footage collected daily by its aerial drones—an amount of footage so vast that human analysts can’t keep up. Project Maven will use machine learning to identify vehicles and other objects from drone footage - with the ultimate goal of enabling the automated detection and identification of objects in up to 38 categories - including the ability to track individuals as they come and go from different locations. [and from another] https://www.cnbc.com/2018/04/06/elon-musk-warns-ai-could-create-imm... Musk said that the development of superintelligence by a company or other organization of people could result in a form of AI that governs the world. The documentary examines a number of examples of AI, including autonomous weapons, Wall Street technology and algorithms driving fake news. Musk believes that humans should merge with AI to avoid the risk of becoming irrelevant. He is the co-founder of Neuralink, a start-up that reportedly wants to link the human brain with a computer interface. 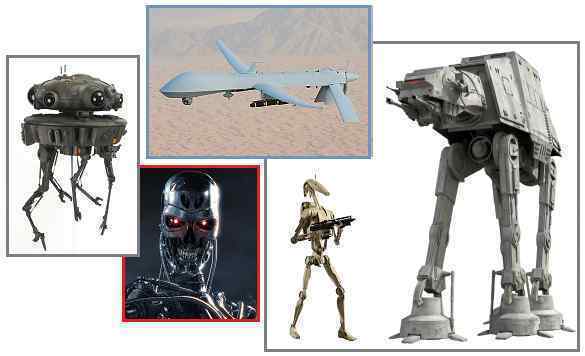 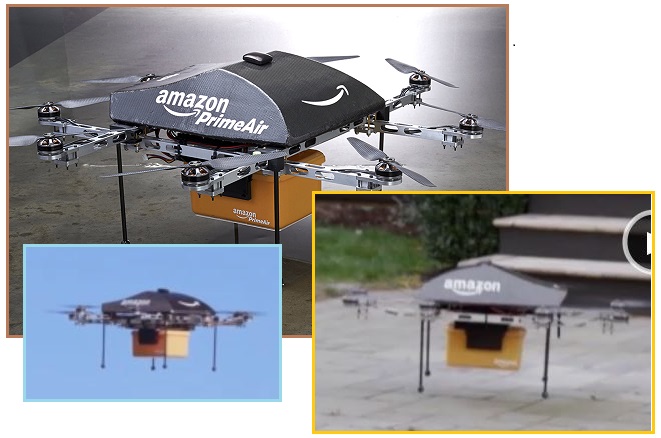 Much the subject of mankind’s science fiction, intelligent drones or robots that can take control of mankind’s world are a fear that man has, but will never become a reality. Movies such as Terminator or I Robot present a scenario where mankind allows their robots to take control, preventing man from making emotional decisions and thus, by this, saving the world. Of course, all this goes horribly wrong. Robots can make destructive decisions, just as emotional man does. Thus the alarm about the increasing use of Artificial Intelligence.

We were asked early in the ZetaTalk saga about robots, as to whether they can have souls. They do not, because all their decisions, at base, are programmed and man has choice. Faced with a world where the public is aware of Nibiru and is viewed as likely to riot or splinter off into cults or revolt against the establishment, many in government and the wealthy elite are trying to get the upper hand via drones and robots. Amazon has promoted their goods delivered via drones. Walking as well as flying drones have been developed, and driver-less cars. Sex dolls are now available.

Why would Google employees resign en masse, objecting over Google helping the Pentagon in data analysis for Project Maven? Do they imagine something worse than what exists today, without such extensive surveillance? The rape of children as young as infants, torture done by sadists who can count on their privacy being maintained, oldsters in nursing homes being abused by the staff, school shootings, and demands for sexual favors from bosses who think evidence of their abuse will never be recorded. Why is more complete surveillance worse than this?

We have stated that the public is likely to react to the truth about Nibiru by doing nothing outside of their current activities. The routine comforts, and they will be in shock or in denial. Over half the populace will be in denial. We have predicted that 43% of the populace will be insane to some degree as a result of the Pole Shift, primarily due to Post Traumatic Stress. Between those in shock or denial or struggling with PTSD will be a small percentage of criminals and opportunists looking to take advantage of others. In this battle, increased surveillance will be a blessing.