Nancy previously held the ZetaTalk Question & Answering at GodlikeProductions.com, a forum without strict rules as enforced on the PoleShift-Ning. GLP allowed anyone to clog the weekly ZetaTalk-Q&A-sessions with debunking, defamation, disinformation and nonsense. It was greatly distracting to those taking Nancy and the Zetas seriously, so she moved to Gerard's Ning, who created this network on August 17, 2009 in order to provide an unhindered documentation and discussion about the impending passage of Planet X and the resulting Pole Shift.

As the ECPS-Ning began hosting the ZetaTalk-chats and collecting the truth, it became increasingly a target for those wishing to maintain the cover-up over Planet X. Accordingly their continual efforts to infiltrate, undermine, or sabotage this Network. Over three hundred members were deleted by CIA funded black-ops on June 23, 2011, as reported on the PoleShiftNing. As of late, US government agencies attempted to take down all ZetaTalk mirror-sites by using DoS-attacks on March 6, 2012. Since open attacks have turned out to be too obvious, those maintaining the cover-up choose other routes.

The Main Establishment Lies, the Comet Elenin Hype or the Wikipedia-article about ZetaTalk are examples of disinformation set up by the establishment to confuse the public. It cannot be emphasized enough that you spend time reading the information presented on this blog, as well as ZetaTalk before posting your own contributions here. ZetaTalk consists of more than 40,000 unique articles, so is not something to read on a flyover. We're not saying here you should read all of it, but there is a dedicated Search Engine for the site and signing-up on this Ning demands basic knowledge about ZetaTalk.

Please do not waste this genuine resource by duplicating or asking for information that is already there. Redundancy is clutter, so please avoid frivolous posts 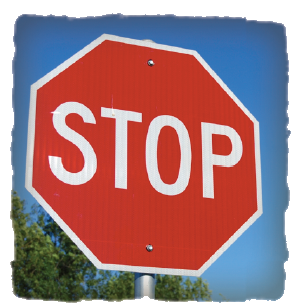 This will hopefully help you to understand that we do not try to suppress and limit information, but provide an unhindered discussion and distribution of information for those aware about the impending Pole Shift, Planet X and the ZetaTalk message. Thank you for consciously choosing to be a part of this important time,