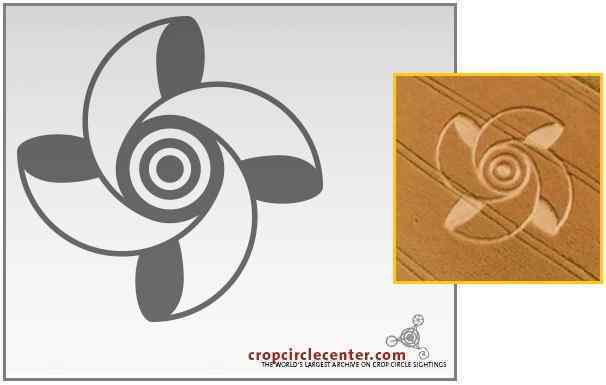 This design depicts a retrograde orbit, which Nibiru, aka Planet X has. When looking down at the solar system, the view astronomers prefer, the Sun rotates in a counterclockwise manner, as do all the planets that go round and round in orbit around the Sun. Nibiru deals with the sweeping arms of the Sun when it approaches for its periodic passage by hopping over the sweeping arms, thus passes through the solar system in a retrograde manner – clockwise. Thus when Nibiru appeared in front of the Earth in her orbit in December 2003, he halted the Earth’s orbit and pushing her backwards into the August position.

Earthquakes on Earth worsened after that because a battering had ensued. The sweeping arms swept the Earth into Nibiru, and Nibiru pushed back with a magnetic and gravity repulsion force push. As Nibiru comes outbound from the Sun, pressing closer to the Earth (which is trapped in front of Nibiru), this battering will increase. A stronger wobble, more earthquake jolts, Earth plates sliding for longer distances, the 7 of 10 plate movements picking up the pace, and all of this action fixed astrophysics that will not change. Mankind must prepare for the Pole Shift.