There is some news regards Planet Nine. In one of the articles it says "Planet Nine might be uncovered by the end of the summer". Planet X is also mentioned.  Is Prong 3 about happen? Could the announcement happen by the end of the summer? Can the Zetas comment? [and from another]http://www.dailymail.co.uk/sciencetech/article-3624159/Could-dark-e... The Dark Energy Survey is a Southern Hemisphere observation project designed to probe the acceleration of the universe, by looking at the most distant galaxies. The evidence for a ninth planet in our solar system might be hiding in data gathered as part of the survey, and if so it could be found by the end of summer. Most of the area of the sky that will be looked at has been surveyed so far, so if the planet is there and in the right part of its orbit, it should be hiding in the data. [and from another]http://www.inquisitr.com/3279934/planet-9-closing-in-on-the-mysteri... Teams of astronomers from around the world are searching for the elusive Planet 9. Renu Malhotra and his colleagues at the University of Arizona in Tucson have also been examining the data. Scott Sheppard, a planetary scientist at the Carnegie Institution for Science in Washington, D.C. and Chad Trujillo, of the Gemini Observatory in Hilo, Hawaii, are looking for Planet 9. At the Paris Observatory in France, a team working under Professor Jacques Laskar is attempting to calculate Planet 9’s position and then turn their instruments to viewing it.[and from another] https://en.wikipedia.org/wiki/The_Dark_Energy_Survey The Dark Energy Survey (DES) is an optical/near-infrared survey. The collaboration is composed of research institutions and universities from the United States, Brazil, the United Kingdom, Germany, Spain, and Switzerland. 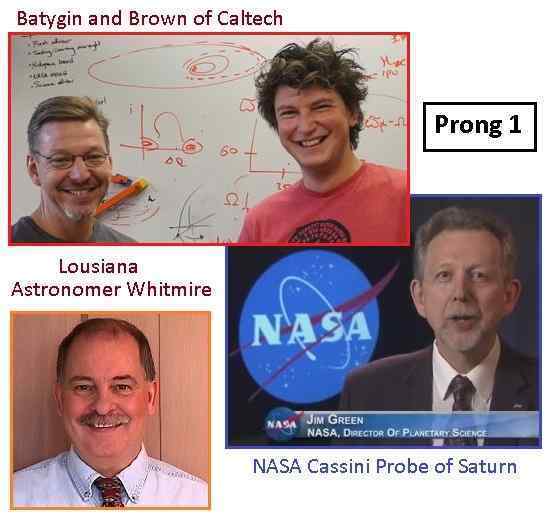 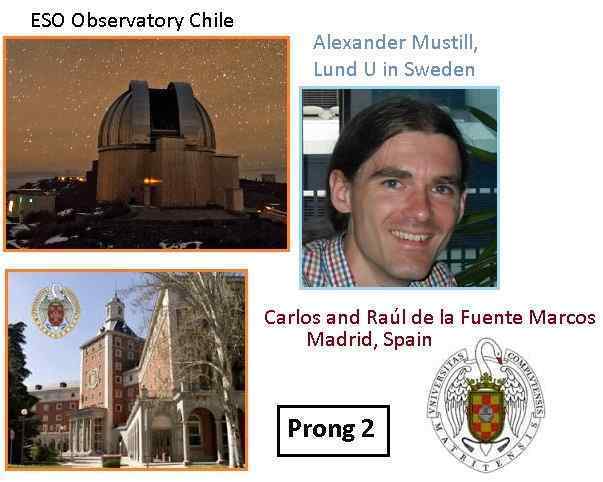 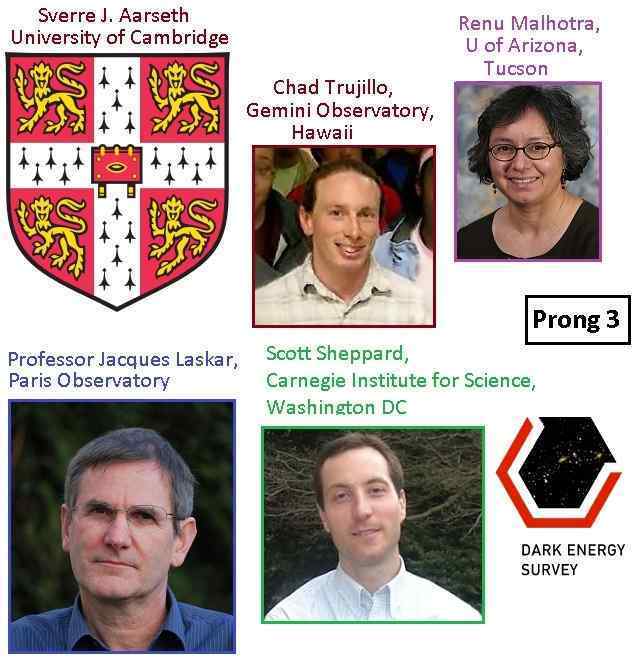 The Cast of Characters for Prong 1, which pointed to a gravity object out in the direction of Orion, and suggested this might have moved to be in the direction of the constellation Cetus, was small - Caltech astronomers Batygin and Brown, and retired Louisiana astronomer Whitmire, and NASA scientists working on the Cassini probe. Terms like Planet X, Nibiru, and extinction level events were used. These brave souls were facing decades of a cover-up over what the IRAS balloon found out in the direction of Orion in 1983, knowing that the cover-up over Nibiru all these decades has resulted in death to hundreds of individuals who tried to inform the public.

In that this Prong 1 Cast of Characters survived, in physical health and with their careers intact, more brave souls were added for Prong 2. The ESO’s observatory in Chile had discovered nearby exoplanets previously overlooked by WISE and Hubble and Kepler, and suggested that exoplanets might be in the neighborhood.  Freelance astronomers Carlos and Raul de la Marcos in Madrid suggested that what is being called Planet 9 might be several objects. The concept of the Sun having a binary was raised by Mustill at Lund U in Sweden. The Cast of Characters for Prong 2 had moved from the safety of the US to Europe, and was going strong.

Now we are being introduced to the Cast of Characters for Prong 3. The cast has grown, as courage to participate has grown. The public has not devolved into panic and riot, wailing that the End of the World was upon them. This despite the fact that Nibiru is clearly visible in webcams and frequently causing Second Sun sightings. The Internet is abuzz with Nibiru terminology, and discussions about an Earth wobble with the Sun out of place have also become common place. Prong 3 will raise the issue of whether that fuzzy orb at the 4 o’clock position to the Sun, in Cetus, is so close in as to be within the orbit of Venus.

The Cast of Characters for Prong 3 will include, astronomer Aarseth of Cambridge U in the UK, astronomer Trujillo at the Hawaii observatory, astronomer Malhotra at the U of Arizona,  astronomer Sheppard at Carnegie in DC, and professor Laskar at the Paris observatory. The primary player in this Cast of Characters is the Dark Energy Survey (DES), which is eminently international with collaboration from the US, Brazil, and several European countries, and located in Chile where the ESO resides. DES scans will be searched for exoplanet evidence, going back for years. This can be expected, ultimately, to find one in particular, which will eventually be termed Nibiru, that arrived in 2003 and moved to its present location near the Sun. Prong 3 is being born.