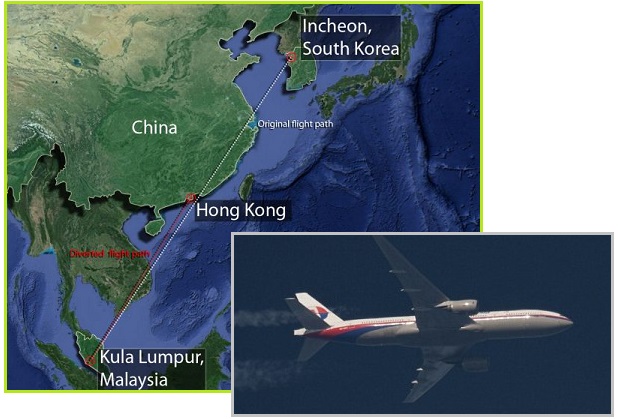 A second Malaysian Airlines flight in trouble with electrical systems: http://time.com/35129/malaysia-airlines-flight-mh066-emergency-land...  My questions: 1.  Is this route out of Kuala Lumpur over the Sunda Plate going to prove so treacherous to aircraft, that the truth will be afforded humanity that watches on, ie that Planet X is indeed the cause as the Zetas have already stated? 2.  Is the particle flow activity in the area, around the Sunda Plate, (that humankind is grossly unaware of), going to cause similar fate to MH370 for a larger number of other aircraft?  This question is more about data that only the Zetas would know, to what extent has the EMP and particle flows increased?  Is it steady, exponential or slow release due to the humming boxes?

We stated that aircraft would increasingly be affected by EMP caused by the clash of the Earth’s magnetosphere with that of Planet X, and caused primarily by the charged tail of Planet X increasingly wafting over the Earth. We also stated that the electronic screech from compressed rock, especially when under shallow water, is a factor. On the heels of the MH 370 disaster, another electronic failure occurred in MH 066, taking the identical path over the waters between the Malay Peninsula and the tip of Viet Nam. Can safe routes for aircraft be calculated, based on our advice, and if so what would that calculation be? Our predictions for the 7 of 10 plate movements can indeed be used as a guide to determine what parts of the globe will endure the greatest electronic screech from rock compression, and where those regions lie under shallow water easily determined also.