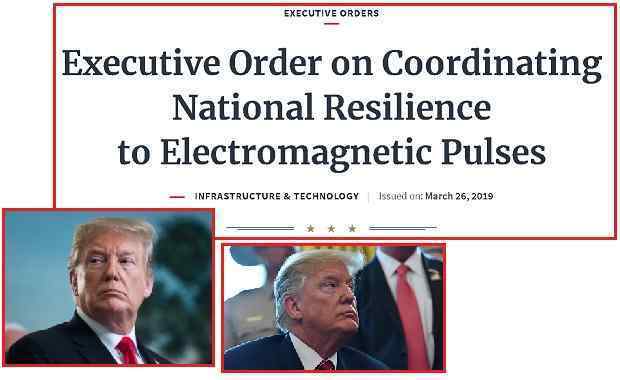 EMP from Nibiru has been bringing down planes since 2009 when AF 447 went into the Atlantic with total electrical failure, as documented by its ACARS messages. To protect the airline industries, human society went on as though this could be ignored. More planes went down, killing passengers by the hundreds, while corporate profit prevented the public from learning the truth. By October, 2018 even the stealth bomber had to quickly glide to Earth due to an EMP attack. Why has this issue just become an emergency? Why now?

During just this past month of March, Nancy’s newsletters have reported on the Lomonosov explosions caused by the petrol in the tail of Nibiru hitting the edge of the upper atmosphere, the Boeing 737 Max 8s being grounded worldwide due to an EMP vulnerability in its sensors, and an unexpected bolide explosion equivalent to 10 Hiroshima bombs over the Bering Straits. Where President Trump and his Junta are not yet ready to inform the US public about the approach of Nibiru, they anticipate this will be undeniable by 2021. Thus the tight timeline for EMP defense.

“Today, President Trump demonstrated bold leadership to protect America’s bulk-power system and ensure the safety and prosperity of all Americans,” said Secretary Brouillette. “It is imperative the bulk-power system be secured against exploitation and attacks by foreign threats.  This Executive Order will greatly diminish the ability of foreign adversaries to target our critical electric infrastructure.”

The bulk-power system (BPS) is vital to the Nation’s energy security, supporting national defense, emergency services, critical infrastructure, and the economy. Each year the Federal government spends millions of dollars on a wide range of BPS components. Current government procurement rules often result in contracts being awarded to the lowest-cost bids, a vulnerability that can be exploited by those with malicious intent.

Today’s Executive Order prohibits Federal agencies and U.S. persons from acquiring, transferring, or installing BPS equipment in which any foreign country or foreign national has any interest and the transaction poses an unacceptable risk to national security or the security and safety of American citizens. Evolving threats facing our critical infrastructure have only served to highlight the supply chain risks faced by all sectors, including energy, and the need to ensure the availability of secure components from American companies and other trusted sources.

Accordingly, under this Executive Order, the Secretary of Energy is authorized to do the following:

Additionally, a Task Force led by Secretary Brouillette will develop energy infrastructure procurement policies to ensure national security considerations are fully integrated into government energy security and cybersecurity policymaking. The Task Force will consult with the energy industry through the Electricity and Oil and Natural Gas Subsector Coordinating Councils to further its efforts on securing the BPS. 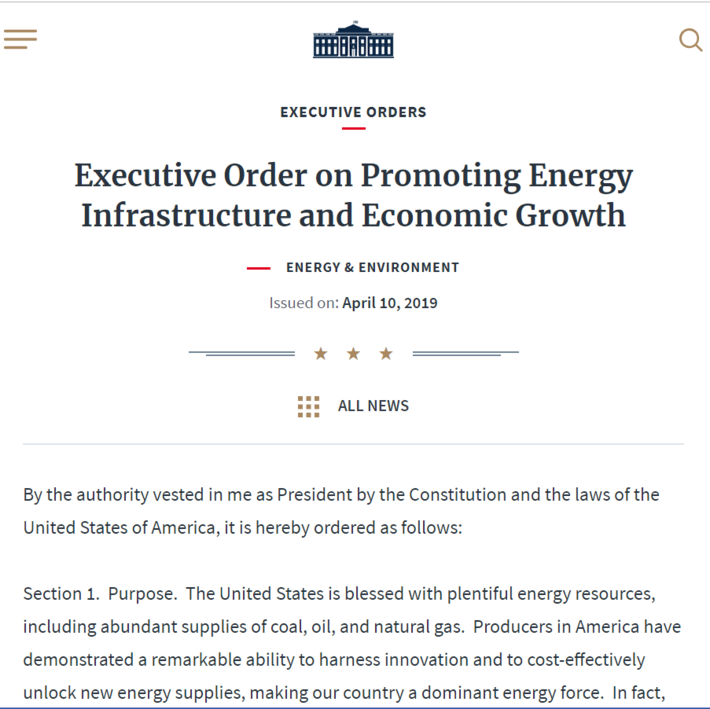 The executive order states:
Enhancing our Nation’s energy infrastructure, including facilities for the transmission, distribution, storage, and processing of energy resources, will ensure that our Nation’s vast reserves of these resources can reach vital markets. Doing so will also help families and businesses in States with energy constraints to access affordable and reliable domestic energy resources. By promoting the development of new energy infrastructure, the United States will make energy more affordable, while safeguarding the environment and advancing our Nation’s economic and geopolitical advantages.

ZetaTalk February 28, 2019 states:
"Trump is faced with the same conundrum. Due to his battles with the Deep State and resentful Democrats, he would immediately be called insane and impeached if he tried to announce Nibiru. Thus Trump and his Junta must work covertly to protect their country."
"The ability of each country to sustain itself is paramount, and this includes rebuilding the US Steel industry. Priorities are a strong and skilled workforce, not any sensibilities offended by a return to Coal or development of the Keystone Pipeline."