SOZT
The detail features on the surface of the Dark Twin have been captured on film before in 2010, during a Monster persona presentation. The features are more distinct in 2017 as the Dark Twin is pressing up behind the Earth in their shared orbit, trying to drop behind the Earth to pass on the far side away from the Sun and Nibiru. It will not manage this maneuver until the Last Weeks, as we have explained. One can see from this video that the Dark Twin is slowly rotating, counterclockwise, left to right, and shows many impact craters. Without water or atmosphere, there is little to disguise these craters.
EOZT translation: Foreign object is photographed near the moon in Patos late on Friday (31/07) 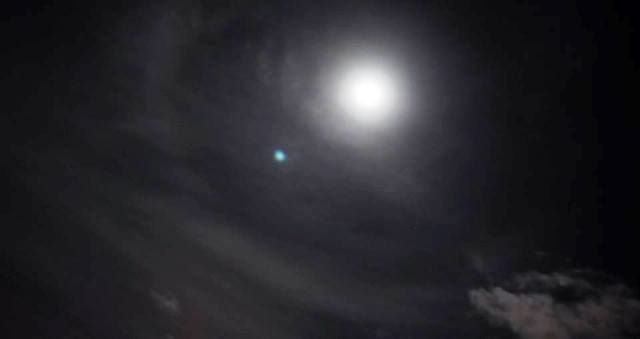 Late on Friday (31/07), many lenses were pointed in the direction the moon to keep track of what is being called by scholars, second full moon of July. Some know the phenomenon as "Blue Moon", although it has nothing of that color in our TV.

Among the many photographs taken and posted on social networks here in phenomenon ducks, one caught the eye. The broadcaster and journalist Patosonline.com, Jozivan Antero, pointed the lens of his Nikon - D 5,000 for the moon and photographed. When viewing the photograph he noticed a circular object of bluish color in sight. He then photographed other times, and realized that the object (circular in shape) had changed position, but was close to the natural satellite.

Jozivan found the strange fact, but beautiful and just tried to post on social networks. In a few minutes they began to emerge the most varied explanations: UFO, reflecting the slow point, star, finally several explanations.

See for yourself the pictures and draw your own conclusions: 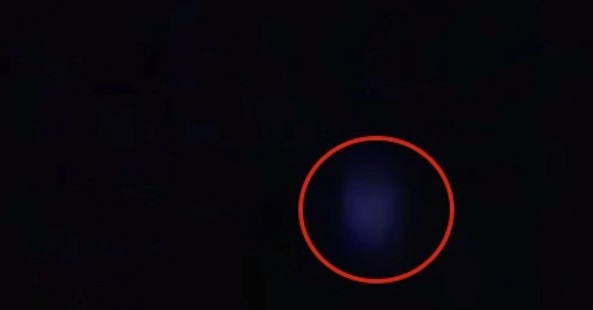 Residents in Bakersfield, California, have seen an unidentified blue light in the night sky on the same day for two months in a row now.

The light appeared on Feb. 14 and March 14, but no one knows officially what’s causing it.

Jeff Castruita told the news station he watched it for about 10 minutes.

“It was just doing weird stuff. It would turn on and off and it would disappear,” he said, according to KERO.

KERO reached out to the Kern County Sheriff’s Department and Edwards Air Force Base about the light and was told by both that no reports were received.

“I’m not aware of any calls that we’ve received regarding any blue lights, or strange lights in that area,” Senior Deputy Victor Keesey told KERO.Very seldom, if ever, have I seen anything like it. However, we are in the age of drones now, obviously we have military drones, but we have civilian drones now and drones for purchase, so that is a possibility.”

But residents who saw it don’t think it was a drone.

“It wasn’t a regular airplane or a drone, it was much bigger than what a drone would be, especially at that distance,” Ricardo Pantoja said.

Randy Gabriel added that he saw it flying in an up and down.

“I’ve never seen anything like it,” he told the news station. 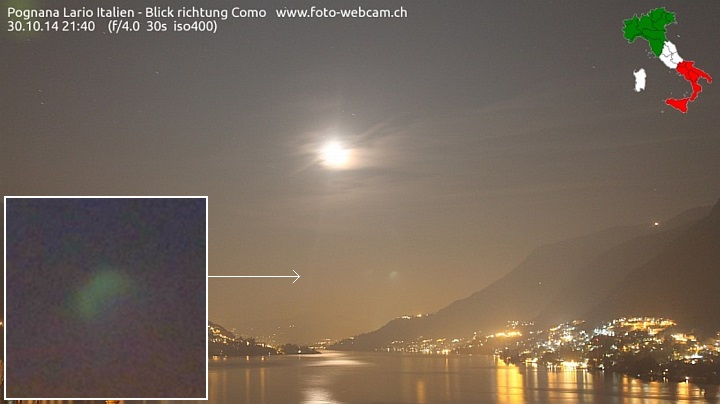 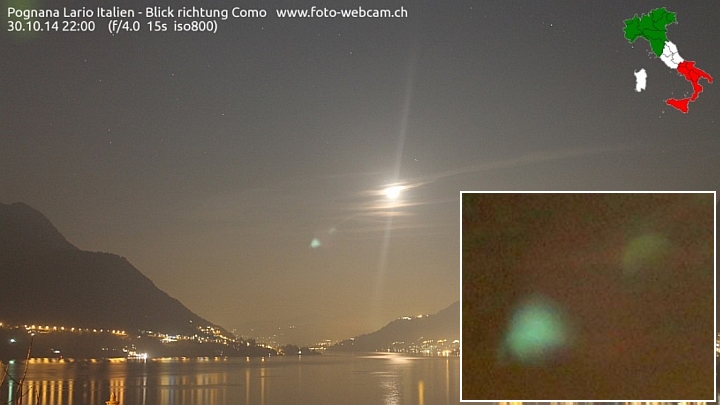 Maybe this CC shows Dark Twin sliding behind the Earth? 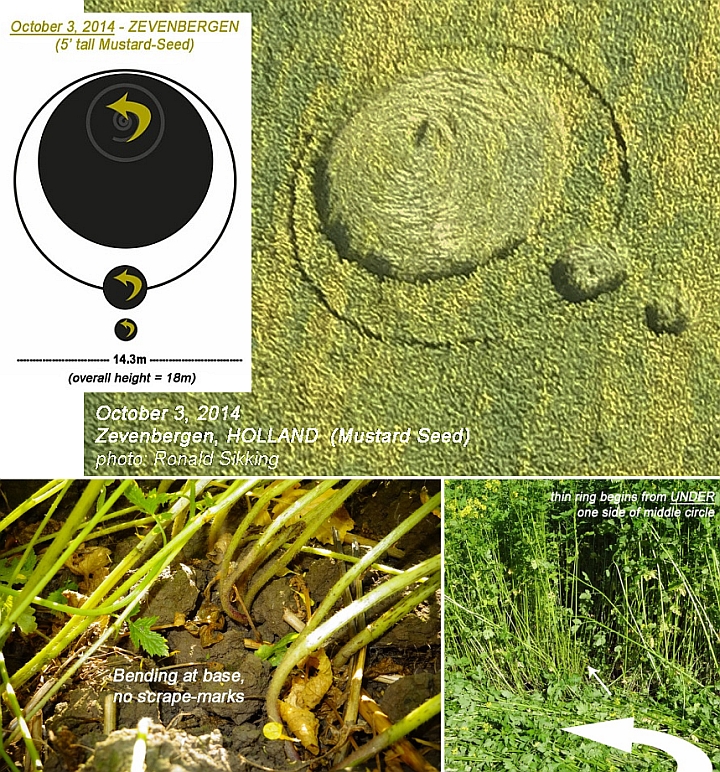 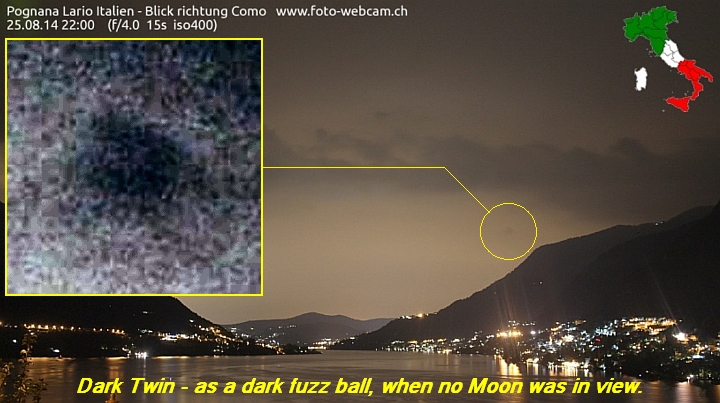 In the enlargement I notice on the right side a rounding, like a ball. Maybe in total (on the left) some "smeared" due to the long exposure time (15 sek).

One way to interrogate a webcam, which often are enclosed behind glass and thus DO have these reflections/ghosts in the images, is to check back through the calendar for days when a bright Moon is not present. For instance, the ones below, from 10/5, 10/6, and 108 at 5:30 am. No Dark Twin OR ghost is in evidence. I have brightened these images so they are not too dark to see. In contrast, the Italy cam showed a dark fuzz ball on 8/25 22:00, when no Moon was in view. 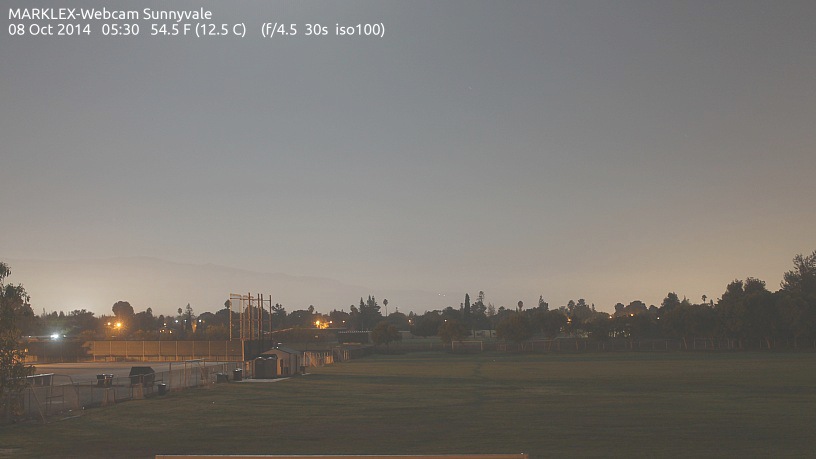 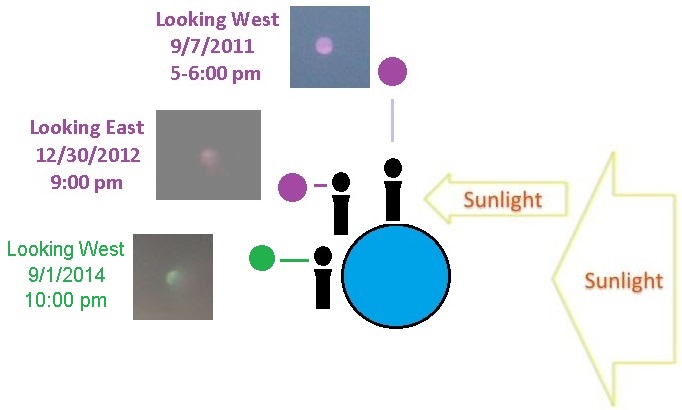