In the news today, we have the Air Asia flight QZ8501 lost contact with air traffic control and officially declared missing and there are also reports came out saying wreckage has been spotted at Belitung Island. Loud bangs have been heard by local fishermen around 7 - 8 am local time. This A320 plane is only six years old and it was last serviced on 16th of November 2014 and hence it should be in good condition. The media has started comparing this to MH370 and they could end up blaming the pilots. Can zetas confirm if this accident was caused by EMP? https://poleshift.ning.com/profiles/blogs/mh-066-electrical-problems  [and from another] http://www.dailymail.co.uk/news/article-2888862/AirAsia-flight-Indo...  The Indonesian Ministry of Transportation said that the plane had contacted Jakarta Air Traffic Control at 6.12am, and lost contact at 6.17am [and from another] http://www.nzherald.co.nz/world/news/article.cfm?c_id=2&objecti...  In the third air incident connected to Malaysia this year, an AirAsia plane with 162 people on board disappeared Sunday while flying over the Java Sea after taking off from a provincial city in Indonesia for Singapore. It is believed the flight had circled over the sea near Belitung to avoid a storm before it experienced severe turbulence and crashed into the ocean. [and from another] http://www.ibtimes.co.uk/air-asia-qz8501-loud-bang-heard-by-fisherm...  In the aftermath of the Air Asia flight QZ8501 with 162 people on board going missing, a loud bang was reportedly heard by fishermen over Belitung Island at around 07:00 to 08:00 in the morning. The bang came from within a five-mile radius between Coconut Island and Bird Bath Beach, Damar. Belitung is an island on the east coast of Sumatra, Indonesia, in the Java Sea. The fishermen who were at sea engaged in their regular fishing activities near Coconut Island also claim that the explosion was quite powerful. [and from another] http://www.news.com.au/travel/travel-updates/missing-airasia-flight...  After the disappearance of QZ8501, aviation experts are already comparing the incident with the yet to be solved mystery of MH370. Like MH370, the AirAsia Indonesia flight disappeared from radars and made no further communication with Air Traffic Control early into the flight from Surabaya to Singapore. Severe weather was a common feature of Indonesia at this time of year, but it was almost unheard of for a modern aircraft to be brought down by turbulence at altitude.[and from another]  On a separate accident, on the same day and similar time, a car ferry caught fire in Greece near the Island of Corfu. It might not be related but it feels like I was also caused by EMP. [and from another] http://www.reuters.com/article/2014/12/28/us-greece-ship-idUSKBN0K6...  Rescue vessels struggled to approach the burning vessel in high winds and rough seas. The fire broke out in the lower deck garage of the vessel but there were differing reports of when it started. Initial reports said the fire began at around 6.00 am. local time but Italian officials put the time at 4.30 am. [and from another] http://rt.com/news/218179-ferry-greece-italy-fire/  Fire broke out on an Italian Norman Atlantic car ferry traveling from western Greece to eastern Italy at around 6.00 am local time (0400 GMT). The international evacuation effort including Italian and Albanian forces is complicated by dangerous weather conditions with strong winds blowing in the area northwest of Corfu. 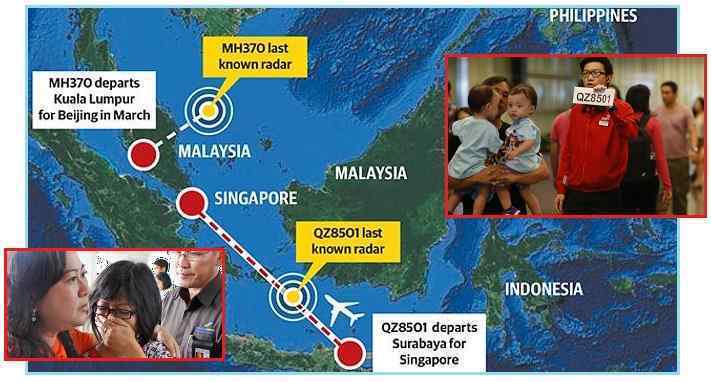 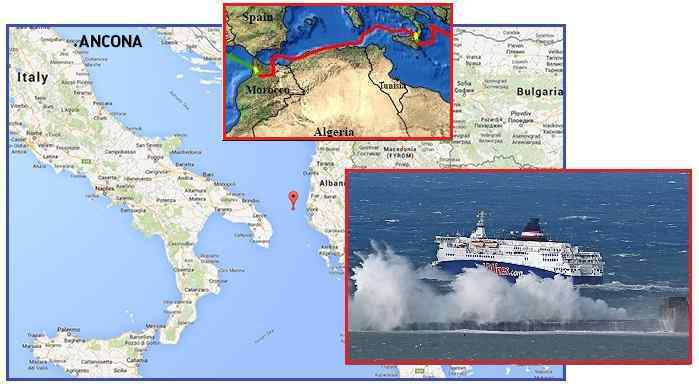 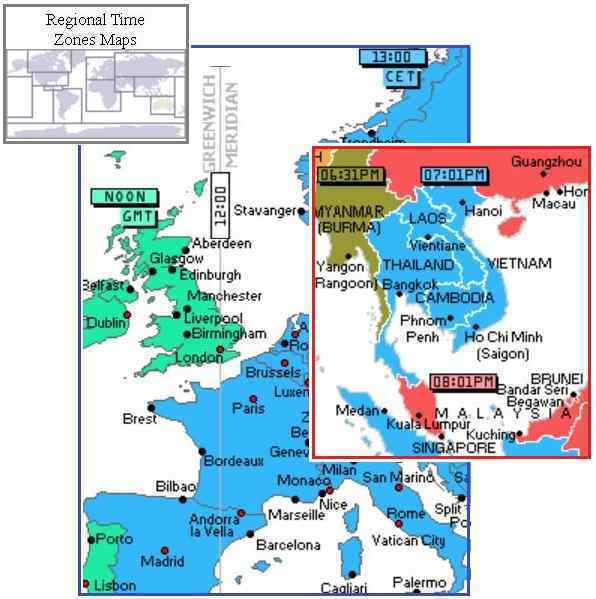 Is there a commonality between the predawn fire that broke out on a Greek ship and the predawn explosions of Air Asia flight QZ8501 in Indonesia? Yes. They did not occur at the same time, as the Greek ferry fire started several hours after the Air Asia explosion. When the Sun is rising, Planet X and its magnetic influence comes up over the horizon just ahead of sunlight from the rising Sun. This was the case for the lost Air Asia at 6:17 am and the ferry fire at 6:00 am. Both Air Asia and the Greek ferry were dealing with turbulent winds and seas, and this will be blamed as the cause, but the truth lies elsewhere. These types of accidents will be on the increase.

The effect electromagnetic surge has on electronics includes racing engines and electrical arcs, both of which can start fires and cause explosions. From the complete loss of electronics in Air France 447 in 2009 to the racing and exploding transformers on the Russian Sayano-Shushenskaya dam in 2009, dramatic evidence of electromagnetic pulse from the charged tail of Planet X has occurred. Arcing between the charged tail and land occurs where the rock is under tension, as we have so often explained. The Sunda Plate is under constant pressure in this regard, the loss of MH 370 and MH 066 engine problems as recent examples. The African roll has the Mediterranean pulling apart, with this Greek ferry loss positioned just under a known fault line there.