Approximately 112 families have fled their homes since land began shifting in Kertaangsana village, Nyalindung district, Sukabumi, West Java.Land shifts in the village began in February and intensified on April 23, according to the Center for Volcanology and Geological Hazard Mitigation (PVMBG). People started complaining about the land movement when a landslide occurred on April 22 after heavy rain hit the area, damaging houses and roads.Kertaangsana village head Agus Sudrajat said the number of evacuees had increased.He said some had taken refuge in a building formerly used as a traditional market after living in tents provided by the Sukabumi Disaster Mitigation Agency (BPBD Sukabumi) for days.“Some others decided to take refuge in their families’ houses or rent houses in other villages,” Agus said on Wednesday as reported by kompas.com.BPBD Sukabumi recorded that the land movement.............................continues

4-22-2019 The ENTIRE Planet is convulsing, shaking, tectonic plates are wandering, and getting ready for a HUGE ADJUSTMENT with the completion of the Zetatalk PREDICTED 7 of 10. 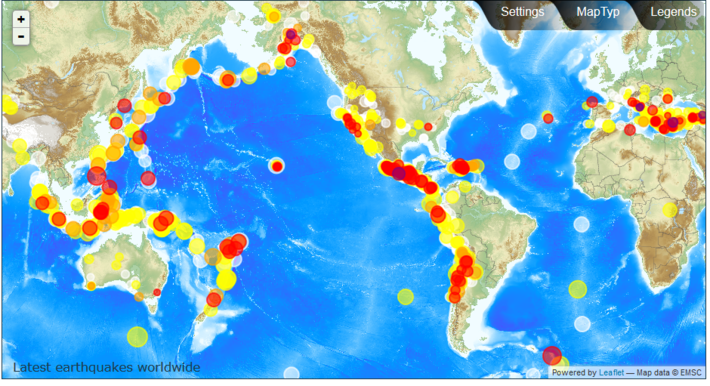 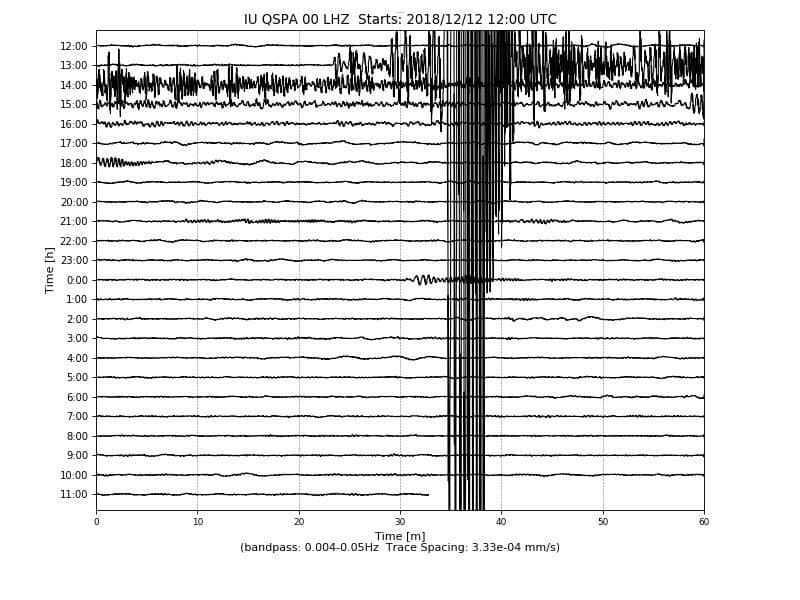 For the first time since 1975, the entire Swedish National Guard was activated.  They know what's coming.  Completion of 7 of 10 and European Tsunami, Planet X and the Pole Shift.  The Awakening. Looks like the Zeta 7 of 10 sequence is moving along.  Earthquake last 30 days. Here is some ZetaTalk that may help

Due to the rise in sea level to 675 feet within two years after the pole shift, the N American continent will appear to be two separate land masses in the future. The 7 of 10 will not effect this change, but will tear most bridges on the Mississippi River when the New Madrid adjusts. This will of course affect travel and distribution of goods, but in that the Mississippi employs barges, a workaround will be arranged quickly enough. But after the pole shift the eastern half of the continent will certainly be more isolated. Travel across the widened seaway by boat, across the flooded Mississippi Valley by barge, and by foot through the swampy land of what is now northern Illinois will certainly be possible. After the New Madrid adjusts, those living in the US should be considering their proximity to loved ones, in this light, the travel restrictions being considered a wake-up call re what is coming if nothing else.

In describing the 7 of 10 scenarios, we do not detail every minor quake or every point where a minor tsunami might be generated. The 7 of 10 scenarios did not even include the major quakes in Japan, which are predicted to be in the range of magnitude 9's. Nor did they include the tsunami that large quakes in Japan always involve, which we have recently stated could be considered to be as high as 150 feet for the South Island quakes. After the New Madrid adjusts the West Coast adjusts, as we have stated. We have not detailed this, as compared to the New Madrid this is minor. All the fault lines closely watched on the West Coast will adjust, the volcanoes nervously watched will erupt, and certainly the waters off the coast will be choppy if not generating some minor tsunami during the plate adjustments. The West Coast of the US is alert and guarded in this regard, as is Japan. They anticipate this type of activity, and will be alert to signs that a quake or eruption or tsunami is pending. Thus, we focus on the larger changes, and in warning those areas that will not receive such services from their governments.

We have been allowed to state that the European tsunami will happen almost instantly after the New Madrid adjusts. Other than indicate that a slip-side adjustment along the San Andreas will occur after this New Madrid, and occur after the Hoover Dam breaks we have not given any timing clues. Great quakes, such as magnitude 9, should not be expected, but eruptions in the West Coast volcanoes should be anticipated. A slip-slide fault line usually does not move all at once, but in a domino fashion, a bit here, a bit there.

Gerard or Howard (or anyone) - Many of us have family and friends on the West Coast, as I do.  I've been reading a little about "West Coast Adjustments" that are predicted to take place, but they are not listed as an "event" in the 7 of 10 sequence.  I was just hoping to better understand 1) what the predicted adjustments are (plate movements I presume), and 2) if there has been any indication as to when they might occur?  I would love to help/warn my family and friends who live on the West Coast in California.  Might they be part of the 8 of 10 scenarios?  If you have any links, I would be happy to read them.  Thank you so much in advance for any information!  Take care.

Here is ZetaTalk about Japan they will be Mag 8 & 9