I am from Moldova, Republic of a small corrupted State in the centre of Europe. The crisis grows stronger and every new day something goes worse, despite the fact that power changed in February of this year and "all the olgarhs ran away". The prices and taxes keep rising, the law still not working and it is total disorder everywhere. Not too long time ago appeared information that our single Airport was sold to Nathaniel Rothschild. Does it mean that our Motherland is sold out and we have no chance for better future anymore? 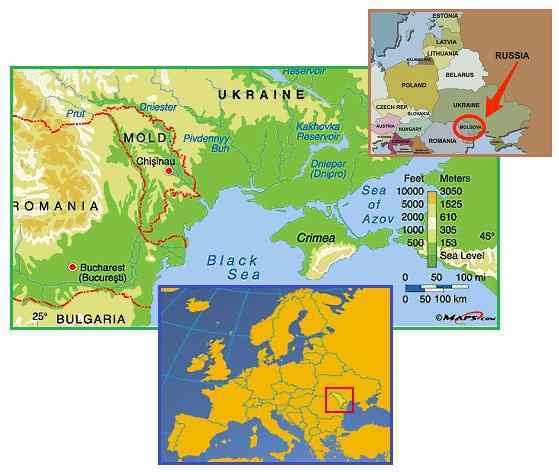 Moldova stands at the cross roads of many cultures and issues - between the political influence of Russia vs the European Union, between the banking dictates of the IMF in the West and BRICS in the East, and subject to the migrant flood flowing from Turkey and Syria.  Thus the Transformation spasms that are afflicting every culture and country in the world are magnified in this small country. We predicted that during the 8 of 10 phase, where 10 of 10 is the hour of the Pole Shift, that there would be sociological changes.

We predicted that establishment and media heads would go into hiding when the truth about Nibiru is known. Phones will not be answered except by frantic secretaries and doors will be slammed shut, “no comment” the standard response.  The migration panic that has already beset many parts of the globe will increase, resulting in some borders being breached with an irrepressible flood of desperate people and the elite rushing to their enclaves early to escape the horde.  Meanwhile, the elite who want the cover-up over Nibiru to continue as long as possible are gripped by cold fear.

The trends are obvious though not broadly announced. Democracies, particularly in S America, are on the increase and the cold, cruel hand of the Satan worshipers who have been in control of Western cultures is being eliminated, if only by execution disguised by the insertion of doubles (as has occurred for Queen Elizabeth recently). Money laundering networks, such as the Clinton Foundation, are finding their illegal funds confiscated, and pedophilia blackmail stopped. But the effect of the Earth changes will mean such financial losses that banks and social services are likely to collapse. What then?

We have long predicted that ultimately the barter system will be used by survivors, all paper money and former assets such as jewels and Gold worthless for barter by those who are hungry.  The bankrupt banks may hold secured notes such as mortgages, but will increasingly find the court systems ignoring their demands for foreclosure. Foreclosed properties will become occupied by the homeless, and squatters rights will prevail. We have also predicted that Martial Law will prevail in almost all countries, to control rioting. But as starvation increases those in cities will be forcibly moved to rural areas and forced to grow food.

President Trump on Monday said he will sign an executive order to temporarily suspend immigration into the United States amid the coronavirus pandemic, an extraordinary move that prompted immediate questions about its timing and scope.

"In light of the attack from the Invisible Enemy, as well as the need to protect the jobs of our GREAT American Citizens, I will be signing an Executive Order to temporarily suspend immigration into the United States!" Trump tweeted.

The order would mark a stunning use of executive power by Trump, who hours earlier was speaking optimistically about the ability of certain states to begin reopening their economies despite the threat of the virus. It is likely to draw swift legal challenges.

The suspension of all immigration would serve as an extension on the travel restrictions the Trump administration has already imposed on most of Europe, China, Canada, Mexico and Iran. 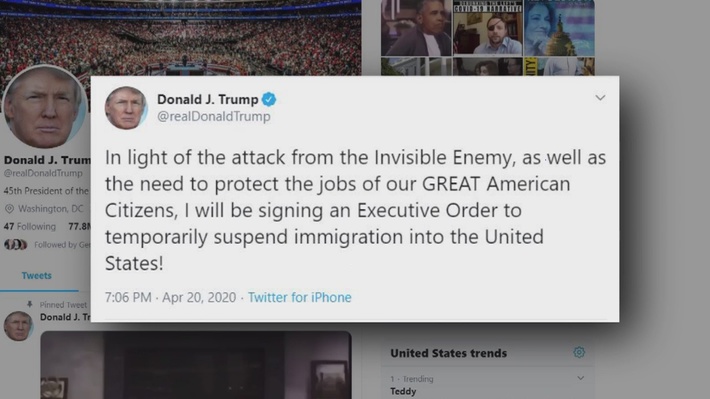