Can the Zetas comment on NASA's Artemis program, that has as its goal to revisit the moon?  NASA knows that the COW will not allow escape to the moon or Mars, so even if the mission has enough time before the Nibiru-inspired Earth changes make things like this impossible, what is their real goal?  Is it to have a couple of successful launches to restore the trust of the common people towards NASA? Something else?
[and from another]
https://en.wikipedia.org/wiki/Artemis_program
The Artemis program is a robotic and human Moon exploration program led by the United States' National Aeronautics and Space Administration (NASA) along with three partner agencies: European Space Agency (ESA), Japan Aerospace Exploration Agency (JAXA), and Canadian Space Agency (CSA). The Artemis program intends to reestablish a human presence on the Moon for the first time since the Apollo 17 mission in 1972.
[and from another]
November 24, 2022
https://www.nasa.gov/specials/artemis-i/
Launch date: Nov. 16, 2022 Orion is now about one day away from entering into a distant retrograde orbit around the Moon. The orbit is “distant” in the sense that it’s at a high altitude approximately 50,000 miles from the surface of the Moon. 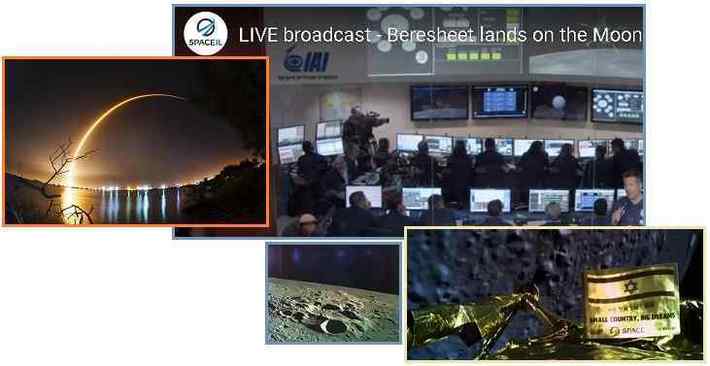 SOZT
We have made the statement that all probes being sent aloft at present have as a primary task to determine the location and trajectory of Nibiru. When traveling to the Moon they have a secondary task as aliens in the Service-to-Self are known to have bunkers on the Dark Side of the Moon, so the only way to assess the status of their enclaves is for a fly-by. Aliens in the Service-to-Other tasked with helping mankind have no need to remain in 3rd Density, as they have good teamwork so can switch to the next dimension when not in service on Earth.

We have stated that the Council of Worlds will not allow the elite to escape
http://www.zetatalk.com/ning/30no2020.htm
to the Moon or Mars in order to evade the horrors of the Pole Shift on Earth. Musk’s attempt to establish colonies on Mars have met with disasters for this reason. The Council aborted the Beresheet
http://www.zetatalk.com/newsletr/issue656.htm
launched by the Israelis in 2019 to give a message to the world. The Moloch practice, promoted by the Khazarians led by Bibi, would not be rewarded. China’s Chang'e
http://www.zetatalk.com/newsletr/issue742.htm
endeavors, which were strictly educational, were not countered but in fact encouraged.

What is to be made of NASA’s new Artemis launch? This will take several swings around the Moon, a technique to get a boost from the gravity tug from the Moon. It will be able to take a good look at the Dark Side of the Moon, which is not considered a problem by the Council. Nor are their plans to confirm the location and trajectory of Nibiru, which has as expected proceeded according to our predictions. This data will be shared with Heads of State around the world, as has been the practice since 2003. If they cooperate with the Nibiru cover-up, they get the info.
EOZT

Prior 11/30/2020 ZT:
http://www.zetatalk.com/ning/30no2020.htm
In the past, the US and Russia landed on the Moon and collected soil samples and artifacts. China’s imaging of the moon with Chang'e-2 in 2012 was successful and Chang’e-4 and Chang’e-3 landed on the Moon without problems. The Israeli Beresheet abortion showed, the Council of Worlds will not allow the Moon to become an outpost of any power wanting to dominate the Earth from that vantage. Attempts to allow the elite to escape the trauma of the Pole Shift on Earth are likewise blocked by the Council of Worlds.

The Chinese people have finally had enough of their endless lockdowns. When will this result in breakaway communities? California already has this beginning, in the Micro Nations trend.
[and from another]
Depressed, Powerless, Angry: why Frustration at China’s Zero-Covid is Spilling Over
November 27, 2022
https://www.theguardian.com/world/2022/nov/27/anger-mounts-as-china...
In videos shared on social mediaon Saturday, people in Ürümqi, the capital of the Xinjiang region, appeared to be angrily confronting officials after an apartment fire killed 10 people. Thousands of workers in an Apple iPhone factory in central China last week clashed with riot police and tore down barricades. The previous week, migrant workers in the southern Chinese metropolis of Guangzhou crashed through lockdown barriers and marched on the streets.
[and from another]
Macron Confronts Growing Unrest
October 20, 2022
https://foreignpolicy.com/2022/10/20/france-strike-protest-macron-i...
French authorities have scrambled to respond to mass strikes and protests that have roiled the country for weeks, sparking acute fuel shortages and travel disruptions. Although the strikes first began among oil refinery workers, they have also rippled into the country’s nursing, nuclear power, and transit sectors, among others, in recent days. From teachers to railway staff, more than 100,000 people marched throughout the country on Tuesday to demand higher pay.
[and from another]
Pro-Bolsonaro Protests Escalate in Brazil after Election Loss
November 25, 2022
https://www.pbs.org/newshour/world/pro-bolsonaro-protests-escalate-...
For more than three weeks, supporters of incumbent President Jair Bolsonaro who refuse to accept his narrow defeat in October’s election have blocked roads and camped outside military buildings in Mato Grosso, Brazil’s soy-producing powerhouse.
[and from another]
Welcome to Slowjamastan
October 21, 2022
https://www.altaonline.com/dispatches/a41548443/slowjamastan-micron...
Located in California’s Colorado Desert 14 miles southwest of the Salton Sea, Slowjamastan is one of the world’s newest micronations—or nations of any kind, for that matter. Ruled over by Sultan Williams, who spins romantic tunes on his internationally syndicated radio show Sunday Night Slow Jams on San Diego’s Magic 92.5 FM, where he’s also the program director, Slowjamastan is one of hundreds of actual micronations around the world.
[and from another]
List of Micronations
https://en.wikipedia.org/wiki/List_of_micronations
Micronations, sometimes also referred to as model countries and new country projects, are small, self-proclaimed entities that claim to be independent sovereign states but which are not acknowledged as such by any recognised sovereign state, or by any supranational organization. They should not be confused with microstates, which are recognised independent states of a small size, nor should they be confused with unrecognised states, which are of more geopolitical significance because they exercise clear control of actual territory to the exclusion of widely recognized countries. Motivations for the creation of micronations include theoretical experimentation, political protest, artistic expression, personal entertainment and the conduct of criminal activity. 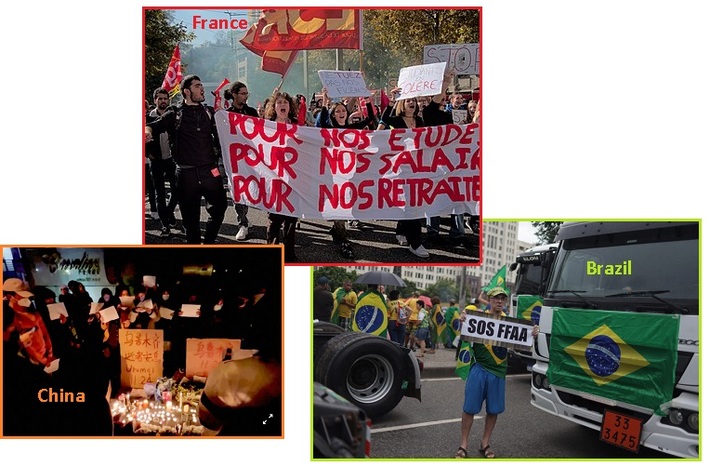 SOZT
Recently protests around the world are on the increase. The reasons vary but at center in each case is a dictatorial stance by the establishment. Canada forced the deadly Covid-19 vax onto truckers, and Australia followed suit. China has from the start used the Covid-19 pandemic as an excuse to control their public, starting with a test in Shanghai. Europe considered Covid-19 passports to restrict migration. All this depresses economic activity and causes shortages, but as the fear of a Nibiru awakening grips the elite, these restrictions and the anger in the public will only increase.

At some point, and often suddenly, protests can morph into rebellion with the old regime being overthrown or more likely ignored. Those responsible for promoting the deadly Covid-19 vax rules are already considered the enemy. It is a precept that no King can rule without the support of the Military, and the attitude of the Military and Police is key. Their sympathy will lie with the protesters as they and their families have been affected too. Starvation and especially for Europe a freezing Winter are all ascribed to bad governance, which will add to this revolt.

Self-sufficient survival groups will at first be tolerated by the local police and military, especially if these camps do not harbor criminals. In fact, food production in the camps, bartered with the neighbors, will quickly swing the police and military in the area to support the camps. Camps will flourish when natural leaders emerge and are de facto elected by the camp residents. The energy and frustration poured at present into protests will find a new outlet. The old establishment will find themselves ignored.
EOZT

As is our usual practice, we are closing this November Q&A and opening December. Please post your new questions there. Thank you.