* Monitoring of Ground Motion in REV 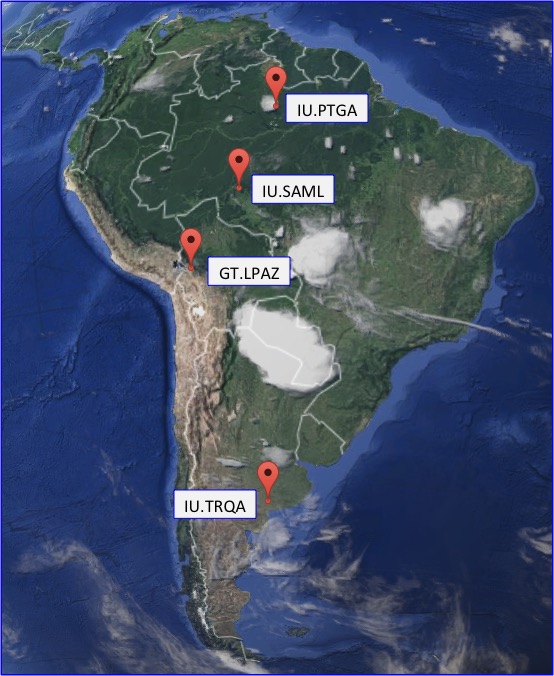 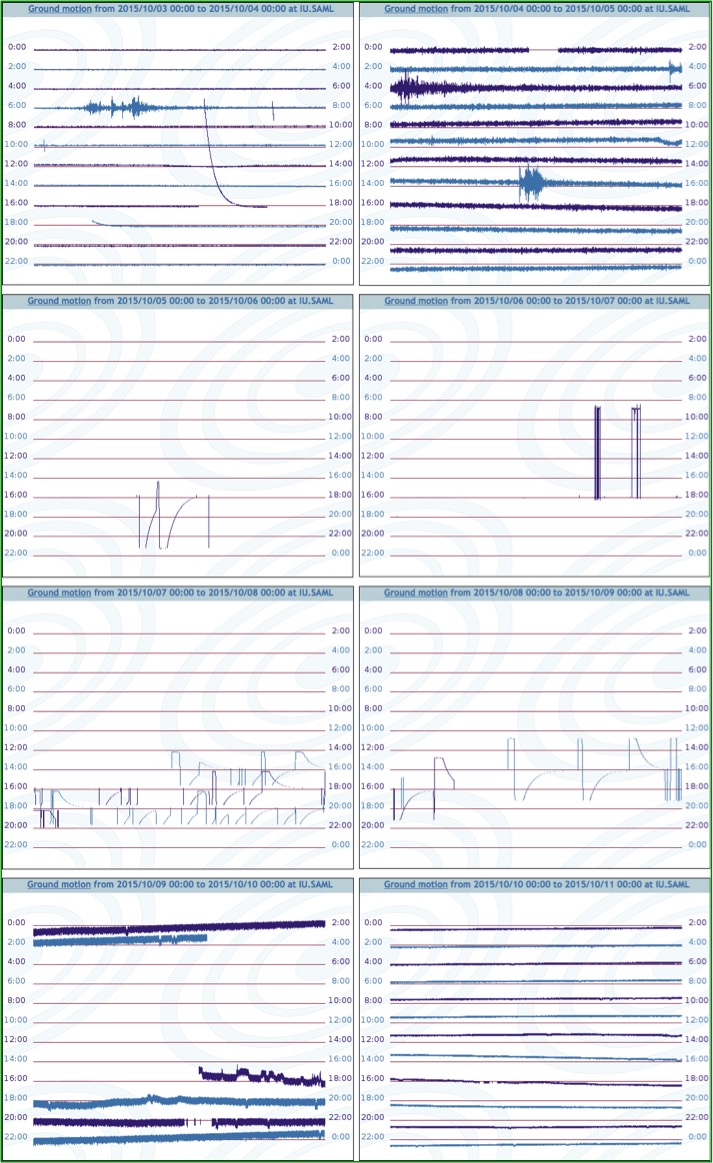 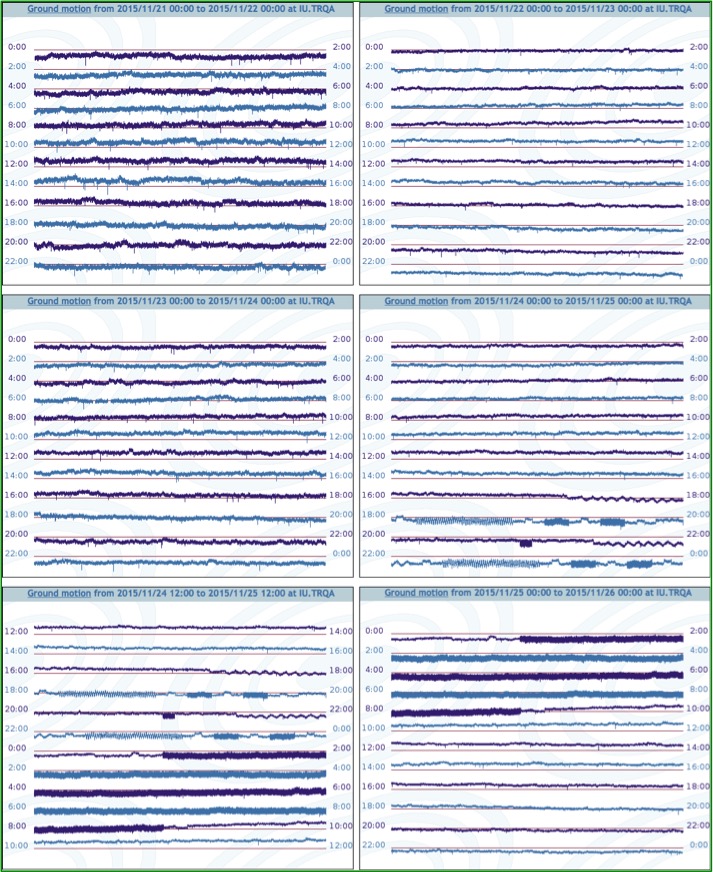 A new river emerged overnight near the town of Chaján late November of last year.

According to the story, mysterious rumblings like the noise of a jet engine were heard and felt during a few days before the river formed.

The new mysterious river begins at the Cerro La Paraguaya, northwest of Chaján, travels 12 kilometers to the National Route 8 and 12 before reaching the Chaján river. The new river that mysteriously emerged South of Cordoba has a leng...


At some places, the river has created a five to six meters high and 10-15 meters wide canyon. The river itself has a depth of one meter and is by two meters wide. Water has formed a large canyon in this agricultural part of Argent...


Nobody in the region had ever experienced such a phenomenon. Normally, after heavy rains, the water used to run in small surface channels but had never created a new river. The river formed overnight after heavy rains. Photo by Lavoz


The water balance of the region has been destroyed by the intensification of the agriculture. This new river phenomenon will probably increase exponentially in the future. The new river cut fields in half but shouldn’t be a threat for high...


In the 2000s another new 40-kilometer-long river called ‘Rio Nuevo’ also emerged out of nowhere near San Luis. If you understand Spanish you will also like this video:

The new river most probably emerged after two days of heavy rain (> 100mm) in November 2015. What started with a small fissure in early 2015 is today a giant mysterious earth crack nearly a kilometer in length that crosses the village of Aponte, Colombia.

The crack has caused enormous damage to roads and houses in the village of Aponte in Nariño. At least 210 families are affected by this geological anomaly. The gigantic crack is growing and devastating Aponte, Colombia, but nobody knows its origin. The unexplained crack in the ground is 1,200 meters long and 50 centimeters wide. At some points its depth reaches up to four meters. The enormous crack has caused large damage to roads in Nariño. Only in Aponte 170 houses are cracked and have to be evacuated. At least 210 families are currently affected by the growing fissure. Since December 2015, ten families are monitoring the changes along the crack. Results show that since December 24th the the fissure increases by 20 to 50 millimeters. Some days, rumblings similar to wind blowing out of the ground are heard. On such days, the separation sometimes reach one centimeter. An engineering battalion was sent by Bogota to investigate the failure. According to the ancient Inga indians living on that ancestral land, Earth is looking for ways to draw attention to the damage it is currently suffering. Watch the crack on this video by Miguel Córdoba… Terrifying:

The Indian village is about to disappear and there is no immediate solution in sight. Terrible!

Vladimir Moreno, director of the National Seismological Research Center, said it's a situation ever recorded on the island and can be indicative of a more severe earthquake

HAVANA For the first time in the history of Cuba there have been more than 500 quakes in less than two days, 19 of them perceptible, keeping the alert to the possibility of a major earthquake, reported Vladimir Moreno , director of the National Seismological Research Center (CNIS).

Speaking to reporters, he added that this situation is totally abnormal, ever recorded on the island, and can be indicative of a more severe earthquake, as happened in 1932.

He recalled that at that time minor events were detected until it happened an earthquake measuring 6.7 on the Richter scale, which destroyed part of Santiago de Cuba and caused some 13 deaths.

Moreno said than normal on the island is to register 15 to 20 daily movements, and not around 500 as happened now.

The epicenters of the movements that began last Sunday and whose magnitudes ranged between 3 and 5 degrees on the Richter scale, was located 40 kilometers from the city of Santiago de Cuba in eastern Cuba, where traditionally takes place increased seismic activity in the Caribbean country. There are no reported casualties or major property damage.

The alert decreed covers the whole country and said that "given the vulnerabilities of the state of the construction and maintenance of the housing stock of industrial facilities" available to the country, "have pointed out the forces and means that respond "a major earthquake, with the participation of the armed forces and other state institutions.

Thousands of inhabitants of Santiago de Cuba remained until the early hours of Monday in open places like squares and parks, while the Civil Defense called for calm and follow official guidelines.

The main natural phenomena that affect the island are tropical cyclones and so far, seismic activity had been isolated, but has increased in recent years.

Unlike other countries traditionally affected by earthquakes, in Cuba most buildings are not prepared to withstand these phenomena. 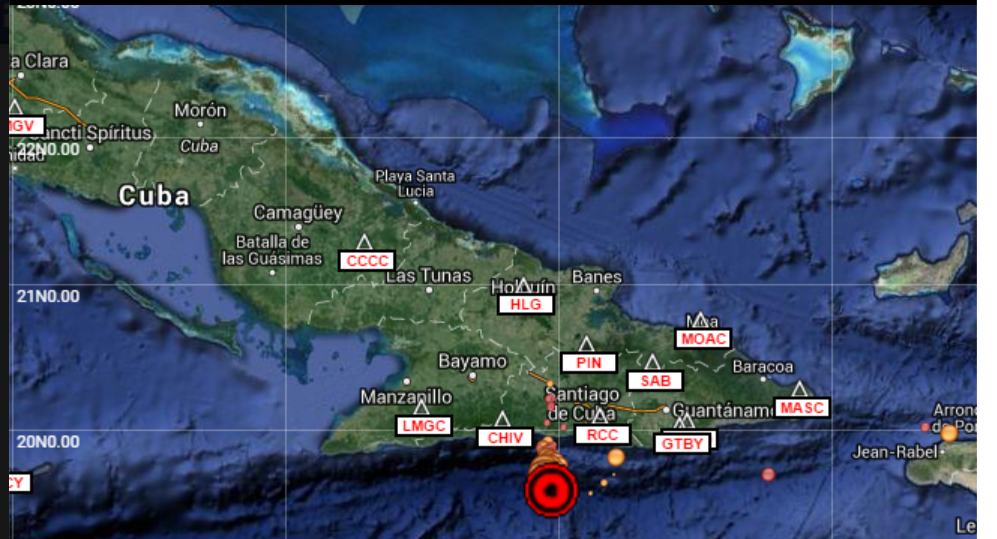 A boiling river deep in the Amazon, long considered an impossibility due to its distance from any volcanoes, has been confirmed.

Growing up in Peru, Andrés Ruzo had long heard strange tales of a river deep in the Amazon that boiled from below.

As an adult – and a geothermal scientist – Ruzo figured that the legend was unlikely.

But Ruzo remained intrigued. As a PhD student in geophysics at Southern Methodist University he set his sights on creating a comprehensive geothermal map of Peru, including parts of the Amazon, wondering if indeed a boiling river could exist in the region – an idea his peers found ridiculous.

It would take a tremendous amount of geothermal heat to boil even a small section of a river, notes Maddie Stone in Gizmodo, and the Amazon basin lies hundreds of miles from any active volcanoes. Even his thesis adviser told him to stop exploring “stupid questions.”

But Ruzo persisted, and his “stupid questions” led to his locating the real-life boiling river – the sacred healing site of Mayantuyacu, hidden deep in the Peruvian rainforest and overseen by a powerful shaman.

"As a geothermal scientist, I know that 'boiling rivers' exist – but they’re always near volcanoes. You need a lot of energy to heat up that much water," writes Ruzo in National Geographic. "Yet here in Peru, more than 400 miles from the nearest active volcano, was the Boiling River of the Amazon."

At 4 miles long and up to 82 feet wide and 20 feet deep, the river’s temperatures generally range from 120F degrees to 196F degrees, and in some parts it actually boils. Animals who fall in are killed quickly. And while there are hot springs in the Amazon, there is nothing like this river which is known to locals as Shanay-timpishka.

This is a huge crater formed since last Sunday, causing the water to go to an underground well mentioned leaving the river without water on the surface. According to reports from residents of the area of ​​Atoyac, they mentioned that Sunday morning heard a loud roar and then the water stopped following its course, which has caused communities like La Angostura, Potrero Nuevo Atoyac, Caballo Blanco and Carrillo port, run out of water.

After the hail in Saint Claude, snow!

images, filmed by an amateur camera, hardly believable in Guadeloupe. After the hail of it a few days ago, the commune of Saint Claude, at the foot of the Soufrière lived a real episode of snow today Two weeks ago in the same area, in a residential district which is just below La Soufriere Volcano overlooking the Town of Basse Terre, residents were surprised to see hailstones falling from the sky.