This vid was just captured 11 Jan 18 in Great Britain. They are claiming a crane in the deep fog. Can the ZETAS comment is this another pending warning?
[and from another] https://www.facebook.com/ufoofinterest/videos/1953904628160363/ MUFON case #89494: #UFOs over #Basingstoke, Great Britain on Jan 11, 2018? What could be those mysterious lights? [and from another] https://twitter.com/ufoofinterest/status/952470660231639041 About the five mystery lights filmed above #Basingstoke, I think could be lights from a tower/mobile crane. There are many similar examples. 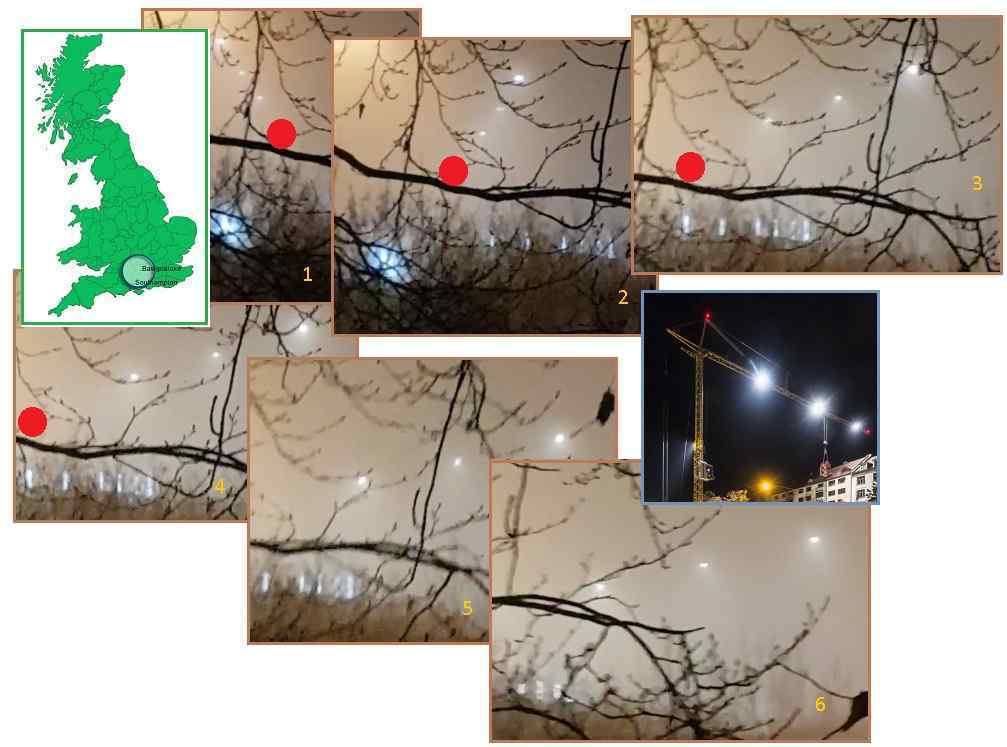 Where at first glance the explanation that these 3 lights are on a mobile crane in Basingstoke seems reasonable, a careful analysis shows that the fulcrum of the crane is not consistent. At first, the fulcrum seems consistent with a mobile crane, but then it moves too far to the right, an impossible feat. As we have explained, the Element of Doubt must always be available for the faint hearted. Basingstoke lies in southern Britain, between London, which will be assaulted by churning waves from the English Channel, and the Bristol Channel, which will get tidal bore from any European tsunami.

In the original 7 of 10 warnings, the New Madrid adjustment was followed by what was termed a European tsunami. In that the Council of Worlds installed humming boxes to reduce the impact of the plate movements, softening them and making them more gradual, the European tsunami threat seemed diminished. To what extent will it return, now that the Council of Worlds has lifted the brake on the 7 of 10 plate movements?  This UFO warning is telling the people of Basingstoke that their floods may come from both the East and from the West. For flooding to reach Basingstoke, the tsunami assault will be significant.

Could this be another warning for England? Screen shot of video below.