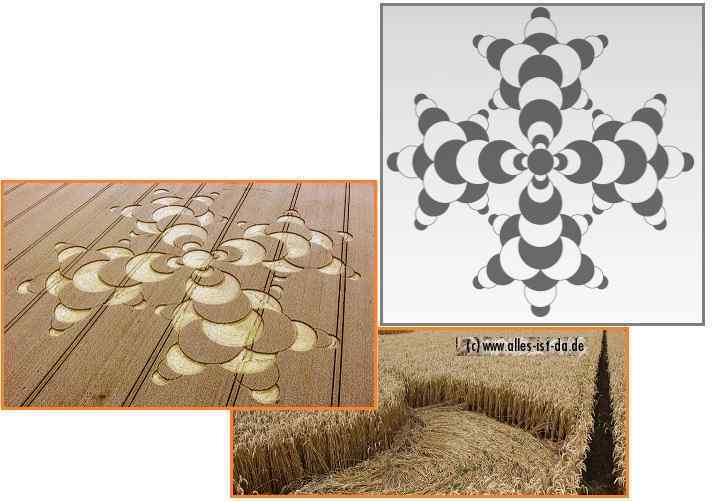 This design is huge and with crisp outlines and grain bent at the node throughout the complicated design. It is thus unquestionably legitimate. The message from the circle makers is clear – pay attention to this design, and grasp its meaning! In our recent ZetaTalk on the heat waves afflicting parts of the Northern Hemisphere, we emphasized the role of the daily Figure 8 wobble. Temperate regions are being pulled sideways into more tropical sunlight, thus the heat over the western side of the N American continent and from Persia up through Europe.

The July 23 Bavaria design has a wobble message. We have in the past mentioned a wobble within a wobble that would emerge, but did not detail the effect of such a redundant wobble. As this is about to emerge, we will detail the effect now. The Figure 8 does not stop merely because the globe has had its N Pole pushed away into a temporary period of darkness for the Northern Hemisphere. Even while dealing with unusual darkness, the population affected will note the Figure 8 swings to the left and right. Likewise for any temporary leans into opposition or leans to the left or right.