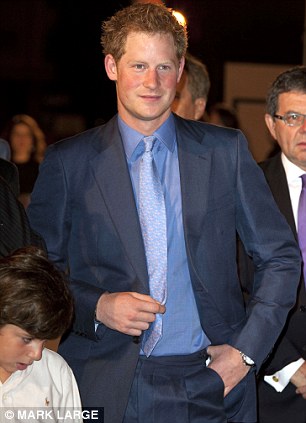 In a move that closely resembles his father's behaviour as explained by the Zetas previously (http://www.zetatalk.com/ning/03de2011.htm), Prince Harry has taken the bizarre step of using a budget airline (no doubt trying to avoid attention) to fly out to Romania and spend time with a count who just happens to be the guy who maintains Prince Charles' post poleshift getaway cottages!

At a time when the Council of Worlds is saying that they are planning moves intended to break the cover-up and given the fact that the Zetas have repeated stated in the past that the British Royal family intends on running for the hills and completely deserting their 'subjects' when the time comes, this recent move by Harry seems to confirm that assertion.

He is making sure he has a place in Romania too, as he knows full well how accurate the Zetas are and that soon people will find out that the establishment has known about the poleshift for decades and kept that information to themselves! For anybody in a position of influence with knowledge of PX, true heroism would be to use the live television platform they are periodically afforded to unexpectedly break the cover-up. This would surely be a highly service-to-other act, worthy of risking ones life for. Affording hundreds of millions of his fellow man a choice.

What is ones life, given in service, to save millions more?

@Mark: ZetaTalk has a huge number of pages, but I remembered the ZT about Prince Harry because I was surprised to learn there is apparently a solid STO soul in that bunch, one with some guts too.

the other part of this article is to show the power of twitter - just one person on the plane tweeted that Prince Harry was on the same plane as them and then it becomes a news article as a result.

Imagine what twitter will do for the poleshift message when the cover-up begins to break - you will see trending topics on twitter about the PS that will dwarf all other previous trends!  When the time comes, twitter users will forget about celebrity gossip and it will ALL be about Planet X!!!!

Yes, I'd forgotten about that previous ZT about Harry - given how strong his feelings were against what his family was doing in the past, it seems unlikely that he would have done a complete u-turn and now only be looking out for himself.

Perhaps it is sympathy we should have for Harry instead - surrounded by a family whose behaviour he abhors but is forced to do the same as he finds himself caught between a rock and a hard place - he can't announce to the world what is really going on, no matter what his personal feelings are on the subject, and knows that he will inevitably be blamed just the same as the other royals as a result - so what are his options - flee to safety like the rest or stay and face the lynch mob on his own?

No choice but to flee.

I expected this from their parents, but was hoping the the kids would be the ones to have the compassion in the family and show a good example.

Some of These Royal Families, will practice Cannibalism in their underground bunkers...

The circumstantial evidence appears to make a case against Prince Harry, but then there is the ZetaTalk about him that points in a different direction.  (He could have changed his mind since then, of course.)

Prince Harry is apparently going to the front line in Iraq according to the news. Is this some sort of publicity stunt, or is there more to Prince Harry than meets the eye? Is he really going to be sent there? And does the removal of British troops In Iraq to Afghanistan have anything to do with this?

If you were royalty, and were disgusted with the conduct of your family and your countries leaders, what would you do? The Queen, as we have mentioned, was at the helm of Diana's death. Blair clearly does not have the countries welfare in mind when he cooperates endlessly as Bush's poodle. Prince Harry is aware he could die or be maimed, but he is creating a conflict in Blair and the Royal family, which he is personally aware are looking out for themselves at the present time. He may not have been briefed on the presence of Planet X, but is aware of travel plans for the royal family, to ditch out and leave the country to its fate. This is a protest, the only one he can make!  http://www.zetatalk.com/index/zeta358.htm

It is so sad to see that the legacy of Lady Di did not transfer to the offsprings :(

There is no  accountability for their actions, like rats fleeing a sinking ship.

After living high on the British taxpayer, they are going to ditch out and go elsewhere. Way to go royalty! Not even enough backbone to tell their subjects what they know is coming.