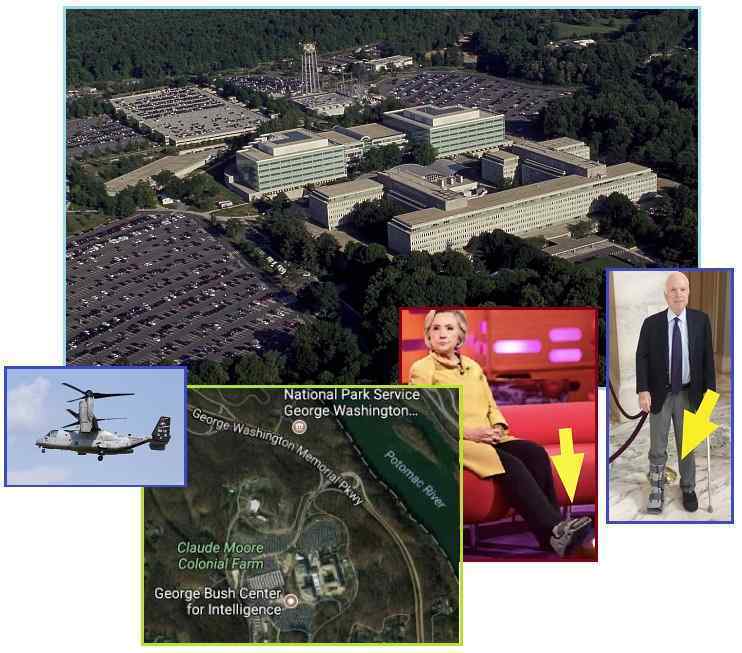 There have been hints in the alternative media that a purge of the Deep State involved in crimes using the cover of the authority of the United States was in process. Trump’s recent statement that it was the “calm before the storm”, and various rumors that hundreds and perhaps up to 4,000 indictments had been issued, waiting to be served. Clear signs that both Hillary and McCain were under House Arrest due to their ankle bracelet boots, where McCain even switched his boot to the wrong foot for a press interview, being forgetful and senile. The Marines landing at Langley, CIA headquarters one recent weekend, and then FBI email released showing they were under instructions to help Hillary win the 2016 election. The elevation of Hillary’s Uranium One debacle and the return of the illegal email server issues to the spotlight, with AG Sessions allowing these matters to return to investigation. This followed by the retirement plans of the FBI’s second in command, McCabe. The Saudi Arabia purge of princes involved in looting the Kingdom’s treasury, which we reported was to block an attempted assassination of the King by the Soros crowd.

These are all clues as to the pertinence of Trumps National Emergency order, and clues are all you should expect to receive. We have stated that the Junta currently running the US government does not want their status pushed in the face of the American public. The US is not under Martial Law, per se, but the talking heads on TV would endlessly ramble on about who was in charge. In that public awareness of Nibiru, and what its passage will mean, is pending and urgent, there are more important matters to address. That said, what does Trump’s Executive Order mean? It means that all Hillary funds, laundered through the Clinton Foundation, will be confiscated. She and Bill accepted deposits from African dictators known for their human rights abuses. All Soros funds will be confiscated. Any Saudi funds on US soil that the King cannot access will be confiscated. US politicians known to be padding their pockets with drug money will find this confiscated, and that includes Herbert Bush, the drug Kingpin. None of these matters will be in the press, per se.

On December 18, 2018, President Trump issued a notice to continue for 1 more year the national emergency and executive order declared by the "Executive Order Blocking the Property of Persons Involved in Serious Human Rights Abuse or Corruption" (signed Dec. 20, 2017 / issued Dec. 21, 2017).
In the ZetaTalk explanation above on this page, the Dec. 20/21, 2017 executive order is referred to as "Trumps National Emergency order" and "Trump’s Executive Order". 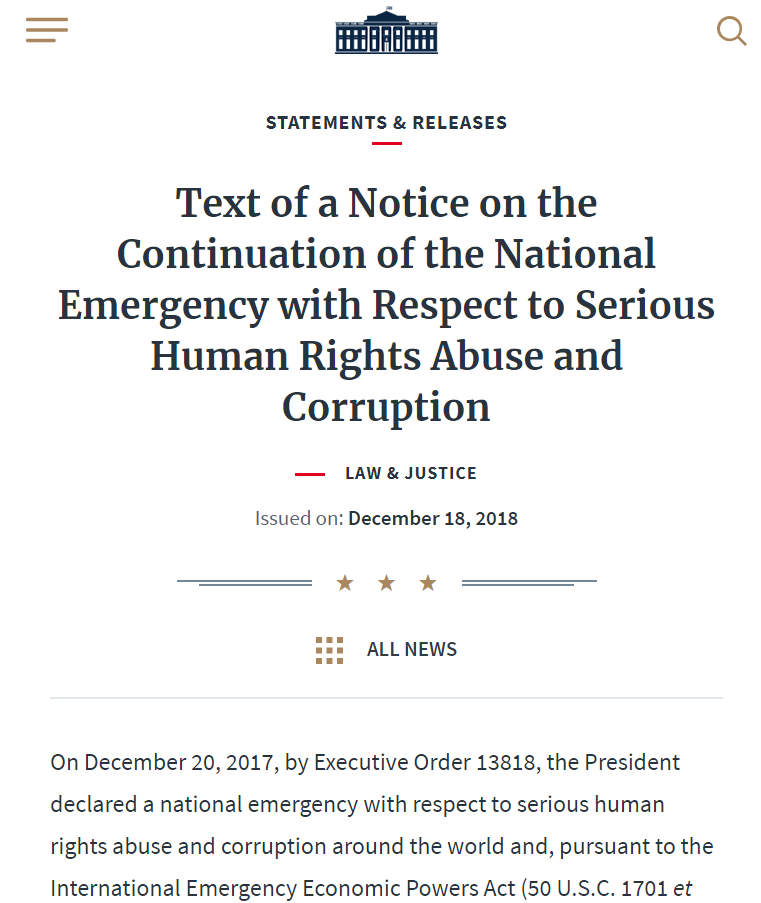 The continuation notice states:
"The prevalence and severity of human rights abuse and corruption that have their source, in whole or in substantial part, outside the United States, continue to pose an unusual and extraordinary threat to the national security, foreign policy, and economy of the United States. For this reason, the national emergency declared on December 20, 2017, must continue in effect beyond December 20, 2018. Therefore, in accordance with section 202(d) of the National Emergencies Act (50 U.S.C. 1622(d)), I am continuing for 1 year the national emergency declared in Executive Order 13818 with respect to serious human rights abuse and corruption".