After several reports to the police and the British Geological Society from concerned residents in the North of England of hearing a low frequency rumble, their houses shaking and for some a loud boom, they are being told it was most likely a plane going overhead!

Desperate times to blame stretch zone effects on something that only a fool would believe; of course if it were a plane then things like that would happen all the time.

Another example of pressure on the cover up and the population being pushed to the point of  incredulity, where they will start looking for their own answers (hopefully).

The report in the Daily Mail includes some interesting comments below:

One woman in the area affected balks at the claim that there was no damage and cites cases of windows breaking and ceiling panels and roof tiles falling.

Another points out that the blamed Tornado aircraft cannot go supersonic and a previously used supersonic jet never went supersonic over land.

Didn't have to wait long for that incredulity! :-)

Also, although not commented on, the top picture looks as if there was a UFO blitz at the time, perhaps telepathically warning people as has happened in other places. 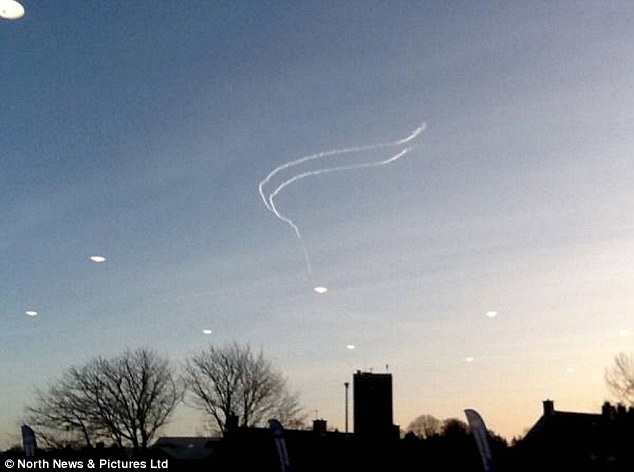 A third article here does confirm there was some minor damage in Northumberland.