I wanted to see if you could provide insight into the newly discovered planet "Niku", is this Nibiru. [and from another] Could the Zeta say something about this latest finding. Bizarre new planet with offbeat orbit stumps scientists. They aren not talking about planet 9 here but they say this new planet has a retrograde orbit just as the Zetas say about Nibiru It seems that in some time they will combine the 2 'findings' the one about planet 9 and the one about this 'planet;' ? [and from another]https://amp.businessinsider.com/niku-mysterious-object-orbiting-bey... Scientists noticed that rebel Niku seems to be hanging around a gang of other strangely aligned objects. At first glance, the scientists thought that this might suggest that Planet Nine, a hypothetical planet that would be about as much as 10 times as massive as Earth, might be pulling on the objects. But it turns out that the rebellious object would be out of Planet Nine's reach, too free-living to succumb to the undiscovered planet's gravitational attraction. So exactly what's going on is still a mystery. [and from another] https://www.rt.com/viral/355581-neptune-orbit-planet-scientists/  The Pan-STARRS 1 telescope in Hawaii spotted the mini planet Niku. A tiny, mystery planet located on the far side of Neptune is breaking all the rules and leaving scientists baffled.  Niku, named after Chinese word for ‘Rebel’, has a diameter of just 200km (120 miles), is 160,000-times smaller than Neptune and behaves like no other similarly-sized planet in the Solar System. This trans-Neptunian object orbits the Sun in a retrograde direction, meaning it rotates in the opposite direction to the Sun’s rotation. The angle it takes for this unusual orbit is at 110 degrees to the flat plane of the Solar System, on which other planets move around the Sun. Matthew Holman of Harvard-Smithsonian Centre for Astrophysics was among the team of scientists who discovered Niku and admits this phenomenon throws up many questions. He said: “It suggests there's more going on in the outer Solar System than we're fully aware of.” It's quite possible Niku is part of a group of highly-inclined objects all moving in a strange orbital pattern around the Solar System. 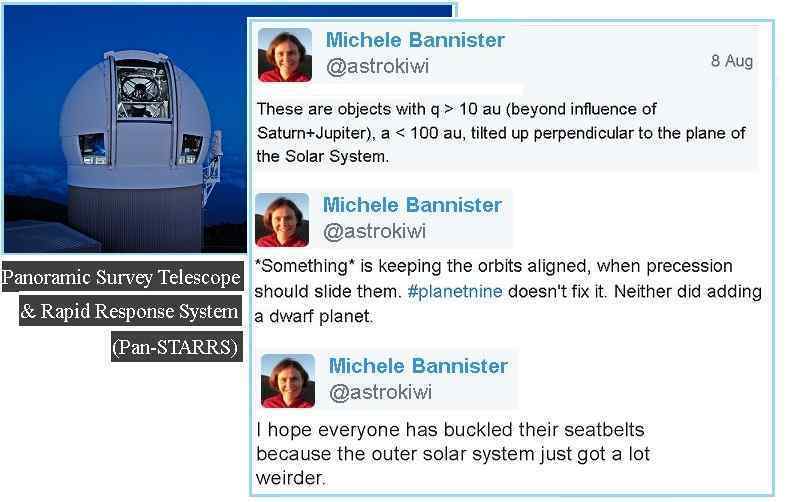 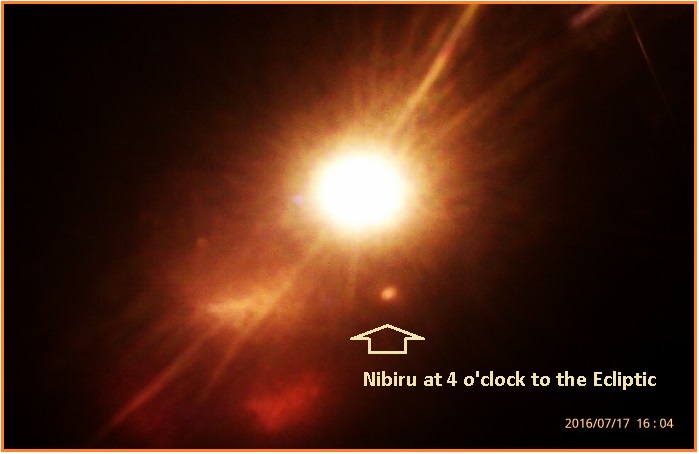 This is a big Prong 3 push. The key word is “retrograde”, which is characteristic of Nibiru in both its orbit past the Sun, its rotation, and the rotation of the swirls in its tail. Retrograde is a clockwise motion. All else in the Solar System goes counter clockwise – the Sun, the Sun’s rotation, and the orbiting planets. We explained this at the start of the ZetaTalk saga. The ancients were also aware that Nibiru would approach with a retrograde orbit. This retrograde swirl in the tail of Nibiru shows up in Alberto’s photos, as the tail swirls out from Nibiru at the 4 o’clock position to the Sun, thence under the Sun, then upward to the left side of the Sun, thence overhead of the Sun.

Niku is not Nibiru, but is a moon that formerly traveled with Nibiru, and thus its retrograde orbit within the Solar System. If Prong 1 introduced the concept of the Sun’s dark binary 18.74 Sun-Pluto distances out toward Orion, and Prong 2 introduced the concept of many exoplanets near and far, most nearby still being discovered, then Prong 3 was to introduce Nibiru near the Sun. The theme throughout was that astronomers were being surprised by what they find, and more join the search to answer open questions raised by these discoveries. Now we hear that odd retrograde objects are discovered. Soon one that entered the Solar System in 2003 will show up on the Dark Energy Survey, and lead to Nibiru itself.