What is the meaning of Merkel hand signal – fingers together to form a diamond in front of her? She does this during all group photos with Head of State. [and from another] https://en.wikipedia.org/wiki/Merkel-Raute The Merkel-Raute is what has been termed Merkel diamond or Triangle of Power by English-speaking media: a hand gesture made by resting one's hands in front of the stomach so that the fingertips meet, with the thumbs and index fingers forming a rough quadrangular shape. This signature gesture of Angela Merkel, the current German Chancellor, has been described as "probably one of the most recognisable hand gestures in the world" [and from another] Does Hand Sign made by Merkel, May and now Juncker prove there is a Secret EU Illuminati? June 22, 2016 https://www.express.co.uk/news/weird/692031/Does-hand-sign-made-by-... Speculation is mounting there is a secret society within the EU after senior figures were snapped making the same masonic-style hand signal. European Commission President Jean Claude Juncker was the latest EU bigwig to be photographed "giving the code" after he was snapped with his hands in the rhombus shape - known as a Merkel Diamond - while talking to Queen Mathilde of Belgium and King Philippe of Belgium. It comes after new British Prime Minster Theresa May was pictured separately making the same hand gesture earlier this month. [and from another] Illuminati Leaders? Now Angela Merkel makes 'That Sign' with Royals Kate and William July 20, 2018 https://www.express.co.uk/news/weird/830520/Angela-Merkel-Prince-Wi... The German chancellor was snapped making the gesture as she met Catherine, Duchess of Cambridge and Prince William, Duke of Cambridge, at chancellery in Berlin, during their official visit to Germany and Poland. The "diamond" hand gesture, Mrs Merkel, is often seen making, is described by conspiracy theorists as a secret code to other members of the alleged Illuminati. 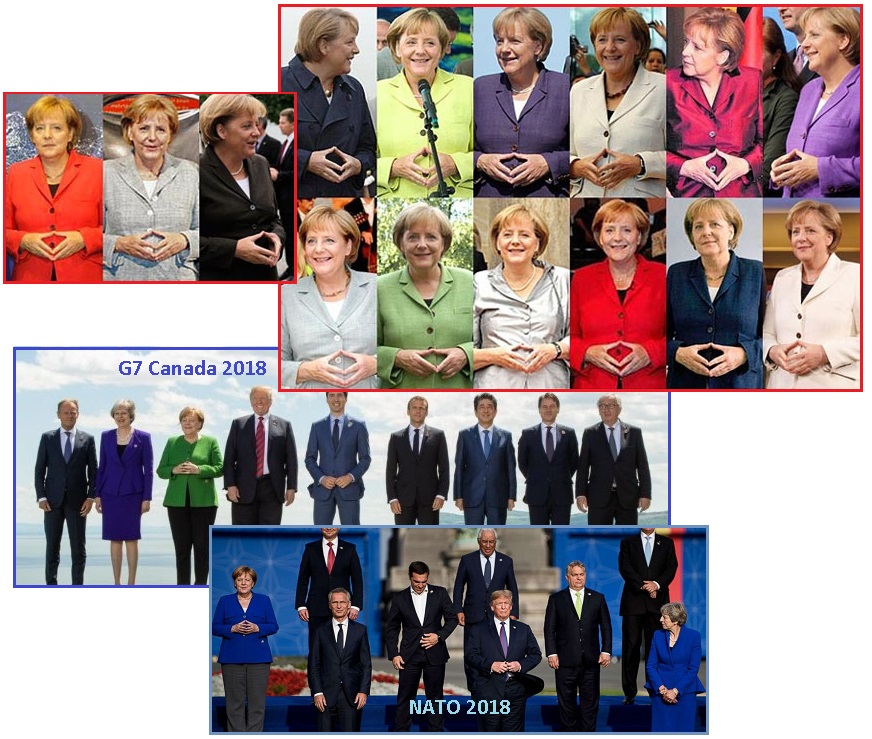 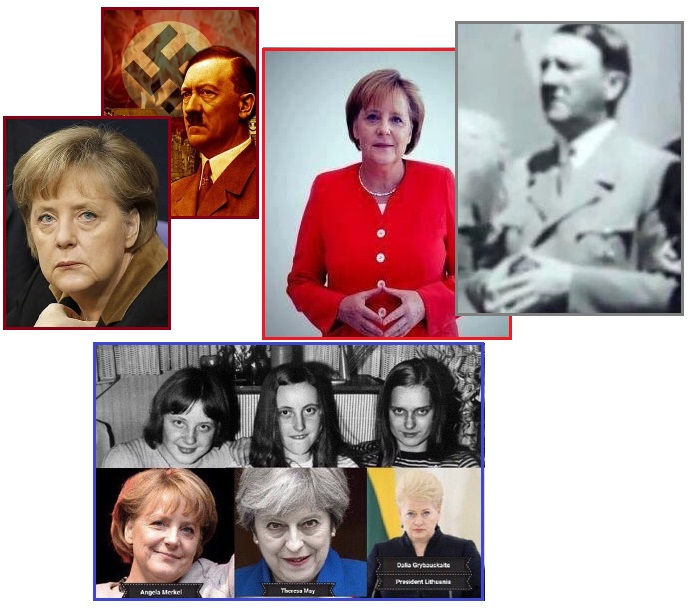 That Merkel routinely forms the symbolic diamond shape with her hands in photos taken during public meetings with other Heads of State is not a coincidence nor due to her inability to figure out “what to do with the hands” as she has claimed. It is a requirement within the Illuminati, of which she is a major leader, that she do so, as a signal to all who are asked to obey Illuminati orders that she is in control. Her dictates are to prevail. This is primarily among European royalty and what is considered the blood line. The recent setbacks that European interests have experienced has produced much distress among those who owe their allegiance to the Illuminati.

The power of the Illuminati comes only from the cooperation these connections infer. Even after most European countries became democracies with regular elections, their royalty prevailed and was given power outside of what elected office provides. Marriage between royal households was used to cement relationships between countries. But there is a blood line strain beyond royalty. It is true that Hitler carried some Rothchild blood, and that his sperm was frozen and used to produce Angela Merkel. It is also no coincidence that Hitler also used the Diamond hand signal.

It is no coincidence that the current UK Prime Minister, May, was a school chum of Merkel’s. The placement of those with Illuminati blood into positions of power is supposed to confirm the illusion among the faithful that the Illuminati have special powers and control of the world, which they do not. The failure of the European Union to maintain control over the member states. The failure of the Euro to become a dominant currency. The failure to maintain US cash payments to Iran. And now the failure to force Trump’s cooperation with their NATO and G7 dictates. This has the Illuminati in disarray, at present.