The New York Blackout is very suspicious with many coincidences.  Would the Zetas comment on what really happened?  Was it an EMP or stretch zone accident, or was it intentional? There are many Q posts suggesting the timing of this event is linked to Jeffrey Epstein, and that this was done by White Hats as part of a larger plan. [and from another] https://www.dailymail.co.uk/news/article-7248819/Jeffrey-Epstein-fa... Epstein has spent every night since his arrest on Saturday July 6 in the Metropolitan Correctional Center in downtown Manhattan, where his new roommates include Mexican drug lord Joaquin 'El Chapo'  Guzman. [and from another] https://www.rt.com/usa/463794-clinton-epstein-whitewashed-wikipedia... ‘Reputation managers’ get to work scrubbing Clinton-Epstein connection from Wikipedia [and from another] https://nypost.com/2019/07/14/con-ed-cant-explain-what-caused-the-m... Con Ed can’t explain what caused the Manhattan blackout July 14, 2019 Con Edison has yet to figure out why a large swath of Manhattan’s West Side was plunged into darkness by the blackout that lasted more than five hours on Saturday night. Officials initially suspected a manhole fire that affected an underground transformer, but there’s “no evidence of a fire at this point.” Con Ed blamed the blackout on a “disruption on the transmission side” of the company’s power grid. The blackout stranded people on subway trains and elevators, and forced the evacuation of Madison Square Garden and cancellation of Broadway shows. [and from another] https://www.zdnet.com/article/european-gps-satellites-have-been-dow... Galileo, the EU's global navigation satellite system, has been down for four days, since July 11, following a mysterious outage. [and from another] ‘Technical incident’ puts Europe’s GPS system fully offline for days July 15, 2019 https://www.rt.com/news/464238-eu-galileo-gps-offline/ The Global Navigation Satellite Systems Agency (GNSS) said in a statement on Sunday that “a technical incident related to its ground infrastructure” had caused the problem. The incident led to the “temporary interruption” of the Galileo services. [and from another] https://www.wsj.com/articles/cuomo-blasts-con-edison-for-role-in-ny... New York City Blackout Caused by Power Grid’s Protection System Failing. July 15, 2019 The blackout that plunged a swath of Manhattan in darkness on Saturday evening started with a faulty cable on the Upper West Side, utility officials said Monday. Consolidated Edison Inc. said in a statement that the relay protection system that is supposed to isolate faulty cables failed to shut down a 13,000-volt cable on West 64th Street. Power networks covering 42 blocks of the city then went down. 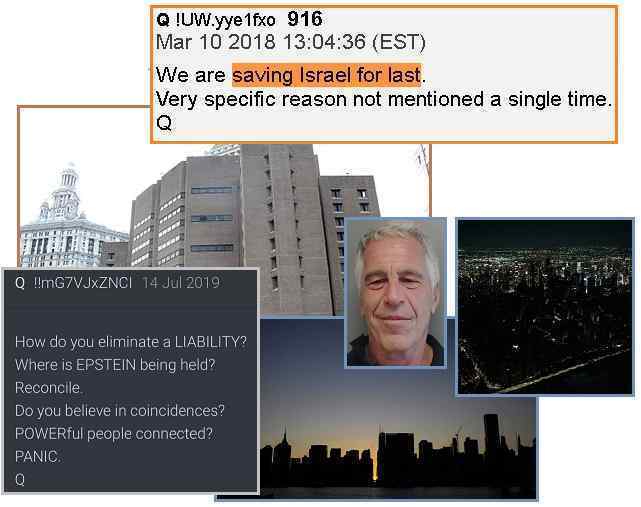 Con Ed is having a hard time explaining the 5 hour blackout that afflicted Manhattan as it was not due to any failure in their equipment, though this was the eventual and inevitable excuse. This blackout was done deliberately by the Council of Worlds, in concert with a number of other steps taken recently, to show the elite that they are no longer in charge of human affairs on Planet Earth. Was there some connection to a similar blackout in 1977? For contrast, yes, as the 1977 blackout resulted in riots and chaos. This time there was calm, demonstrating that the public is spiritually ready to face what the coming Pole Shift will bring.

Nethanyahu was denied his Beresheet Moon Landing in April and in July the launch of his DEW satellite was blocked. Epstein’s Mossad connections are also steadily coming to light, allowing the final phase of the Khazarian demise.  Epstein is likely to be poisoned to silence him. The European Illuminati are in a frump over their losses, May losing her grip on the UK over Brexit and Merkel in a panic over Putin’s plans to alert the people of Earth to Nibiru’s approach. Meanwhile Europe’s GPS system, the Galileo, had a mysterious outage that dragged on for days, including the period just prior to and after the Manhattan outage.

The recent severe lean to the left, arranged by the Council of Worlds to occur during this time, was for emphasis. These matters are not under the control of the elite. They cannot stop the path of Nibiru or its effect upon Planet Earth. These demonstrations by the Council of Worlds are not lost on the elite, who are aware of Nibiru while denying all to the common man. How will they respond? Faced with an inability to dominate the affairs of man, and with failing support from their technology, they will turn on each other, like rats in a box. Meanwhile, the spiritual Transformation of Planet Earth proceeds.