Would the Z's care to comment on the very unusual polar lights in Moscow and Central Russia? [and from another] http://lenta.ru/articles/2015/03/18/nebo   The evening of 17 March, the inhabitants of Moscow, St. Petersburg, Vologda, Perm and many other cities in central and north-west Russia witnessed the Arctic (North) lights. Scientists have explained to journalists happened a strong magnetic storm. [and from another] In a press briefing NOAA scientists said the two CMEs may have unexpectedly combined as they sped toward Earth, which could explain why the geomagnetic storm has been so strong. I'm wondering if PX is acting like a funnel that exacerbates CMEs headed our way. Here is the site to get images of the CME on March 15: http://sohodata.nascom.nasa.gov/cgi-bin/data_query  [and from another] http://mashable.com/2015/03/17/rare-severe-geomagnetic-storm-sun/   A rare G4, "severe" geomagnetic storm, is underway. The geomagnetic storm is the result of a pair of coronal mass ejections, or CMEs, that left the Sun on March 15 and are now interacting with Earth's atmosphere and geomagnetic field. [and from another] https://poleshift.ning.com/profiles/blogs/mangled-magnetosphere-mar...  March 17, 2015. Dramatic BATSRUS rendering of Earth's magnetosphere almost entirely subsumed by the larger magnetic field of Planet X during a prolonged severe compression earlier today. [and from another] http://www.spaceweather.com/archive.php?view=1&day=15&month...  March 15, 2015. SLIGHT CHANCE OF SUNDAY STORMS: The X-flare of March 11th might not be done affecting our planet. According to computer models, a CME propelled into space by the explosion will sideswipe Earth's magnetic field on Sunday, March 15th. NOAA forecasters estimate a 30% chance of G1-class geomagnetic storms if and when the CME arrives.  SOLAR FLARE AND CME: March 15th began with a bang. Between 00:45 UT and 02:00 UT, a magnetic filament erupted in concert with a slow C9-class solar flare from sunspot AR2297. This movie of the eruption comes from an extreme UV telescope onboard NASA's Solar Dynamics Observatory: [and from another] http://www.spaceweather.com/archive.php  January 16, 2001. BRIGHT CME: A solar filament erupted near the Sun's northwest limb on Sunday, sending this dazzling coronal mass ejection (CME) into space at 744 km/s. The bulk of the CME was clearly directed away from Earth; forecasters do not anticipate substantial geomagnetic disturbances as a result of the explosion. WEAK IMPACT: A weak interplanetary shock wave hit Earth's magnetosphere Saturday morning at ~0130 UT. Although conditions at the time were favorable for aurora --namely, the interplanetary magnetic field near Earth was pointing south-- geomagnetic activity remained low. The disturbance was the leading edge of a full-halo coronal mass ejection that billowed away from the Sun on January 10th. 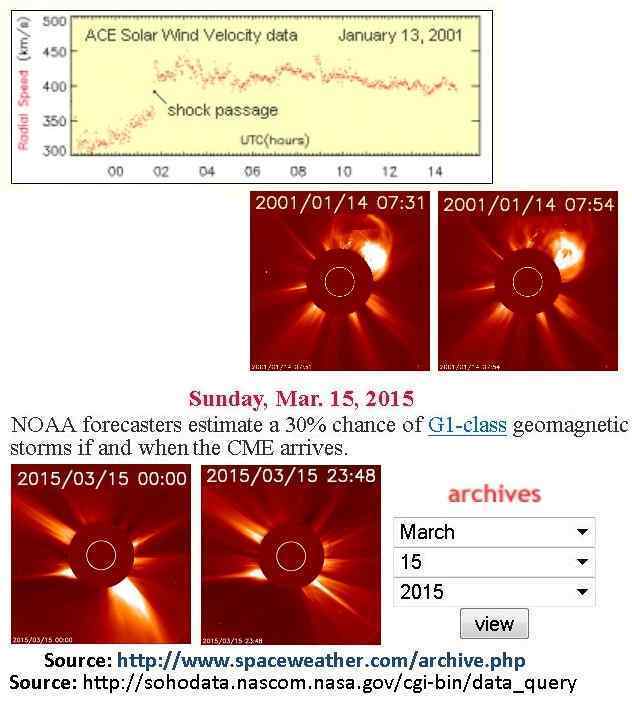 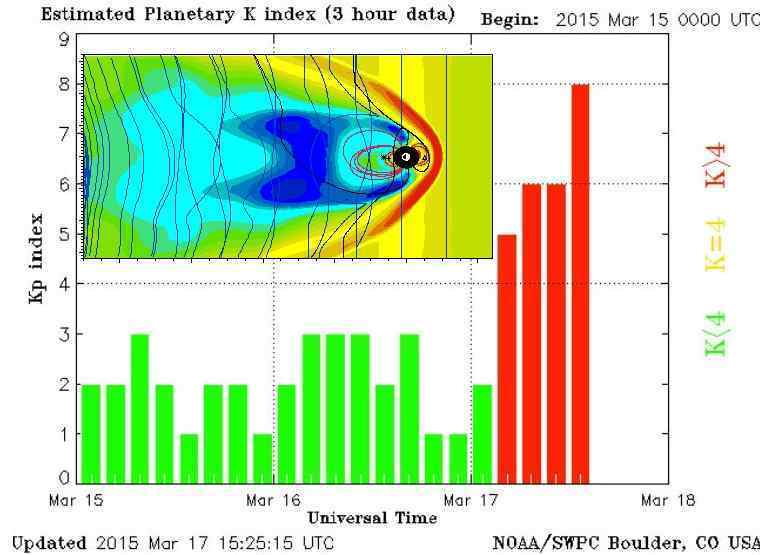 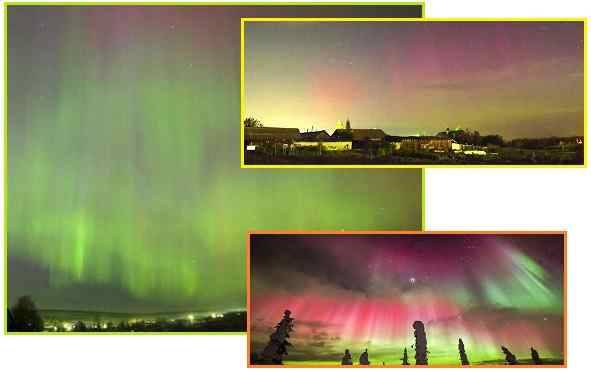