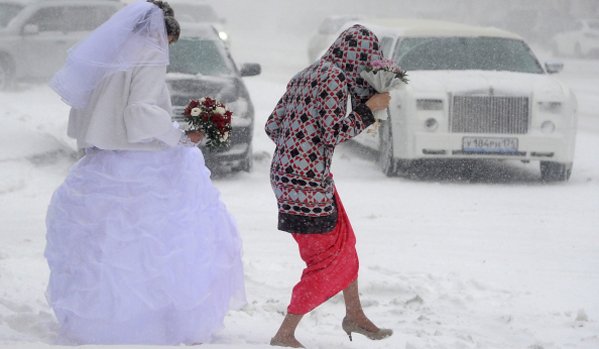 Heavy rain in the town of Zlatoust in Russia’s South Urals on Sunday, July 12, suddenly gave way to a blizzard in a rare twist of weather for the summer season.

"It wasn’t just rain and snow, but real snowfall with snowflakes as white as during winter. T melted quickly, of course. A fantastic sight," ITAR-TASS quotes an eyewitness, Valery Semyannikov, as saying.

It’s the first ever mid-summer snowfall in the South Urals.

The Chelyabinsk weather service predicted "wet and windy weather with moderate to heavy rain throughout the region, thunderstorms and soft hail in the east and ice hail in the mountains." The blending of the seasons will be a phenomena that will occur during the 8 of 10 scenarios, in the time prior to the last weeks. Due to the Earth wobble, there are many phenomena in many parts of the globe which could be described as unseasonable weather. Snow in summer has occurred and is on the increase. Very warm days in the middle of winter, more than the typical winter thaw, so that fruit trees bud in winter, ruining the harvest when frost returns. But the blending of the seasons will be characterized by extreme change happening rapidly, one direction to another. What you have had up until the present is trends for more extreme weather. Imagine going from the heat of the hottest summer day to the cold of the coldest winter day, all within a day or so. That is a blending of the seasons.

The deadly hail storm that pelted beach-goers near the large Siberian city of Novosibirsk on July 14, 2014 also caused major damage in the city.  Dramatic video uploaded to YouTube shows fierce winds ripping the roof off a building.

The freak storm was a rare occurrence in Russia. Two young girls, ages 3 and 4, died during the storm when a tree fell on a tent they were seeking shelter under.

13.07.14. Snowdrifts piled up on the roads of Russia's Ural region on Saturday as an abnormal summer snowstorm hit the region, bringing the area into the spotlight once again after last year's meteorite fall. Siberia also witnessed a downpour of giant hailstones. Residents of the cities of Chelyabinsk and Sverdlovsk, located in Russia's eastern Ural region, were taken aback when it suddenly started snowing in the middle of summer on Saturday. 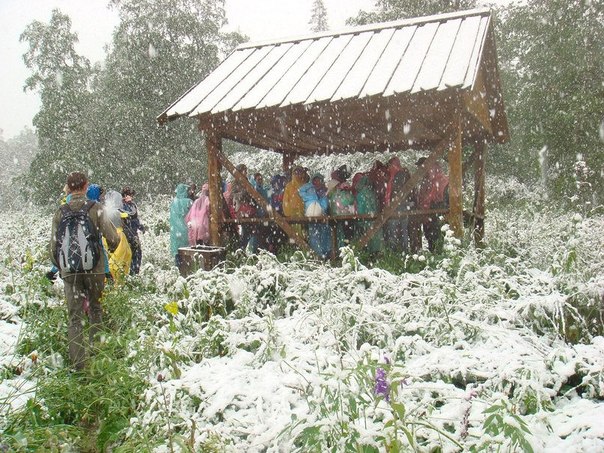