However, the waterway in a village in Cangnan county in eastern China's Zhejiang province turned a deep, dark red and developed a strange smell.

Villagers who dipped clear plastic bottles into the water were astonished by the bright coloured liquid which filled them.

Local Na Wan said: "A few people that were up and about at 5am said that everything was normal but then suddenly within the space of a few minutes the water started turning darker and eventually was completely red.

"The really weird thing is that we have always been able to catch fish and you can even drink the water because it's just normally so good.

"Nobody has any idea how it could have ended up being polluted because there are no factories that dump anything in the water here."

Environmental experts soon appeared on the scene to take samples of the water and said they suspected coloured liquid had been discharged from a die factory, even though there are none in the area.

One expert said: "We suspect that maybe somebody drove here to dump stuff.  "We are looking further upstream to try and find out the source of this pollution." 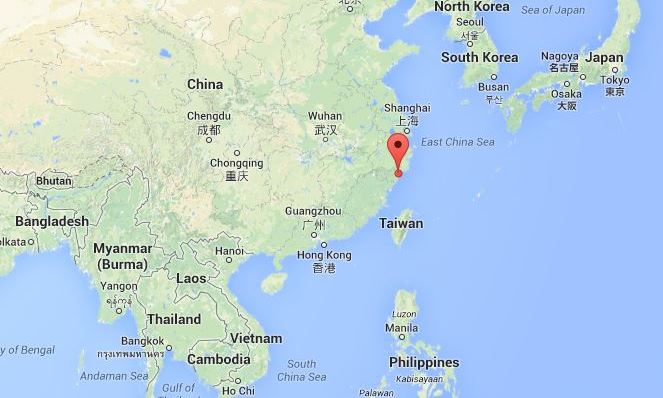 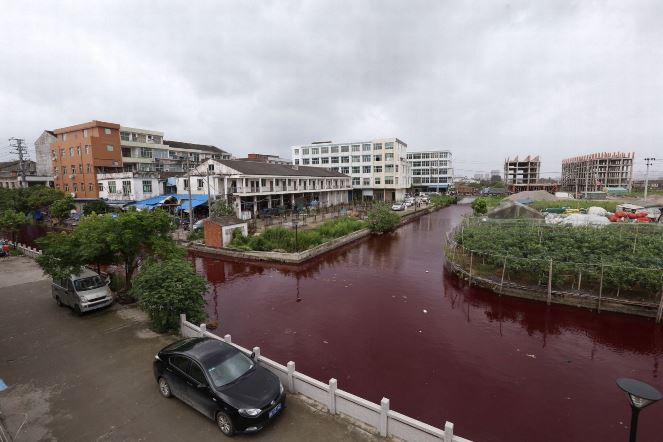 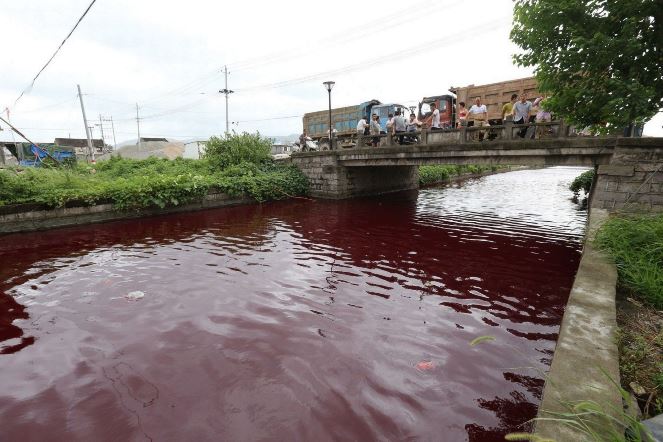 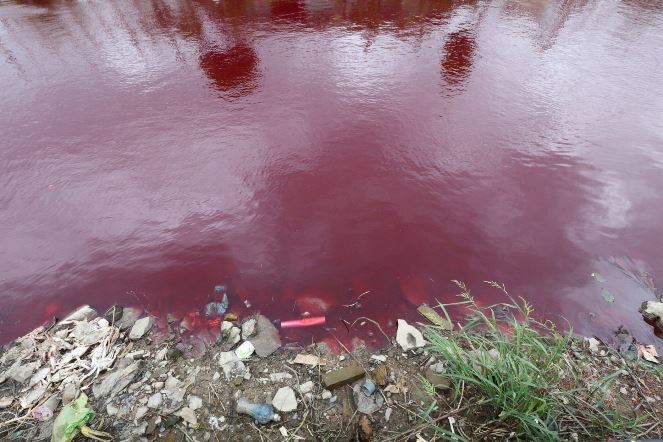 Such incidents are tempting to conclude this is red dust from the tail of Planet X, but in this instance it looks like dye dumped in the river. Other clues are that the red dust is not on the land! And there is also an algae that can create bleeding trees and even blood from a lake under the ice in Antarctica.