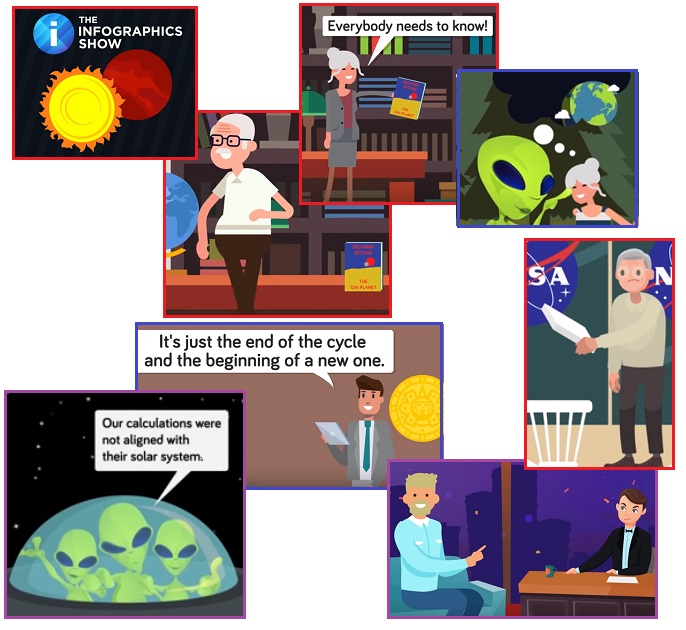 What are the likely scenarios if the near presence of Nibiru is never admitted by the establishment? We have stated that Heads of State were warned by the Bush Administration in 2003 that Nibiru had entered the inner Solar System, and subsequent follow-up has placed the date when the public will no longer be fooled by denial as January, 2021. Thus various governments are braced to declare Martial Law to control the expected riots and many are taking advantage of the Covid-19 lockdowns to effect a pre-Martial Law state.

The public, however, does not need an official admission in order to realize the truth. As we have stated, more than half the world’s population are already contactees, and thus are learning the truth from their alien visitors. Talk of the End Time increasingly floods the Internet and even appears in media headlines. Every religion has prophecy about the End Times, stressing the spiritual nature of the changes as well as the cataclysmic spasms the Earth must endure. Thus it can be expected that the people of Earth will seek comfort and direction from their religion, lacking any direction from their political leadership.

There is currently a cover-up about the progress of the Tribunals, which are trying and executing those found guilty of sacrificing children for their Adrenochrome blood harvest or for treason or sedition or for theft of public funds. The Tribunals started in the US, kicked off with President Trump’s Executive Order in 2018, and have spread to the UK Marines and various White Hats in many countries in Europe. This is an international effort now against the various arms of the New World Order. Doubles are being employed to disguise the scope of the Tribunal cleanups.

It has been stated by Q and the Dark Judge in the UK that to admit to the number of Doubles being used would result in World War III. What is being avoided here, in all cases, is the riots that are assumed to follow. If Nibiru were admitted, then the immediate discussion would be public safety, safe locations not along the coastlines, and continuing distribution of food to the needy. The banking systems would surely collapse if the public realized they were making mortgage payments on housing that will be worthless in the near future.

The public, in the main, are immature souls and are expected to spend less time preparing to help themselves or others and instead make demands for social services. These are issues that have been discussed in smoke filled rooms, with various scenarios plugged into computer models. The results show that more deaths would occur if the public were to be informed than if the cover-up were to continue. Given that the establishment will not admit to Nibiru or the Tribunal results, even when the Last Weeks arrive, what can be expected?

Martial Law will have been long imposed, hopefully with riots suppressed and the public forced into food production. Governments will in any case collapse, with only a core bunkered against the demands of the public. Hired militia will turn on the elite and the Military will find their ranks deserted, though many soldiers will join survival groups.  Thus the Tribunals will never have to explain the use of Doubles, which will go down in history as a conspiracy theory, nor will NASA or the establishment have to explain the cover-up over Nibiru. They will let ZetaTalk explain it all.

Thank you Gerard, and all others associated with the poleshift.ning, we have watched for almost a score of years as you have been fully capable of putting the news out there, even as many fail to believe. Keep up the great work, is IS appreciated.