Feels like it's the influence of the trimesters. [and from another] https://www.cropcirclecenter.com/ccdata/2020/07/12/UK20200712_A.html [and from another] Cley Hill, Nr Warminster, Wiltshire. Reported 11th July http://cropcircleconnector.com/2020/cleyhill/cleyhill2020a.html 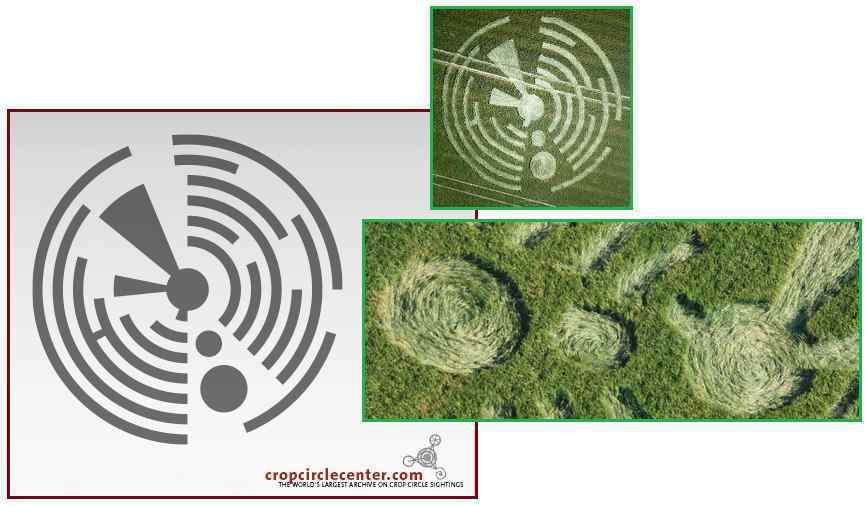 This legitimate design is showing the effects of the stopped orbits that occurred in 2003 when Nibiru entered the inner Solar System. In came inward from the direction of the Constellation Orion, to arrive within the orbit of Venus by the Spring of 2003. It then proceeded to round the Sun in a retrograde manner, clockwise, pushing the Earth and Venus back in their respective orbits. The Earth is currently at its August position, and Venus is being pushed back and forth in front of the Sun to simulate the orbit that humans on Earth would expect to see. Mercury escaped being blocked, and continues as usual.

What is clear from Cley is a sense that a clockwise blockage occurred, growing larger as Nibiru is coming into Earth’s orbit now. This is represented by the sweeping blades coming from Nibiru in the center of the design, with the largest blade aligned with Earth’s orbit. Venus is represented as a smaller planet as with Nibiru leaving its Orbit it will be free to escape, moving along in its orbit. The Dark Twin is shown as a notch approximately 3 months behind the Earth in their shared orbit. When the clash point occurs during the Last Weeks it will be forced to escape by ducking behind the Earth, into the break shown at this clash point.