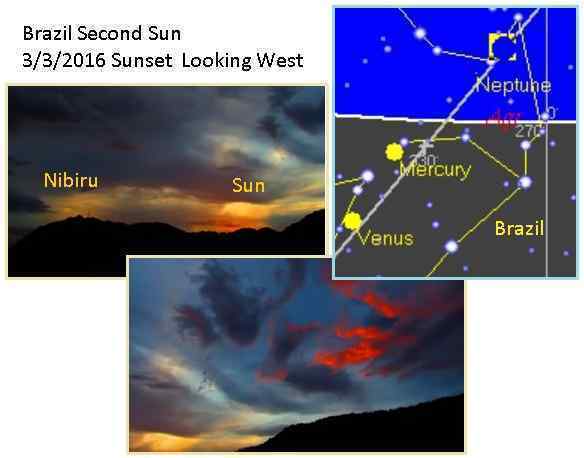 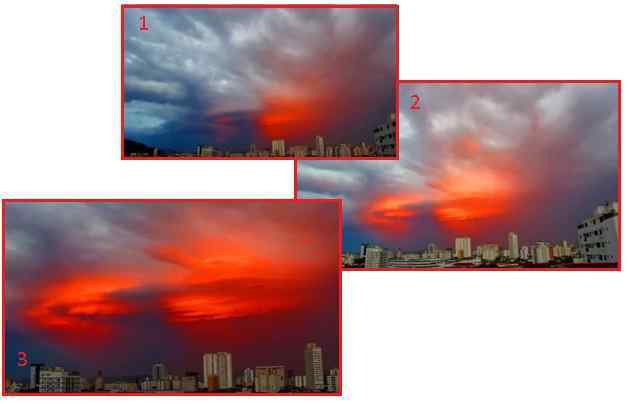 This dramatic video captures a clear Second Sun, located where Nibiru would be in a view from the Southern Hemisphere. The Second Sun is distinct as an orb, not just a glow, and if compared to former captures of the Second Sun will show that it is drawing closer to the Earth. The combined sunlight, both from the Sun itself and from sunlight bouncing off the vast dust cloud shrouding Nibiru, created an intense reflection on the clouds directly to the East of the setting Sun. Such drama will be on the increase, around the world, making it clear to the populace that they are dealing with a planetary body nearby, and that the establishment has been lying to them about it.