Would the Zetas care to comment on this most recent crop circle?  It seems like the others to be saying that we are now in the thick of it.  [and from another]http://cropcircleconnector.com/2015/greenstreet/greenstreet2015a.html 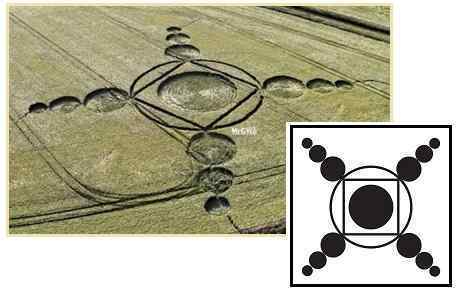 Humans have a term – “boxed in” – meaning there is no escape. From all side, all 6 sides of the box in fact, there is no escape. In a 2D diagram this can only be shown as being boxed in from all 4 sides, but the meaning is the same. The Earth has been caught in front of the approaching Planet X, aka Nibiru, for many years, in an increasingly squeezed cup formed by the eddy flow of particles coming round behind Nibiru from the Sun. Venus and the Earth’s Dark Twin are likewise caught in this cup. There is pressure on all side, for the Earth – from the solar wind, from Nibiru, and from Venus and the Dark Twin.