Can the zetas comment on what was discussed behind closed doors at G7 summit today and what is on the agenda for the Bilberberg meeting? [and from another]http://www.dailymail.co.uk/video/news/video-1190316/G7-leaders-outr...  Barring Russian President Vladimir Putin for a third time, the G7 leaders invited others beyond the club of rich nations, including Iraq's premier and Nigeria's president, both battling Islamist violence. [and from another]http://www.dailymail.co.uk/news/article-3115748/Guestlist-secretive...  Chancellor George Osborne is the most senior politician from the UK due to attend the Bilderberg Conference in Austria this week. [and from another] http://www.theguardian.com/world/2015/jun/08/bilderberg-summit-forg...  The influential Bilderberg policy conference, which this year is being held in Austria, just 16 miles south of the G7 summit. No fewer than three serving European prime ministers will be attending, from the Netherlands, Finland and Belgium. They will be discussing “European strategy” with the head of NATO. Europe’s hottest financial potato, Greece, is on the conference agenda. The scandal-hit HSBC and everyone’s favourite vampire squid, Goldman Sachs, are both extremely well represented at this year’s conference. From the worlds of industry and manufacturing are some eye-wateringly big names. Finally, it’s worth noting the growing presence of Google at Bilderberg. 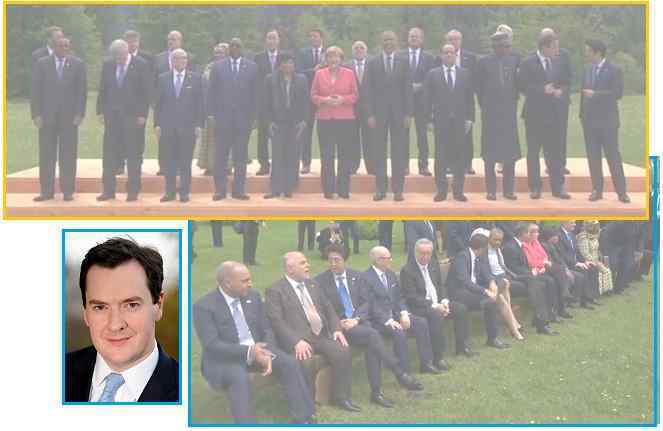 What has changed since Bilderberg 2014? In 2014 the elite were agonizing over their inability to stop the announcement admitting Nibiru, and now the Council’s war on the media is succeeding. Now the obvious visibility of Nibiru, seen increasingly by the common man, will prevent them from claiming this is a lie. Their plans to counter the announcement with disinformation seem to be melting away. Still confident that they have control of assets that can be used to leverage their safety and continued high perch, they are focused on bolstering their defenses and making alliances. Such discussions include who to cut lose and abandon, and as this group is solidly Service-to-Self in the main, back stabbing and hypocrisy are in abundance.

It is clear that the banking system is increasingly shaky, and with Russia and their partners in BRICS rivaling the west’s IMF their ability to strangle the world via debt is also disappearing. Retracting into smaller groups, less territory, and retrenching with different and hopefully more solid partners is the trend. Frank discussions during the day migrate to heavy drinking at night - on whether one should continue with bankrupt entities or cut them lose, on whether one should begin to barter food for labor and bypass the monetary system or simply tighten the controls in the bank. And with increased electromagnetic pulse affecting planes and trains and the ferocity of storms increasing, will such steps be enough?

One can hardly separate the G7 from the Bilderberg meetings, as they are going on simultaneously and only 16 miles apart. It is not only the Middle East that is exploding. These are Sunni and Shia battles, which all can see will not abate as the religious aspects dominate. The G7 see their homelands exploding also - with rioting and immigration threats.  Just as the elite at the Bilderberg meeting are retrenching, the countries at the G7 are shrinking their virtual borders, more concerned about protecting their core homeland than control of regions at a distance. Energy independence is mentioned often, home grown food and control of rioting and secure borders – these are the focus.