What was discussed at the ASEAN summit on the background of floods in South Asia? We can also note the positive trends in Indonesia, where they elected a new president in 2014.  It seems they plan to move the capital due the endless flood that came down on Jakarta each year. Can the Zetas comment if need it? The Zetas have stated that the process of sinking Sunda plate is completed only by 95%.  Can we expect that the floods will not recede ever? The question is what to expect when we reach 100%? I think there was a lot of not understanding, due to the fact that the pace was slow. For example despite the fact the invasion of sea water into the river Indus in Pakistan in 2010, the flood waters receded. (However, after half a year.) In other words, although the flood waters linger, sooner or later recede as show MODIS. In short it should expect the inhabitants of these countries? This map shows the sum of all admittedly flooded areas; in Sunda region (Myanmar, Thailand, Cambodia, Vietnam, China, Philippines, Malaysia, Southern Indonesia edge, Singapore, Brunei) since 2010 and in South Asia since 2007 (India, Pakistan, Bangladesh, Nepal). Red it's extent of floodwater, now dry. [and from another]http://www.thejakartapost.com/news/2015/08/06/asia-backs-iran-deal-...  The 10 members of the Association of Southeast Asian Nations and five of their large neighbors endorsed the nuclear deal negotiated between Iran and six world powers. In a joint statement, the foreign ministers of the ASEAN countries along with Australia, India, Japan, New Zealand and South Korea welcomed the deal with Iran struck last month as an "important resolution" that could resolve one of the world's most pressing concerns if it is adhered to. ASEAN includes Brunei, Cambodia, Indonesia, Laos, Malaysia, Myanmar, Singapore, Thailand, the Philippines and Vietnam. Also signing the statement were China, Russia and the United States, which were involved in negotiating the agreement with Iran. [and from another] http://www.reuters.com/article/2015/08/05/us-myanmar-storm-idUSKCN0...  Water rises dangerously in flood-hit Myanmar's delta; U.S. to help. Speaking in Kuala Lumpur, Kerry said that the U.S. embassy in Yangon was working closely with Myanmar officials to determine priorities for aid. [and from another] http://www.merdeka.com/peristiwa/pemerintah-jokowi-mau-pindahkan-ib...  Government Jokowi still preparing the transfer of the capital city of Jakarta Special Capital Region to another city. The government calls Borneo island become an ideal place for the transfer of the national capital. Since the era of President Sukarno, had been under consideration in 1957 that the city of Palangkaraya, Central Kalimantan, as the transfer of the capital city of Jakarta. Minister for National Development Planning / Head of National Development Planning Agency Andrinof Chaniago revealed Palangkaraya no longer worthy to be the capital because the carrying capacity of the land is not adequate. [and from another] http://www.theglobeandmail.com/report-on-business/international-bus...  The next China? Indonesia emerging as a new Asian powerhouse. Indonesia is experiencing a burst of unprecedented economic and political optimism. The world’s fourth most populous country, with some 250 million people, is emerging as a powerhouse of Southeast Asia, at the dawn of an awakening that many compare to pre-boom China three decades ago. 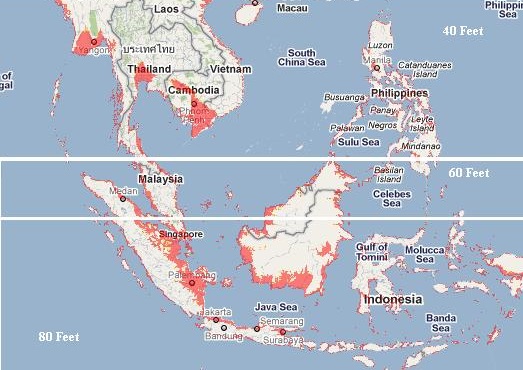 7 of 10 was an extreme threat to countries on the Sunda Plate. Indonesia, Malaysia, Cambodia, Viet Nam, Thailand  – all were loath to confess to their populace that soggy lands being inundated by sea water was not only a permanent blow, but that the situation would worsen with the passage of Nibiru.  Flooding was blamed on rain, despite the incursion of sea water. Sea walls were strengthened and villages relocated, and any honest reporting by journalists suppressed.  In that Nancy was using MODIS satellite images to prove her point, and did so dramatically by early 2012 in Issue 283 of her newsletter, the southeast Asian countries wanting to suppress awareness of what was to come sought to modify the MODIS story. 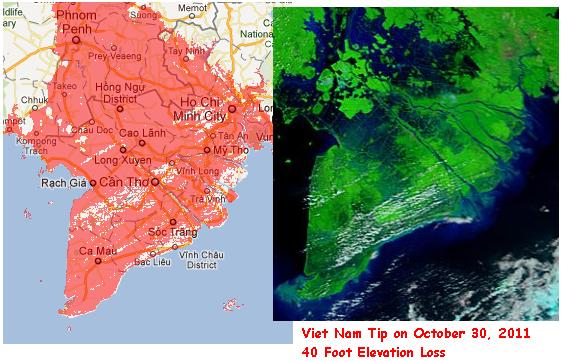 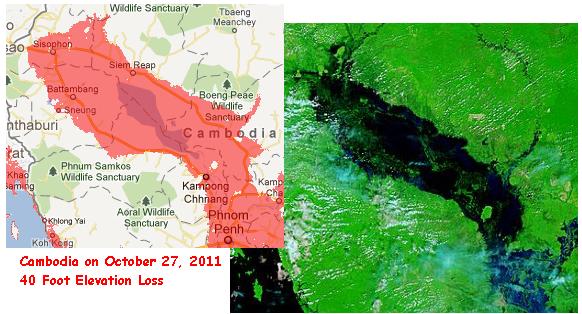 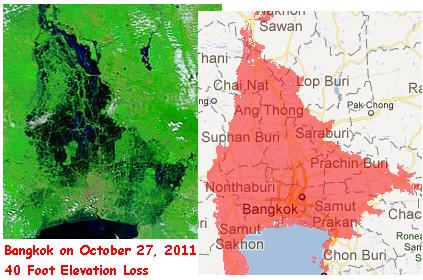 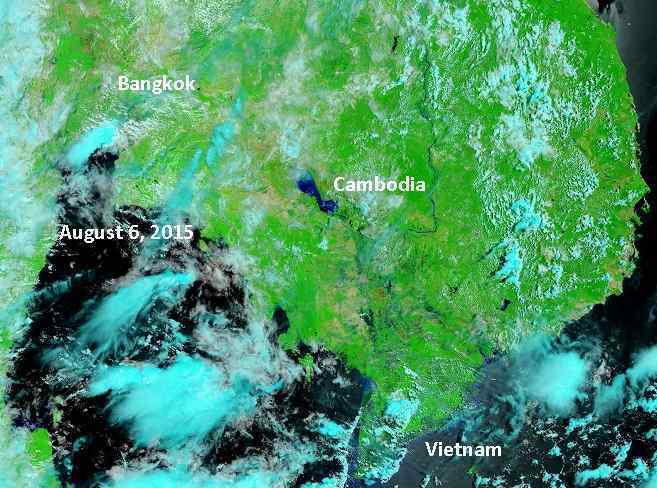 By early 2012 MODIS was showing sinking in Bangkok, Viet Nam, and Cambodia to the level we predicted – a loss of 40 feet. Bangkok in particular, being a tourist attraction, was frantic to reverse the perception that they were sinking. The recent admission that Bangkok is sinking and may be under water in 15 years is an attempt to connect their brave front with reality. In order for MODIS to reflect a false land mass under a changing cloud cover for Thailand, this needed to be put into place for neighboring Cambodia and Viet Nam too. Yet the flooded Myanmar Delta now requires international aid. Such is the living lie.

Further south, where Jakarta was having serious problems with sinking, a similar story was developed. The city streets of Jakarta were awash, pumps attempting to push the water over sea walls, and where this news was denied as anything but a problem with rain swollen rivers, photos from air travelers proved otherwise.  Reports were floated that Jakarta was sinking only because aquifers were being drained by city dwellers, and experts were called in from the Netherlands to help strengthen the dykes. Indonesia opted not to deny what had already been in the press or in Nancy’s newsletters, but the sinking story as presented in MODIS was frozen at the early 2012 level. 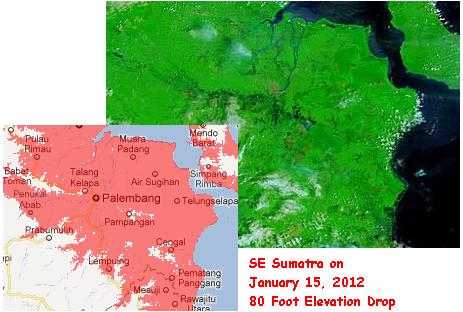 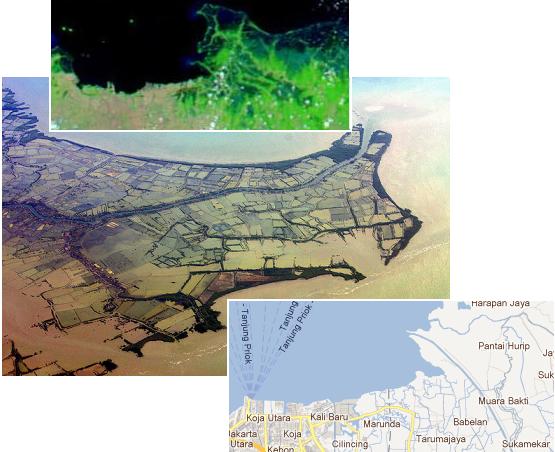 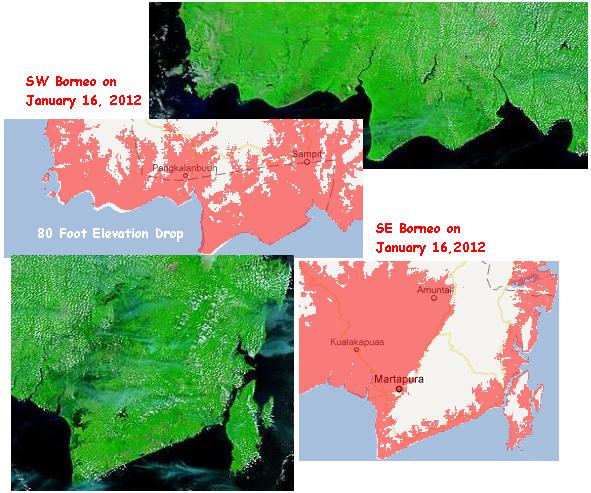 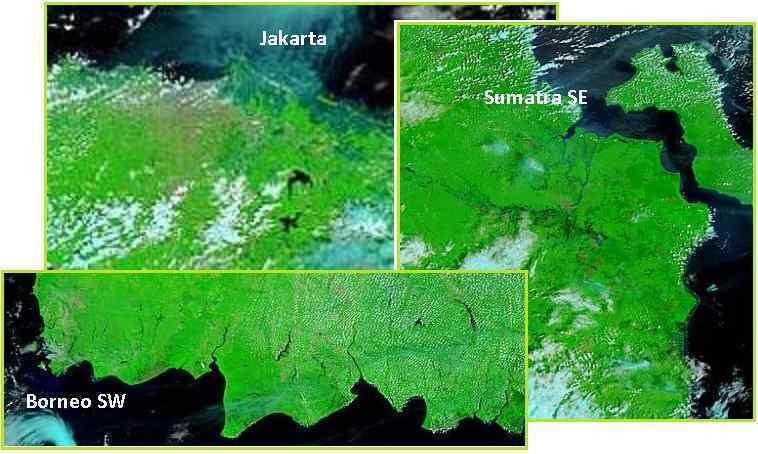 Yet we hear that Jakarta must move to Borneo and the Kuala Lumpur new airport, which is in the sinking zone, has now become a disaster. Construction on this new airport was started in 2009, ahead of when our 7 of 10 sinking predictions became public in 2010. Now in 2015 the sinking has made using the airport nearly impossible, due to constant puddles on the runways.  Will the future bring more honesty? We are told, in the press, that Indonesia is the next China, an economic miracle about to flourish. With no country willing to take immigrants from Indonesia, such will continue as the living lie. 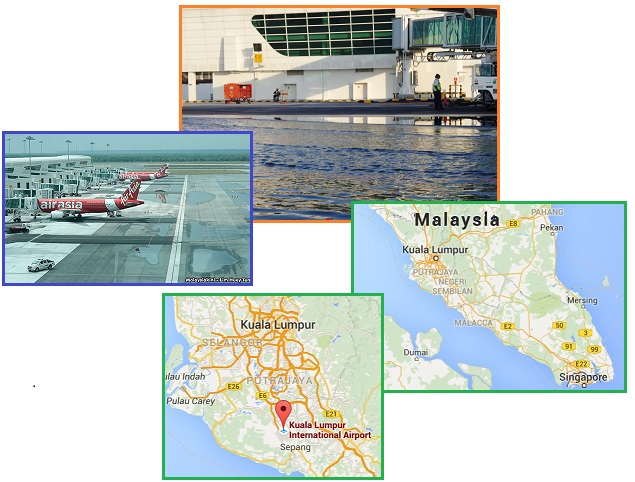