The Amtrac disaster in Philly, the bursting water mains in LA, and a landslide in a Fiord in Norway all occurring at the same time. The water mains began bursting this past weekend (May 9-10) as did the Norway slide. Then the train derailment on May 11, then another water main break on May 12. Are these stretch zone accidents related? [and from another]http://www.huffingtonpost.com/2015/05/12/amtrak-train-crash-pennsyl...  The derailment occurred at approximately 9:30 pm. Initial reports indicated that the train derailed as it entered a turn. [and from another] http://www.dailymail.co.uk/news/article-3079146/Amtrak-train-crash-...  The front of the train was going into a turn when it shook and tipped over, mangling the front of it, tearing the cars apart and killing at least six people. The train started to decelerate, like someone had slammed the brake. [and from another] http://www.philly.com/philly/news/Amtrak_train_from_Washington_cras...  The cause of the derailment was unknown. Train 188, a Northeast Regional, had left Washington, D.C. The front of the train was going into a turn when it started to shake before coming to a sudden stop. The area where the derailment occurred is known as Frankford Junction and has a big curve. It's not far from where one of the nation's deadliest train accidents occurred: the 1943 derailment of The Congressional Limited, from Washington to New York, which killed 79 people. [and from another] http://www.nbclosangeles.com/news/local/Water-Main-Break-Bevery-Gro...  A water main described as "colossal" break flooded streets in the Beverly Grove area of Los Angeles Tuesday morning [May 12]. The pipe ruptured about 5 am. Tuesday morning's incident follows a West Hollywood water main break over the weekend, described as a "Poseidon adventure," that sent "massive" amounts of water into streets and parking garages. [and from another] http://io9.com/a-strange-underwater-landslide-causes-serious-damage...  This past weekend, a rare underwater landslide in the town of Sørkjosen, Norway, resulted in extensive damage to a wharf, some buildings, and a sea wall. Local authorities have shut down a major road for fear it too could be sucked into the sea, resulting in a 435-mile (700-km) detour. [and from another] http://www.huffingtonpost.com/2015/05/09/indian-point-explosion_n_7... A transformer failure and fire at Indian Point Energy nuclear power plant in Buchanan, New York sent smoke into the air and prompted the plant operator to shut down the impacted unit on Saturday evening [May 9]. The operator did not provide any information on what caused the failure and fire, [and from another] http://www.nydailynews.com/news/national/transformer-explodes-india... A transformer exploded at the Indian Point nuclear power plant Saturday night, briefly sending witnesses into a panic as a massive ball of smoke rose over the Hudson River. 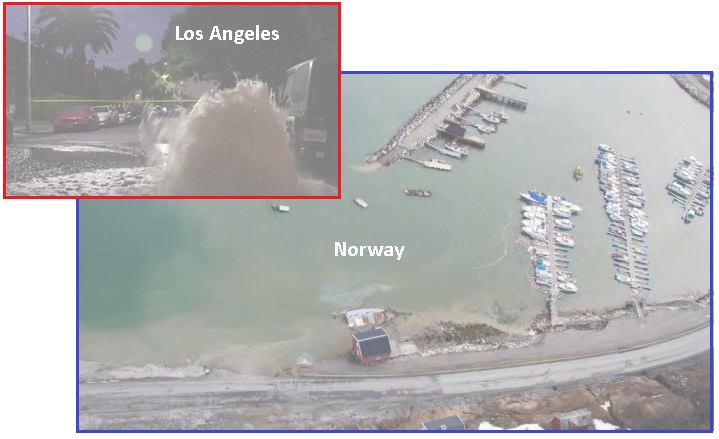 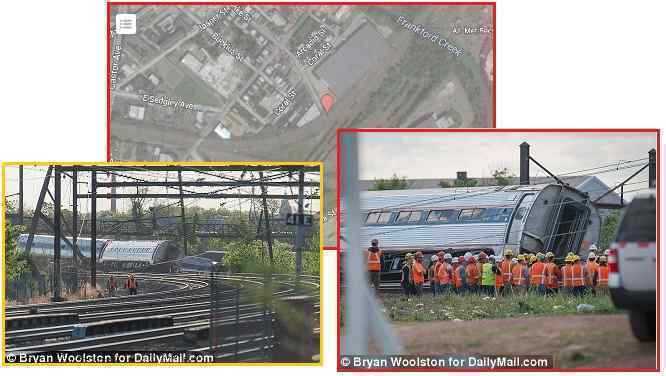 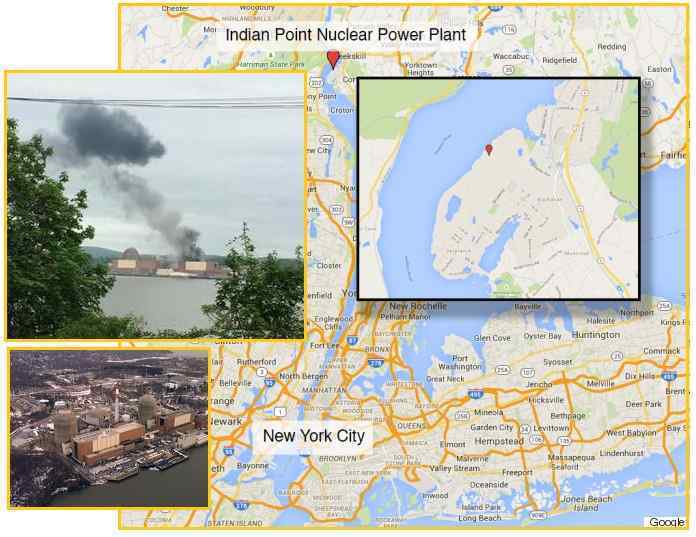 We have endlessly described the tightening bow in the N American continent and the center of this bow near San Diego. Of course the bursting water mains there are related. We have likewise described the stretch zone accidents in the wide arc of the East Coast of the N American continent, and Philadelphia is centered there. We have explained that river bottoms are where the crust is weak and thus more readily pulled apart during stretch zone accidents. The recent Amtrac derailment  was a classic case of what a speeding train will do when the tracks are not where expected.

Lowlands, such as the Philadelphia Amtrac curve, are also where electro-magnetic pulse is most likely to occur, as the recent blackouts in Washington DC show. The thin crust is pulled apart more than neighboring rock strata, and thus the electro-magnetic screech is intensified. Lowlands are also soggy, full of water which is a superb conduit for electricity. We predicted that the East Coastwould be subject to more electro-magnetic pulse, and this has occurred. Pulse causes brownouts but also surge, as occurred in the Amtrac train and in the transformer explosion at the Indian Point power plant near New York City.

As N America tightens, it affects the North Atlantic Rift, which is pulling apart as anyone observing the volcanic activity in Iceland can determine. Thus support for the continental shelf off-shore from Norway and Europe is weakened, and droops. That these stretch zone accidents are occurring almost simultaneously shows the inter-relationship of these plate movements. To those who have been following ZetaTalk these stretch zone accidents are not a surprise, nor will they be surprised at what is to follow shortly. The New Madrid zone in N America is awakening.

May 19, 2015: This photo provided by the Santa Barbara County Fire Department shows an oil slick from a broken pipeline off the central California coast near Santa Barbara. (Mike Eliason/Santa Barbara County Fire Department via AP)
GOLETA, Calif. – An estimated 21,000 gallons of crude oil spilled into the ocean from a broken pipeline just off the central California coast before it was shut off on Tuesday, creating a spill stretching about 4 miles along the beach, the U.S. Coast Guard said.

Santa Barbara County health officials have shut down Refugio State Beach, the central site of the spill, though many had abandoned the site already because of the foul smell.

ADVERTISEMENT
That smell brought county firefighters to the beach earlier in the day to discover the spill.

"They found about a half-mile slick of dark, black crude oil in the ocean," fire Capt. Dave Zaniboni said.

They traced the oil to the onshore pipeline that spilled into a culvert that ran under the U.S. 101 freeway and through a storm drain into the ocean.

The pipeline had been shut off about three hours later, but the spill had stretched along 4 miles of beach and 50 yards out into the water, said Coast Guard Petty Officer Andrea Anderson.

The scenic stretch of coastline about 20 miles northwest of the pricey real estate of Santa Barbara is dotted with state-run beaches that are popular with campers, and the spill comes just a few days before the Memorial Day weekend and subsequent summer camping season begin.

The 24-inch pipeline is owned by Plains All American Pipeline, which said it shut down the flow of oil and the culvert carrying the oil to the ocean was blocked.

"Plains deeply regrets this release has occurred and is making every effort to limit its environmental impact," the company said in a statement.

The stretch of coastline is also home to many oil rigs and drilling operations, and small amounts of tar and seepage show up on beaches, but in much smaller amounts.

The Coast Guard, county emergency officials and state parks officials were cleaning up the spill. Boats from the nonprofit collective Clean Seas also were providing help but were having trouble because so much of the oil was so close to the shore, Coast Guard spokeswoman Jennifer Williams said. About 850 gallons of oil have been recovered from the water, Williams said.

There was no immediate estimate of how long the cleanup might take. The Coast Guard said a Wednesday morning flyover would allow them to get a better sense of the damage.

Overnight winds are expected to push the spill down the coast and closer to Santa Barbara.

The Santa Barbara-based Environmental Defense Center said such a spill was inevitable with coastal oil development, but still unwelcome.

"To see this level of spill into such a sensitive and treasured environment is devastating to watch," the EDC said in a statement. The group expressed special worry for the many species of whale that migrate through the area.

Sierra Club California Director Kathryn Phillips said, "Every time we hear about an oil spill, we hold our breath and hope it won't get worse."

She said in her statement that the spill was especially troubling because no one caught it "until several barrels of oil had already tumbled into the ocean."

The spill came on the same stretch of coast as a 1969 oil spill that was the largest ever in U.S. waters at the time and is credited for giving rise to the modern American environmental movement. Several hundred thousand gallons from a blowout on an oil platform were spilled, and thousands of sea birds were killed along with many marine mammals.

It was later surpassed in size by 1989's Exxon Valdez spill off Alaska and the 2010 Gulf oil spill off Louisiana.