Addendum to the December 27 Newsletter to cover the emerging likelihood of the Insurection Act of 1807 being used to resolve the 2020 election mess.

What is the Insurrection Act of 1807? It is not Martial Law but limited, as in a National Guard operation. In this case because of an attempted takeover of the US by a foreign and hostile power. We are speaking here of the 2020 election fraud, whereby China owned Dominion servers, combined with corrupt and treasonous Democrats, are attempting a coup. The Dominion servers were connected to the Internet, the votes sent overseas and modified, then sent back.

What Is the Insurrection Act: 5 Things to Know About the 1807 Law
June 2, 2020
https://patch.com/us/across-america/what-insurrection-act-5-things-...
The act is rarely invoked but has been used by U.S. presidents a handful of times over the past 200 years. The law allows the president to dispatch the military in states that are unable to put down an insurrection. Whenever the President considers that unlawful obstructions, combinations, or assemblages, or rebellion against the authority of the United States, make it impracticable to enforce the laws of the United States in any State by the ordinary course of judicial proceedings, he may call into Federal service such of the militia of any State, and use such of the armed forces, as he considers necessary to enforce those laws or to suppress the rebellion.

Is President Trump about to Invoke the Insurrection Act and Arrest Government officials Complicit in Election Fraud?
December 16, 2020
https://www.naturalnews.com/2020-12-16-will-trump-invoke-the-insurr...
Dominion Voting Systems in Antrim county Michigan recently underwent a forensic audit. By federal law, the Federal Election Commission only allows the machines to harbor an error rate of only 0.0008 percent. The Dominion Voting Systems had a 68.5 percent error rate and all the security log files were deleted! The military should be called into seize the machines and take possession over the ballots.

10 U.S. Code § 252 - Use of Militia and Armed Forces to Enforce Federal Authority
https://www.law.cornell.edu/uscode/text/10/252
Whenever the President considers that unlawful obstructions, combinations, or assemblages, or rebellion against the authority of the United States, make it impracticable to enforce the laws of the United States in any State by the ordinary course of judicial proceedings, he may call into Federal service such of the militia of any State, and use such of the armed forces, as he considers necessary to enforce those laws or to suppress the rebellion.

The evidence of election fraud is extensive, from dead people voting to duplicate and recycled ballots to ballots printed in China and delivered to the counting rooms without chain of custody. But the strongest evidence is in the hands of US Intel, as the Kraken computers recorded all the traffic on election night. Thus DNI Ratcliffe is in possession of this information, and alerted the Pentagon on December 18 who stopped transition meetings with the Biden campaign on the spot. 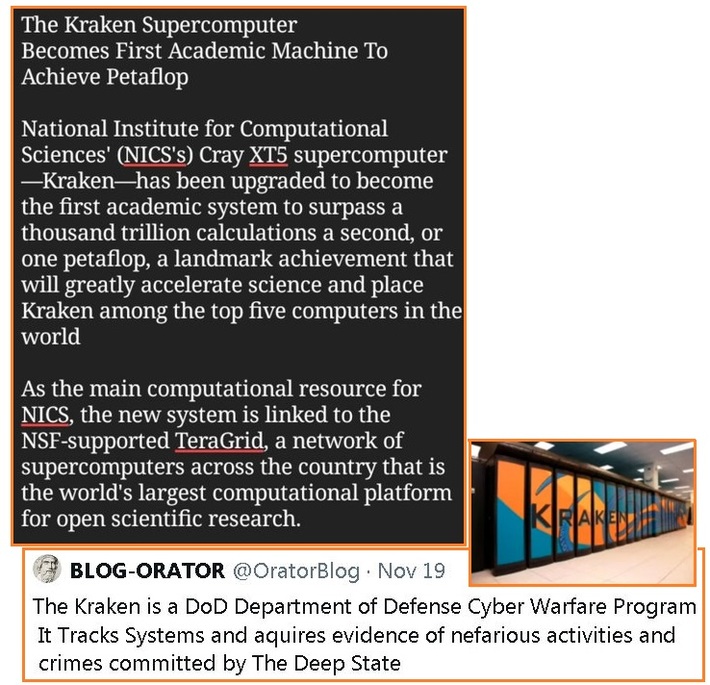 DNI Ratcliffe's Election Meddling Report Not Ready for Friday
December 16, 2020
https://www.newsmax.com/politics/election-meddling-foreign-influence
A statement from Director of National Intelligence John Ratcliffe's office said the deadline will not be met because career officers in the intelligence community say they have "received relevant reporting since the election and a number of agencies have not finished coordinating on the product."

ZetaTalk Prediction 12/31/2020: The coup planners are prepared to deny President Trump the opportunity to declassify this evidence and present it to the American people. Their hope to silence him requires the Emergency Broadcast System also be silenced. Enter the Insurrection Act, stage left.

What might happen next? Certainly the American people should be informed, likely by an Emergency Broadcast System alert. Insider speculation includes seizing all the Dominion servers and ballots and then recounting the swing states, and perhaps arrests of treasonous participants.  Meanwhile, the pressure on SCOTUS and the Republican led Senate is tremendous. Chief Judge Roberts assigned Trump friendly judges to the Swing State circuits, and Senate majority leader McConnell allowed Amy Barrett to be confirmed for SCOTUS, but not without repercussions, as his bruises show. Mitch McConnell Excoriated for Abandoning Trump, GOP over Election Integrity at Eleventh Hour
December 17, 2020
https://www.infowars.com/posts/mitch-mcconnell-excoriated
In a move that has some on the right scratching their heads – and others calling for his head, the Republican Senate Majority Leader has declared the election over, assigning victory to Joe Biden and Kamala Harris, and indicated he will not support any congressional contest of state electors when those votes are to be certified in Congress.

McConnell says 'No Concerns' after Photos of apparently Bruised Hands, Face go Viral
October 23, 2020
https://www.washingtontimes.com/news/2020/oct/23/mitch-mcconnell-sa...
Senate Majority Leader Mitch McConnell said there are “no concerns” surrounding his health after photos of his apparently bruised hands and face went viral. Multiple photos circulating on social media showed Mr. McConnell on Capitol Hill with significant bruises and several bandages on his hands and what appeared to be a bruise on his upper lip.

Mitch McConnell Is Going Viral For His Alarmingly Discolored Hands — Here's What Twitter Is Saying
October 23, 2020
https://www.buzzfeed.com/stephenlaconte/mitch-mcconnell-hands
For much of his Capitol Hill visit, Mitch kept his hands hidden inside his pockets. But after he dropped a face mask and reached to pick it up, this now-viral photo was taken. 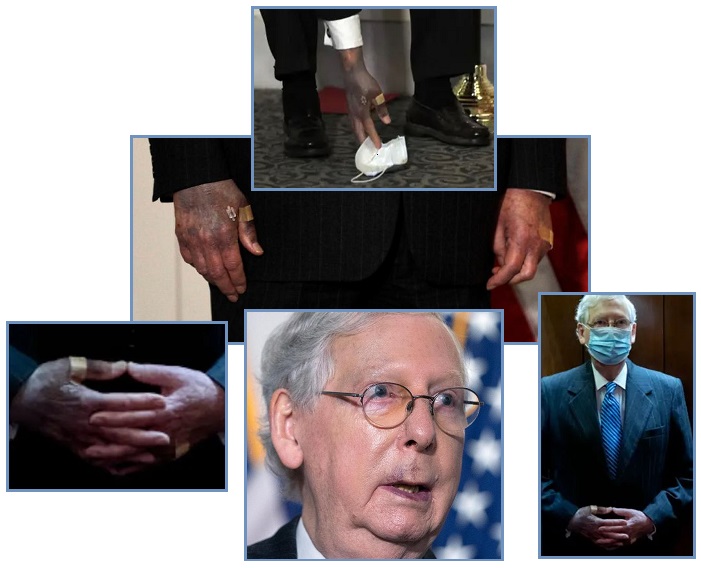 ZetaTalk Confirmation 10/31/2020: Senate Majority leader Mitch McConnell has obviously deflected an attack with his hands, which are horribly bruised. The attacker swung for McConnell’s face, which escaped unscathed except for a slight bruise on the upper lip. Members of Congress do not normally have a protective guard, but this precaution has now been put into place. A member of the public, enraged that Amy Coney Barrett was approved and sworn in, flew into a fit and went beyond verbally berating McConnell.

In this rapidly moving drama, there seems to have been yet another switch. At this point on December 20 all is speculation, more to come. There is more than one route to the goal of having the American people see the true election results and having President Trump see his next term secure.

The Art of War: Chapter 7
https://www.litcharts.com/lit/the-art-of-war/chapter-7
Take a winding route to bait the enemy and win.

ZetaTalk Speculation 12/31/2020: General Flynn stated in an interview recently that he expects President Trump to use the Insurrection Act to seize the Dominion servers and do recounts of legal ballots in the Swing States. Meanwhile, the Dominion and ESS tabulating servers have been sitting in locations where they could be wiped clean or have their program cards removed and replaced. Hardly secure. Paper ballots are by law locked up after the election, and could be examined for duplication or watermarks or fraudulent signatures. Thus commandeering these ballots at the present time is not necessary.

Despite cries by the Dominion and ESS corporations that their servers are not connected to the Internet, this is the means by which they provide updated counts to the media, waiting breathlessly for the latest on election night. This connection to the Internet also allowed the tabulating servers to send the unofficial results to Spain and thence to Germany to be tweaked to assure a Biden win. Every step of this operation was recorded by the NICS’s Kraken computers. The programs on a CIA server in Germany were also secured by the Junta. Thus, commandeering the local Swing State servers is no longer necessary.

We have stated that resolving the 2020 election mess must include educating the public about the extent and means of the fraud. On December 19 President Trump denied plans to use a Martial Law route on the election mess but there are also new rumors emerging that President Trump might assign a Special Prosecutor, especially Sidney Powell, to investigate election fraud. President Trump fears that using the Insurrection Act of 1807 as a means of gaining a valid recount and inspection of the paper ballots would be used by the Cabal to incite fear and panic in the populace, thus he seeks a different route.

The Constitution states that “The person having the greatest number of votes shall be the President”, so any Executive Order that President Trump writes that would be in compliance with the Constitution would be considered reasonable and legal. If a hand count were done by the National Guard, directed to do so by an Executive Order written for this purpose by President Trump, then who could object? This combined with a full recount of fraud used around the nation by perhaps a Special Counsel such as Sidney Powell would educate the public. More to come. 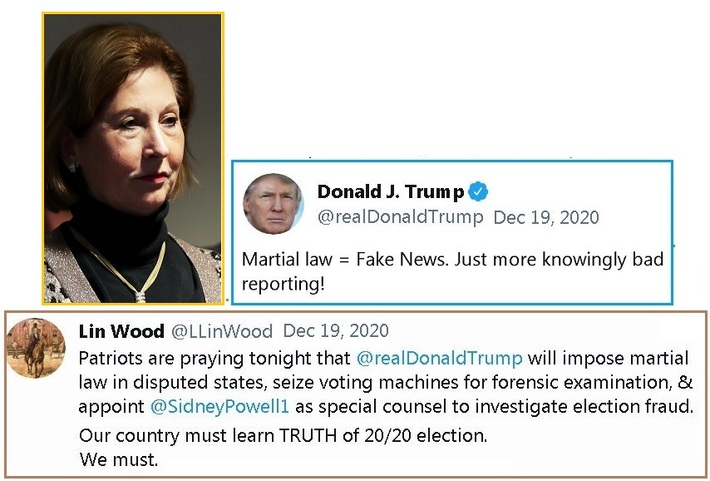