Red Sea Stretch- Yemen: An increase in the number of landslides and land cracks in Bani Hushish district. 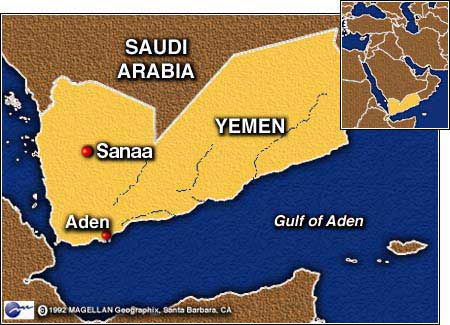 SANA’A, Oct. 30 — An increase in the number of landslides and land cracks in Bani Hushish district, east of Sana’a, has destroyed houses, farms and roads and created panic among residents.

The road to the Rawsah area, located on top of Rateh Mountain in Bani Hushish, has been blocked by land fissures. Since late September, four houses in the path of the cracking land were partly destroyed in the area and one totally collapsed.

Muhsin Sarhan, a resident in that area, said his brother’s problems started before that. His house, Sarhan says, was the first destroyed by the rifts as they began to appear six months ago.

“At the time, we thought the house collapsed because it was built on uneven land and later realized the shifting earth had led to its destruction,” he said. Sarhan’s brother’s family left their place for a neighboring village when they noticed their houses structure beginning to crack with the land.

Now, the land rifts are widespread in the area, but it is unclear when exactly they appeared. Local residents say it was in late September that they really began noticing the enormous cracks.

Although the lives of roughly 300 residents of Rawsah area have been affected by the land rifts, they have no plan to stop working in their nearby qat farms and relocate to another location.

“We don’t have another job to do and can’t leave our farms behind and move to another place,” said Majed Malik, a local farmer in the area.

The rifts cover several farms on top of the mountain and it appears the cracks are moving further up the mountain.

He’s said he’s been living in the area for 20 years without seeing any cracks.

“I’m currently living with my family in my brother’s house, which is also near the land rift,” he said. “But we have to stay there because there is no other place to go.”

Zaid said they hear the sound of the earth wobbling at night, adding, “This is a warning for inhabitants to leave their houses before they collapse.”

Aref Al-Jabali, a project director in Yemen's Geological Survey Authority, said inspection teams have already been sent to the devastated area to do a land assessment.

“The preliminary findings indicate that the new farms and irrigation canals are causing the land rifts in the area,” he said. “The geological nature of the area and the excessive irrigation of agricultural fields have also contributed to these rifts.”

Local residents say the government authorities do not supervise the development of new farms, water canals and houses located on wetlands.

“We create new farms and waterways to irrigate them without getting proper licenses from the government,” admitted Ali Sarhan, a local farmer.

Land cracks have previously affected another 18 houses in the area that housed more than 150 residents, most of them have left for neighboring areas.

Mohammed Al-Qadi, director of Bani Hushish district, said according to an official report he received from the Geological Survey Authority, these cracks may spread to other similar areas, forcing more residents to relocate.

“We informed the president’s office and the Defense Ministry has been assigned to find a solution, but nothing has happened yet,” Al-Qadi said.

Ahmed Mohammed, a 40-year-old resident, said his life was irreversibly affected in early October by the changing land.

“When I heard a strange sound on Oct. 10, late at night, my family and I were frightened. I came out to figure out what’s the source of the sound,” said Mohammed. “Then I recalled that my neighbors already told me about the sound and hurried to move my family members to a nearby village.”

The next morning when Mohammed returned to the area, he faced the debris from his partially-collapsed home and the enormous rifts that scarred the farm.

A number of Rawsah locals who have the money, according to Mohammed, have started to build houses in remote areas. The majority of residents, unable to afford the cost of constructing new houses, are still living in the partially ruined buildings.

In late 2005, a massive landslide in the Al-Dafeer village of Bani Matar district in Sana’a governorate left 64 people dead, and many homes totally or partially destroyed. The locals in Rawasah have asked the national government to help them find alternative housing.

“Tell the government we do not have a shelter so far, and we are waiting for an alternative place to live,” said Mohammed.

Termed the Stretch Zone, those parts of the globe including the Red Sea because the Arabian Plate is moving clockwise as the African Plate drops toward the Indian Ocean.

Yemen: A new island appeared in the Zubair archipelago

A new island has emerged in late Oct at the submarine eruption site, but the exact date is currently not known.