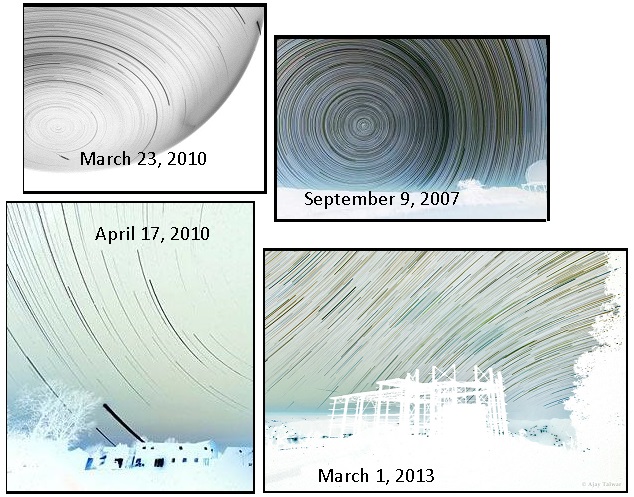 The Earth wobble  can be discerned from long-exposure photos that would normally show a perfect circle around Polaris, the North Star. In Issue 149 of this newsletter we featured a 2007 long-exposure photo that showed a skew in the circle. This photo was from a NASA site so was presumably a credible source. By 2010 this skew had gotten wider, showing what would otherwise be a circle as an oval. These examples were features in Issue 179 and Issue 183 of this newsletter. A recent long-exposure from India, during the night, is in line with the latest wobble analysis in Issue 343 of this newsletter, which shows a tilt of the N Pole of Earth first to the right and then to the left. Polaris is in TWO places during the night!

ZetaTalk Analysis 6/4/2013:
On March 1, 2013 there is a new development. The center of the focus is in TWO places, not just one! As Nancy pointed out in a recent newsletter, due to Planet X more to the right of the Earth lately, the Figure 8 has Polaris low on the horizon and to the RIGHT in India when the Sun is high overhead in America, and then switching quickly where Polaris is high in the dome and more to the LEFT in India when the Sun is moving to be over New Zealand. This long-exposure photo show this motion, without question. It is not that the camera platform moves. It is not that Polaris moves. It is that the Earth itself moves to point its N Pole toward a different place! It is difficult in the middle of the night to determine this, as the usual proof is to measure the Azimuth of the sunrise or sunset. But here, we have a midnight capture! 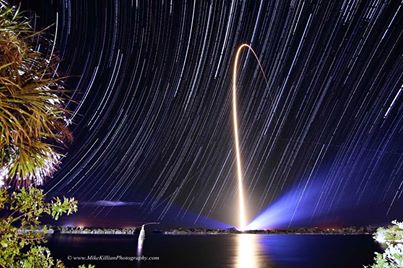