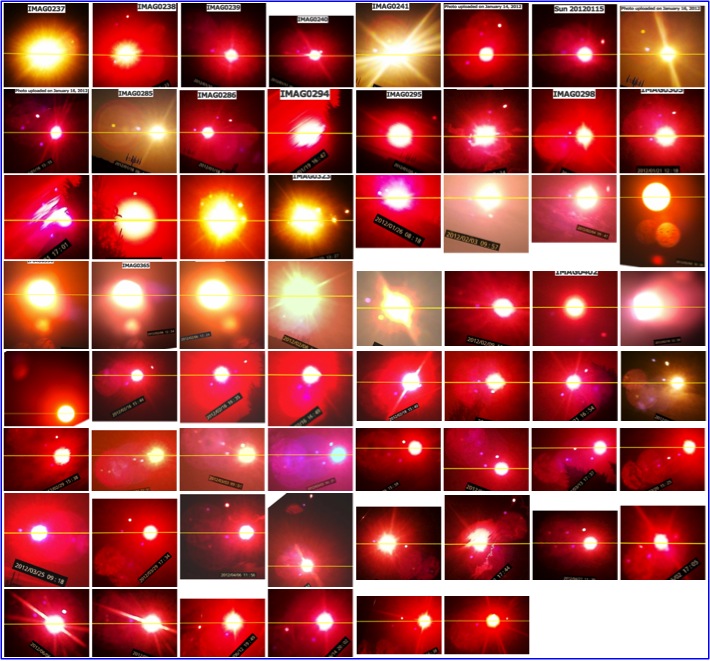 (1) All photographs I used here are the ones taken and posted by Alberto Cardin who is a pioneer and master of the red film revolution, thanks a lot, Alberto Cardin!

(2) What should be considered in doing the angle revised for arranging the sun's middle line are the date and time, and the degree of leaning to the horizontal direction of the camera when the picture was taken. In addition, to simplify the calculating the angle to be revised, the assumption is the following;

1) the latitude of the place where the picture was taken assumes 45 degrees (northern Italy),

2) as the pictures were taken from January to June, mostly January to April, the difference of the date of pictures is set aside, and the revised angle is calculated by such the way shown in the following table, though the time of the sunrise and the sunset are different from 6:00 and 18:00 of the spring equinox back and forth.

It's amazing to see them together like that!!
Thanks to Kojima for arranging them so and Alberto Cardin for the excellent pics!