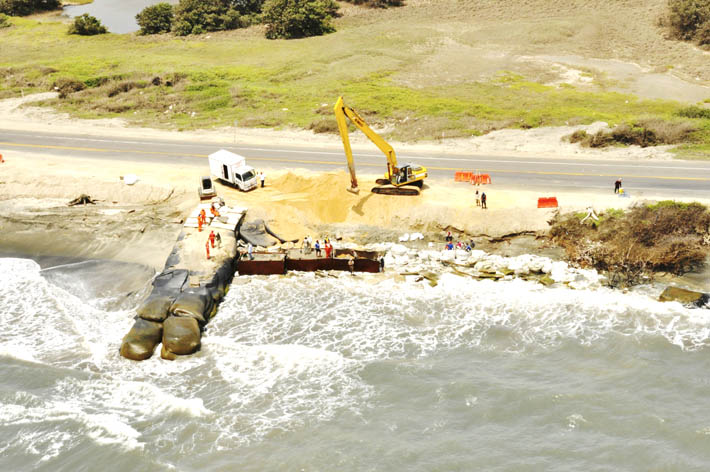 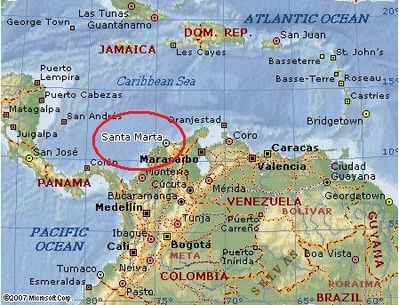 Coastal erosion between kilometers 19 and 20 Via Santa Marta - Barranquilla, is a latent mobility between the departments of Magdalena and Atlantic threat.

The Meeting was attended by the Coordination for Disaster Risk Management of the Department of Magdalena, Invemar, Corpamag, Harbor and Santa Marta DADMA, the issue of coastal erosion was revised promptly at Kilometer 19. Development in this activity, each of the entities set out the various actions that have been developing in the framework of its powers to counter the crisis presented. The need to coordinate efforts and institutional commitments in order to obtain solutions for the short, medium and long term in that field were.

For Thursday June 12, is scheduled to make a visit Kilometer 19 in order to evaluate in the field the current state of affairs. It also stipulated the need for constant monitoring and follow-up in the respective area of ​​greatest impact of coastal erosion. 03.06.14. Venezuela Second time in four years this has happened

The sea retreated from its usual height between 3 and 4 meters: Yesterday afternoon a maritime phenomenon on the shores of beaches Las Cabañas, Valle Seco, Cuchivano, Water Salt and Rio Chico was reported.

Victor Lira, director of Civil Protection Miranda, said they are monitoring the coast and giving the warning to communities and fishermen, for which the situation is not dangerous, he said.

"That happened to us three years ago and times the water returned to normal. We do not know why that is, but it may have to do with that we are about to start the rain, we are affecting the El Niño phenomenon. Being Monday, the beaches are empty, "said the official.

The Venezuelan Foundation for Seismological Research discarded through his Twitter account that it was a phenomenon related to an earthquake or tsunami. "Currently there is no # tsunami alert. The scenario described in Higuerote has tsunamigenic origin. " 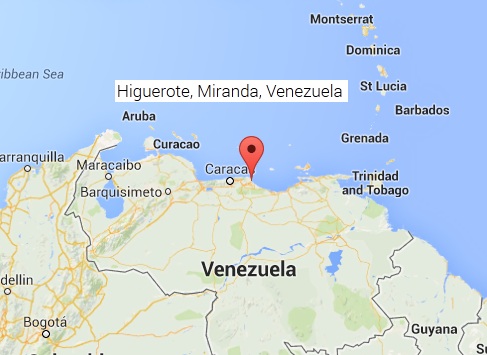 colombia: In Tierrabomba 120 homes are about to collapse The Superior Court of Cartagena grounded action remedy filed by Ombudsman's ordering a series of measures to protect the fundamental rights of the inhabitants of the island of Tierra Bomba.

The defender Jorge Armando Gómez Otálora guardianship filed after a visit to the area and warn the risk for 10,000 inhabitants of the island by the cracking of houses, 120 of which were about to collapse.

The Court ordered that the Mayor and the Office of Risk Management District Cartagena must relocate, lease or provide subsidies to families affected temporary housing while they provide a place of permanent residence, giving priority to households with children , elderly people or people with disabilities, as well as occupying homes at high risk of collapse.

In some cases, studies should be done to determine the risk level of housing and establish the transfer time.

Similarly, the district administration should ensure the relocation of families considering the community regarding the social fabric and cultural identity of the people whose lives are fundamentally linked to fishing activities.