Participation was good with approximately 800 completed assessments, although it's likely the quiz was taken more than once by many of the participants. The results don't include an average overall score for this reason. Instead, the results show the percentage of chosen answers for each question.

Overall, the results indicate that most of you have been doing your homework, but there's definitely room for improvement. Most notably, nearly 80% of participants were unclear about when the Sun will begin rising and setting hours late during the 18 days of slowing rotation, and 66% were unsure of when it will be safe to restart gardens in the Aftertime.

Please continue to revisit the many vital aspects of Pole Shift survival outlined in ZetaTalk.

Thanks again for your participation! 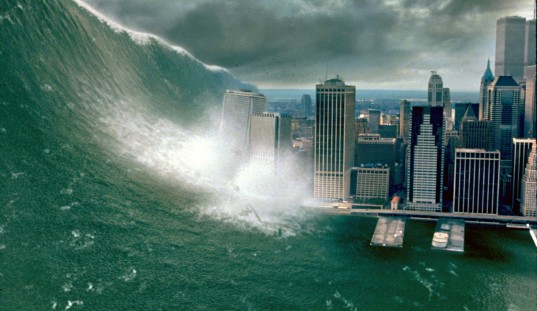 Correct answers: a or d

Explanation: Generally speaking, the Zetas have warned that coastlines will be inundated by tides between 500 and 600 feet high following the Pole Shift. However, there are exceptions. Therefore, technically, both answers a and d are correct.

"During the hour of the pole shift we have predicted that coastlines can anticipate tides up to 500-600 feet due to the sloshing of the oceans. This is due to the exceptionally rapid movement of the globe, a 90° turn within the span of an hour."  ZetaTalk: January 30, 2010

"For the countries east of the Baltic Sea, the tide can be estimated to be close to 700 feet at the coastline." ZetaTalk: Belarus Correct answers: b or d

Explanation: The Zetas have generally advised those wishing to survive the Pole Shift be located at a minimum 100 miles from shore and 200 feet above sea level. This advice does not apply, however, for regions that will be subject to tidal bore. Therefore, technically, both answers b and d are correct.

"What this means for those residents in these countries is that they must be slightly higher when inland than the 200 feet at the 100 mile mark. Depending upon terrain, be higher by 200 feet or further inland by 50 miles...Be 400 feet above sea level and 150 miles from the coast, for safety."  ZetaTalk: Belarus Explanation: Using the ratio of 200 feet above sea level for every 100 miles inland, 400 feet would be the minimum safe elevation at only 50 miles inland, even for areas that will experience tidal bore.

"If the tidal waves have been described as being 500-600 feet high, so that one must be 100 miles inland and 200 feet up to avoid them, then a safe ratio can be determined, but there are cautions. Chile will deal with tidal bore, as if the tsunamis and tidal waves cannot roll inland they will climb UP into ravines. They will likewise be forced up river outlets and thence spread in the inland valleys. If one can only be 50 miles inland, then they should be at least 400 feet above sea level, to be safe."  ZetaTalk: Chile

Explanation: The Zetas have estimated the global rise of sea level following the melting of polar ice caps to be between 650 and 700 feet, 675 being the general estimate, 700 feet being the maximum.

"In computing the rise in the seas to 675 feet, more than the melting of Antarctic and Greenland ice is presumed, as this rise has been computed by man to be only 200 feet."  ZetaTalk: Rising Seas 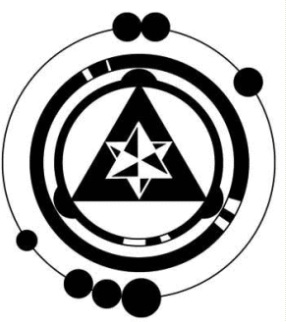 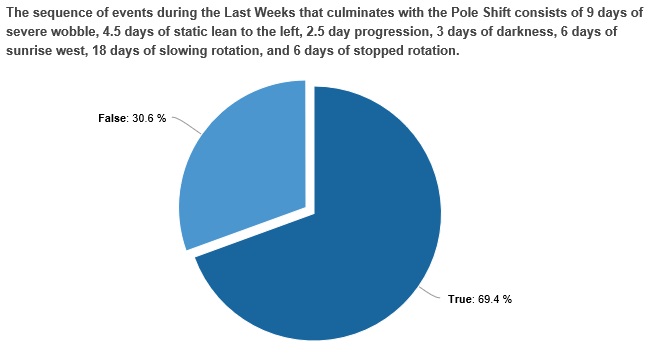 Explanation:  While Earth's North Pole is deflected away from the approaching Planet X during 3 Days of darkness, Earth's southern hemisphere remains exposed to the Sun.

"Planet X must roll, and does this as a sideways roll, the path of least resistance, then rising its N. Pole to align side-by-side with the Sun at the end of this 270° roll. The Earth is hardly a passive observer, but participates when it finds a hose of magnetic particles pointed at it by deflecting its N. Pole. This is reflected in folklore as a period of darkness for the northern hemisphere, a Biblical prediction of 3 days of darkness."  ZetaTalk: 3 Days of Darkness Explanation:  The common misconception that Earth's rotation must somehow reverse in order for the Sun to rise in the west is alleviated upon comprehension of the Zetas' explanation of 6 Days of Sunrise West. That 43% answered incorrectly shows just how common this misconception is. Explanation: Perhaps the most misunderstood event during the Last Weeks with nearly 80% answering incorrectly.

"When one wakes up in the morning, finding it to be dark outside rather than a breaking dawn, yet the clocks in the house and the entire neighborhood confirm that it is indeed the morning hour - this is a countdown sign. Rotation will completely stop in a day or so, with such a dawn followed by an evening where the Sun seems reluctant to set, setting hours later than usual, and then rotation stops completely."  ZetaTalk: Countdown Signs 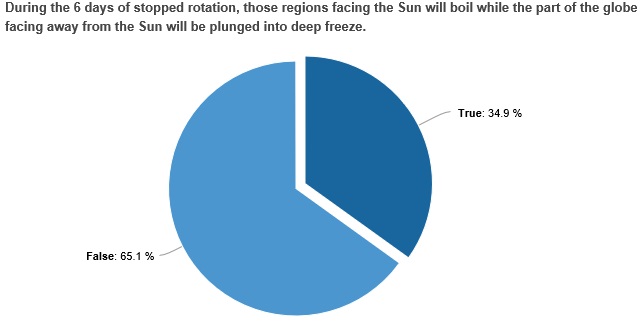 "Due to the atmosphere moving about, hot air rising and cool air dropping, as usual, there is exchange of heat and cold, even without rotation. Thus, those in the day side will find it may be as hot as a very hot summer day, but no worse, and those in the night side may find they need to break out the blankets and turn on the furnace or start a fire, as in winter, but no worse than this."  ZetaTalk: Warning "The dusting with red dust occurs less than 24 hours, and most likely less than 12 hours. This depends upon a number of factors, including how well the dust drops through the atmosphere to be deposited on land where the very first evidence will be closely watched for and thus observed. " ZetaTalk: Warning a. Dusting with red dust
b. Hurricane-force winds
c. Jiggling of the ground
d. Trumpeting in the Skies
e. None of the above

"Dusting with red dust should be considered a warning to take cover, under metal or sod roof structures, out of the wind.... In one location, the first sign of dust may be 18 hours ahead of the shift, and all run in panic to shelters. In another location, dust may not be noticed until heavy, perhaps 6 hours ahead of the shift, a good time to head for the shelters in any case."  ZetaTalk: Warning 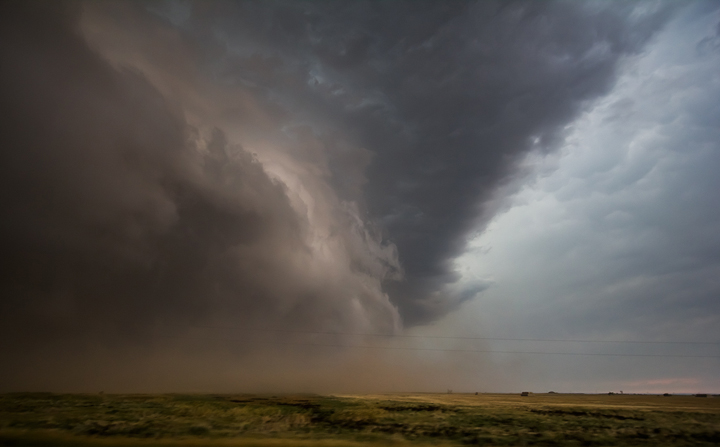 "At the start of the shift, there is a strong clue that crust shift has started, and this is the uptick in wind. As the crust moves, the atmosphere resists, and this causes hurricane force winds globally. It will come from the direction the crust is moving. For North America, for instance, the crust will be moving NW, and the hurricane winds comes from that direction."    ZetaTalk: How to Identify Explanation: Admittedly, this question was somewhat misleading. There's nothing wrong with a trench that is 10 feet long, as 46% responded.

"The trench need not be long, is best not more than 25 feet, so that those using it can crawl out either end and anyone fainting or dying of a heart attack will not prevent the others from emerging."  ZetaTalk: Shallow Trench 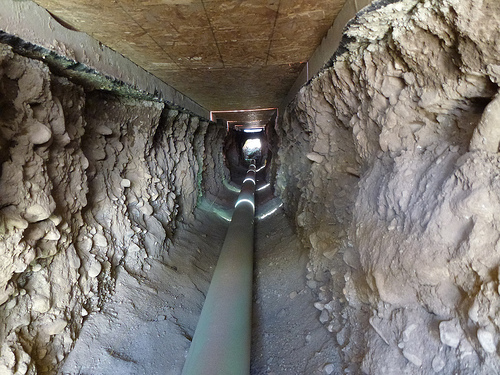 a. Well-secured metal or sod roof
b. Located on a hilltop, flat, or slightly sloping area
c. Not located in a heavily forested area
d. Located where its brushy, so soil won't wash away
e. All of the above

Explanation: "The single structure that resists tearing away in hurricane force winds and can withstand the magnitude of earthquakes expected is a continuous oval, partly laid into the earth. Domed Structures give the least resistance to winds, and where the dome is continuous, provides a shape most resistance to earthquake damage."  ZetaTalk: Safe Structures Explanation:  This was another tricky question. While nearly 43% selected 1-2 days (the quiz software doesn't recognize the '-' character so the above chart shows "12 days"), technically, the correct answer is "None of the above". The Zetas said Earth's rotation will resume within a day or so after the Pole Shift, but will be erratic for some time.

"Within a day of the passage, the Earth begins to rotate again, and within a day or two has returned to her normal pace or rotation. Nevertheless, during an adjustment period that may last several months or even years, rotation may be a bit erratic. One should not set the clock on a 24 hour day, at least not at first."  Zetatalk: Return to Normalcy 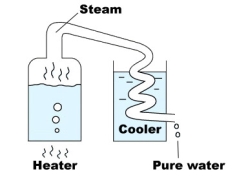 Explanation:  The Zetas have repeatedly emphasized the vital importance of distilling all drinking water for years after the Pole Shift. This question received the most correct responses.

"We have stressed that heavy metals will be found in groundwater due to cracks in the ground where magma has forced up, and due to volcanic ash that has washed down with the rain. Distillation resolves all these pollutants and infectious agents and should absolutely be used."
ZetaTalk: Ning Chat Q&A - April 16, 2011

"We have stated that drinking water should be distilled, and this continues to be our recommendation regardless of the source of the water. Well water will likewise run the risk of lead poisoning, from magma pushing up into the underlying soil strata. For some years after the pole shift, distillation is advised."
ZetaTalk: GLP Live - April 10, 2010 Explanation:  This was another important question where two-thirds responded incorrectly.

"Plant a test garden, and only when you can grow seed from the plants should you plant for food. If you can't produce seed, the plants too sickly to mature or the insects not viable to pollinate, then you will eventually waste all your seed."  ZetaTalk: Restart Gardens 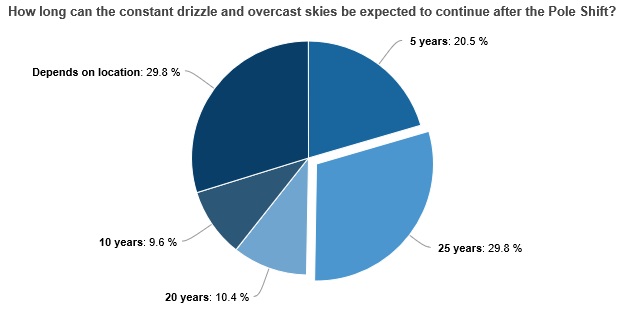 Explanation:  Technically, both answers d and e are correct, an equal percentage choosing them. Our apologies to those who were scored incorrectly for choosing answer 'e'.

"Continuous drizzle, has been predicted for the world for some 25 years, during the time when volcanic gloom will also prevail and the clouds lie close to the ground...  there is a relationship, the 25 years we have predicted for volcanic gloom, also being in place for continuous drizzle. This is not to say that survivors must live in their raincoats, as this will be a reducing phenomena, over the 25 years."  ZetaTalk: Drizzle

"We have stated that the Earth will be under volcanic dust gloom for 25 years. Obviously, this will depend upon region, proximity to burping volcanoes, being down or upwind of same, and elevation... some areas will find themselves groping through the dusk for 40 years, as Moses reported where he wandered just east of the volcanoes in the Mediterranean, and other locations will find the gloom like overcast days, the sun rarely shinning through, but occasional sunlight beaming through like a promise. In those areas, which can be plotted by careful analysis of the new geography and factors to be considered, survivors will find vegetation struggling through, but crops will still be pathetic to nonexistent. These areas will find after 15 years, that the gloomy days are lightening up, and think this a return to normalcy, in their joy."  ZetaTalk: Gloom

During the Poleshift Pacific will shorten in half (shrink), Atlantic will double in size (grow) so plates will move in relation to another and a new tectoic plate will be born .My understanding is that the wind for Europe will be from NE on and for America from NW  . maybe this picture will help you to understand the wind dynamic: 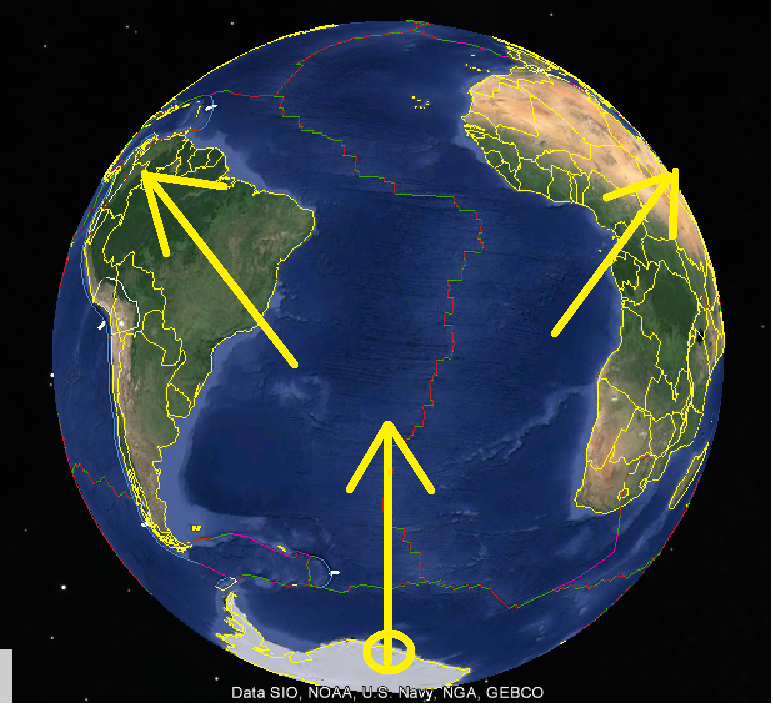 I still dont understand the direction of the

-"The Atlantic rift starts sliding northward"... So we base the direction of the 1st winds for all the other continents based on this, as well?

What about the middle east, eastern europe & those areas? which seems to be on a "pivot point".. They dont get the early warning from the direction of the 1st winds, i guess?