Could the Zetas say something about this, as it seems that the whole crisis/war is more about preparing the populace of Sweden of what's ahead, like earth changes etc. ?
[and from another]
Sweden Is Preparing For A "Civil War": PM Wants To Deploy Army In No-Go Zones.
https://www.zerohedge.com/news/2018-01-18/sweden-preparing-civil-wa...
For the first time since World War II, Sweden is preparing to distribute a civil defense brochure to some 4.7 million households, warning them about the onset of war. The booklet will serve as a manual of "total defense" in case of a war, and provide details on how to secure basic needs such as water, food, and heating. The manual also covers other threats such as cyber attacks, terrorism, and climate change. The survivalist manual or better known by some as a preppers guide is called “If Crisis or War Comes,” will be published by the government in late spring.
[and from another]
http://abcnews.go.com/International/wireStory/sweden-reissue-cold-w...
The Swedish government's decision was a result of "the current security situation" in the region, with Russia's intensified military maneuvers.
[and from another]
https://www.irishtimes.com/news/world/europe/what-if-war-comes-swed...
The Swedish Civil Contingencies Agency (MSB) says the focus of the new booklet is not solely on the threat posed to Swedes by war but also climate change, terror attacks, pandemics and manipulation of information.
[and from another]
http://www.telegraph.co.uk/news/2018/01/17/sweden-tells-public-prep...
The brochure, due to be sent to 4.7m households, will inform the public how they can take part in “total defense” during a war and secure water, food and heating. 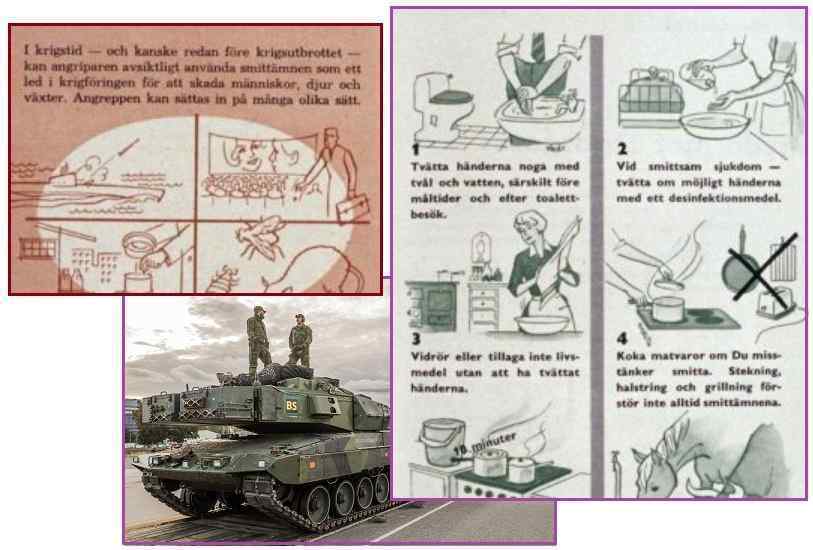 Is Russia about to attack Sweden? Hardly. The republication of this civil defense booklet has a different motive, primarily to ready the citizens for the collapses of their society in the event of major Earth changes such as those predicted for Nibiru’s passage. It assumes lack of electricity and clean water, requiring that water be boiled, and the need for heat sources such as burning wood in their cold climate. As Sweden is desirable high land, mobs of immigrants is also a consideration, or an attempted takeover of their government. When Nibiru is openly admitted, the publication of this booklet will be put into perspective.