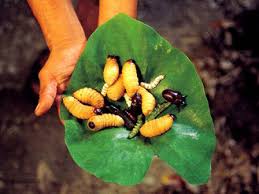 In many countries, eating bugs, grubs and worms as well as what we term weeds,is part of a normal daily diet.  As the Earth changes start to take a hold and increased crop shortages become the norm, new food sources will be sought after and utilized in daily diets.  For those who have back gardens or go to parks etc, they will notice that dandelions, goosefoot, and mushrooms along with other wild edibles are readily available. For instance the whole of the dandelion plant can be eaten, providing a lot of nutrition.  That creeping garden weed, chickweed is a lively peppery addition to salads.  That pervasive variegated plant in the corner of the garden - groutwart - the leaves can be eaten just like spinach.  There are  many surprising plants and insects that provide the nutrition we need when food is scarse. 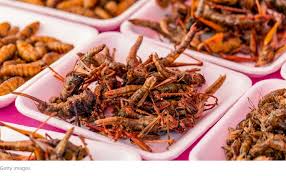 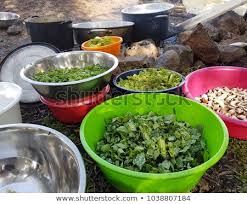 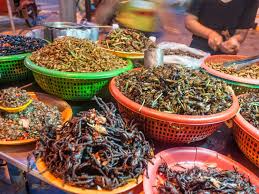 Birds and Other Small Mammals 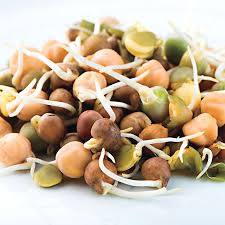 It is recommended to use organic seed produce as most stores sell produce that has been irradiated and the seeds will not sprout.

Here are some seeds that are good for sprouting:: broccoli - lentils - peas - sunflower - pumpkin and mustard.. Dried and powdered worms/bug stores well and can thicken soup. Corn and Amaranth ground up together makes a corn cake equivalent to red meat in protein.

How to forage for food in the garden or anywhere, identifying 10 different plants!

Herbs to forage in the Spring, 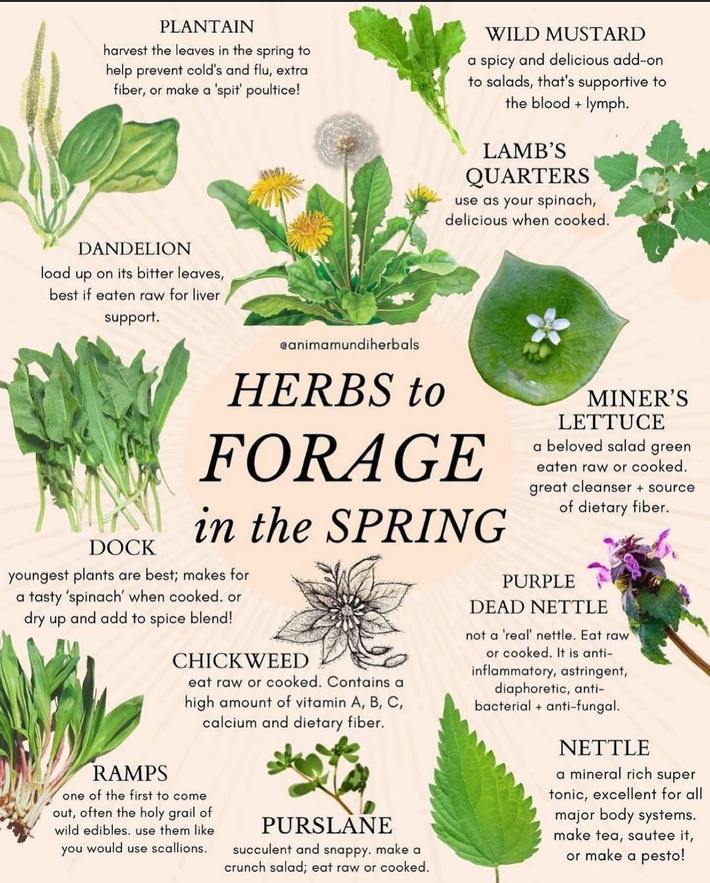 This is a bit of a long video, but at the 55:11 mark, there is an interesting part on insects and how to incorporate them into daily cooking.

https://youtu.be/BBT_FLYF65k?t=3312 ; This URL will take you directly to the point of the insects.

Lots of people sprout their own seeds for eating.  Putting into salads, on sandwiches and various dishes.  Here is a site that helps to show what seeds to sprout and some of their nutritional value.

How to prepare Dandelion Jam, Cake and Dandelion root coffee


HOW TO MAKE SQUASH FLOUR

Squash flour is a wonderful low carb flour that can be used for gluten-free, paleo, and keto baking! A perfect replacement for coconut flour! This gluten free flour can be made with any type of squash!

Yellow squash is prolific during the summer months, especially with the Back to Eden Gardening Method that we use! But there are only so many yellow squash recipes that I really want to make for the family, so I got a little creative.

Normally we use coconut flour for our baking needs, with an occasional almond flour recipe tossed in the mix.

But I decided to try my hand at making squash flour to see how it compared.

HOW TO MAKE SQUASH FLOUR - A LOW CARB FLOUR

Fortunately, my rabid curiosity paid off and the squash flour was a smashing success!

✅ If you need a good dehydrator, here's the dehydrator we've been using for 20 years (and love)!

Once I finished the flour, I made this delicious chocolate cake!

5 pounds of squash for 1 cup of flour?!
Yes, it is a lot of squash! But keep in mind that you aren't going to be using it in the same quantities as wheat flour.

For each recipe, you will only use 1/2 a cup of squash flour, on average!

HOW TO STORE SQUASH FLOUR

Store the squash flour in an air tight container WITH a silica packet (this is a MUST) for up to 6 months.

The squash flour will pull moisture from the air and will end up molding in the jar if you don't include a silica pack. These are the ones we use and they work really well!

HOW TO USE SQUASH FLOUR

When first contemplating the idea of squash flour, I did a small test batch to determine the absorbency rate of this flour compared to other paleo, GAPS gluten free flours such as almond flour and coconut flour.

Does this work with other squash varieties as well?
I have tried it with zucchini and had the same results as with yellow squash! However, I have not tried it with the starchier squashes such as butternut and spaghetti squash.

Here is the zucchini flour! 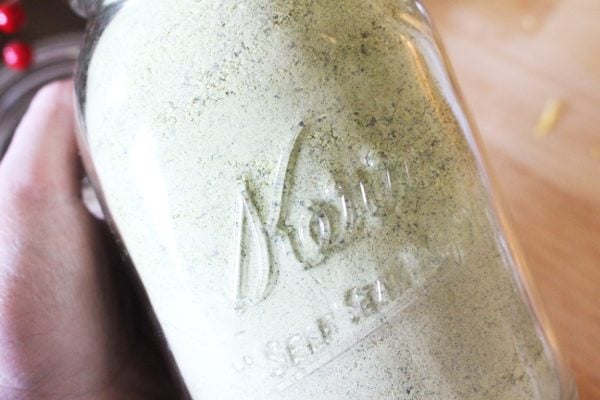 Will this turn my food yellow?
As you can see in the photo, the finished product has a vary light color when fully blended. However, if you made this with zucchini (and then didn't add cacao or something to the recipe), this would give the finished food product a slight green tinge.

That doesn't bother me though!

How long will it last?
If you use an air tight container and a silica packet in every jar, it should last you about 6 months to a year, depending on the humidity of your climate.

In all honesty though, it's going to be gone long before that because this stuff is seriously delicious!

While there's not really a 100% accurate way to calculate the nutrition for the squash flour, each 1/2 cup is about 2.25 pounds of fresh yellow squash or zucchini.

So here are the nutrition facts for 2.25 pounds of squash! Keep in mind that you need to subtract the fiber to get the net carbs.

When you are cultivating hostas to eat, the main harvest time will be spring.

The most delicious part of the plants are the hostons that emerge in the spring. Simply cut or snap off these curled leaves at ground level soon after they emerge.

Eating hosta is more than just a novelty. These plants have potential to be a major productive vegetable. You can take the whole first flush of leaves from an established plant without destroying the plant. It should simply produce a second flush of fresh leaves.

Smaller hostons are delicious served raw in a salad, or stir-fried lightly. Larger ones are best boiled briefly and then served as you would another green vegetable. You can substitute hosta for brassicas such as broccoli, for example, in a range of recipes.

The hostons, however, are not the only part of the plant that you can eat. Open leaves can also be eaten, stir-fried or as a spinach substitute in a range of recipes.

Here are some interesting tips on different types of flour

With in the link here are some of the flours that are featured and can be processed:

They list the following plants as sources of wild flour:

Of all the wild flour options discussed, seeds and grains are some of the least practical options.  Most are very small and require extensive processing before they can become flour.  Even then, it’s tough to harvest more than a handful at a time.

Acorn flour also requires a lot of processing, but it’s possible to harvest enough to feed your family all year from just a few trees.  It’s also highly nutritious and bakes up wonderfully.

Other nut flours are also good options, provided you can beat the squirrels to the harvest.

Pollen flours are highly nutritious but only available for a short time.  Root and rhizome flours are a better option, given that they’re available much of the year, and you’re not competing with wildlife for that nutrient source.