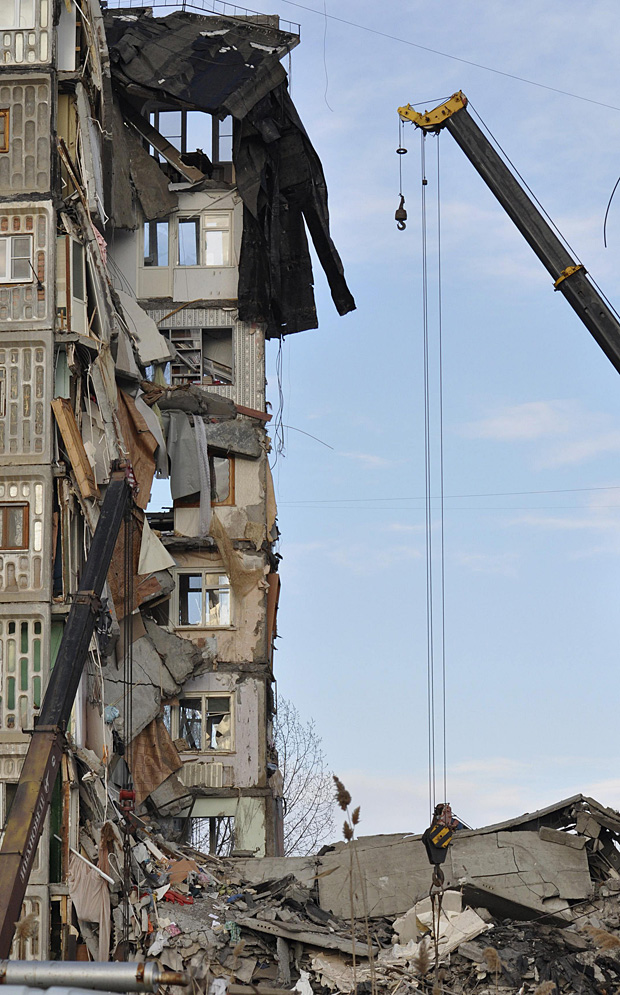 A nine-storey apartment block in southern Russia collapsed after a gas explosion Monday as rescuers battled to find up to 14 people still feared trapped under the rubble, the emergencies ministry said.

The block, part of a housing complex in the southern city of Astrakhan, disintegrated and collapsed in a heap of rubble and dust after the explosion blew out its lower floors, pictures on state television showed.

The cause of the blast, which took place around lunchtime, is believed to have been a gas leak, the emergencies ministry said on its website. Some reports said the leak could have been prompted by an attempted suicide inside the housing block.

The health ministry said 12 people were injured, including two children who are among seven people still hospitalised.

In a sign of the gravity of the incident, the emergencies ministry said it was despatching two giant Ilyushin-76 planes to Astrakhan with rescue specialists and machinery on board. Emergencies Minister Sergei Shoigu also arrived at the scene.

Prime Minister Vladimir Putin ordered the creation of a special commission under Deputy Prime Minister Viktor Zubkov to examine the causes of the disaster, his spokesman Dmitry Peskov said in a statement to Russian news agencies.

Blasts caused by faulty gas systems are a frequent occurrence in Russia and the former Soviet Union because antiquated infrastructure has not been modernised in the last decades.

The pictures shown on television appeared to indicate that the building was one of the often poorly constructed housing projects that sprang up in the Soviet Union in the 1960s and 1970s to house workers.

Interfax quoted a source as saying that rescuers held a minute of complete silence to listen for sounds of life in the rubble and that voices were heard from within.

“We are now taking measures to get as quickly as possible to these people and save them,” an official told the news agency.

The chief investigator for the Astrakhan region said that one of the residents on the third floor where the initial fire was sparked was reported to have repeatedly had suicidal intentions.

“More than once he had turned on the gas taps and it seems he carried out this action.”

Federal investigators said in a statement on their website that an investigation had been opened into suspected negligence during construction work. Pravda gives three possible causes - pick which ever one seems more likely to you: a gas explosion, terrorist attack or a suicide attempt(!?). 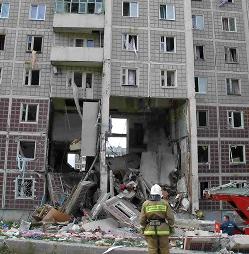 In 2009 on August, 19th in the Far East of Russia on Wednesday there was a state of emergency - as a result of explosion of household gas the part of a many-storied apartment house in Amursk Khabarovsk territory has fallen.

ZT The cause of this explosion was movement within the ground beneath the building. ZT
http://www.zetatalk.com/index/zeta527.htm