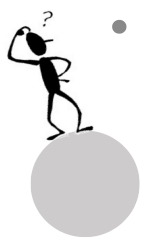 Thanks for the responses everybody. I was not aware of the " Sun Dog " .. That explains a lot. I see that when you see a sun dog it is known to represent rain may be on the way. Unfortunately Central Texas is in one of the worst droughts I have ever seen and have yet have a rain that will fill the lakes. Hopefully that will change.

Check out these two comparisons same street about same time in the morning, Street direction shows exactly SW on Google maps. I am assuming this has something to do with the solstice. 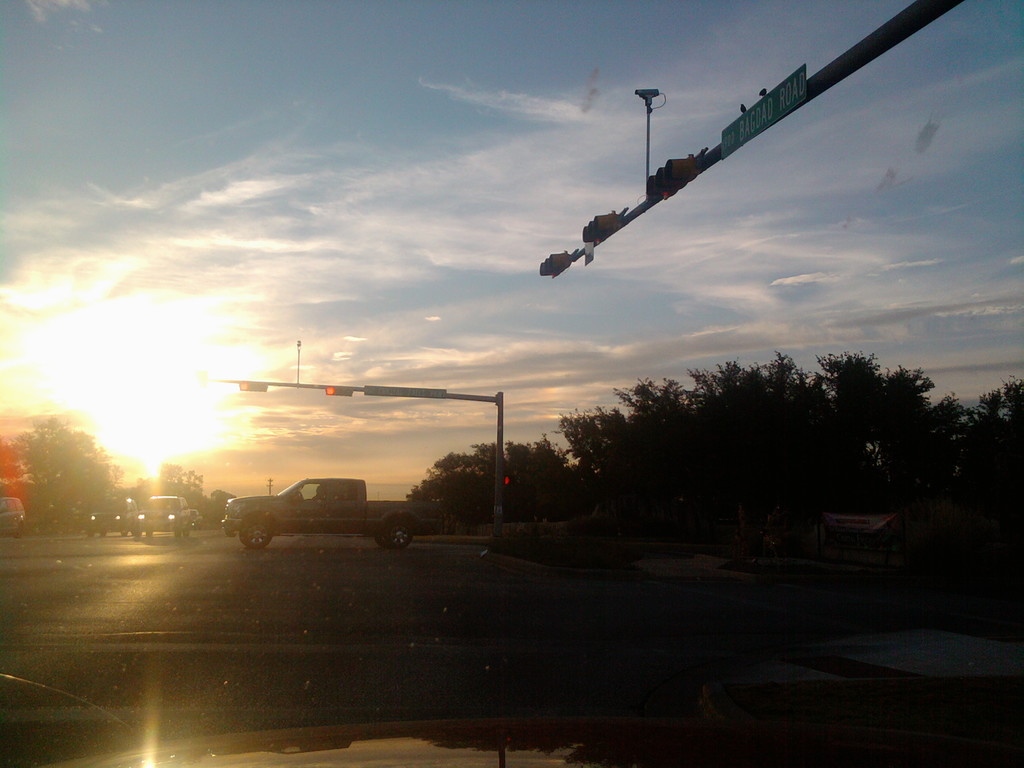 I took this picture in May 18 2008, 19:37, in Urgup, Nevsehir, Turkey with my cellphone whose lens has a diameter of 2 0r 3 mm. Although the sun was about to set, the sunlight was strong  enough to create a lens flare. There is no lens reflection. Hi JP, thanks for the photo. Although your pic has a reflection and some lens flares, the body on the right is not a reflection or flare. Is it an optical reflection on the water molecules in the clouds or is it an individual light source is difficult to decide by just looking at this photo. Peace. Selim 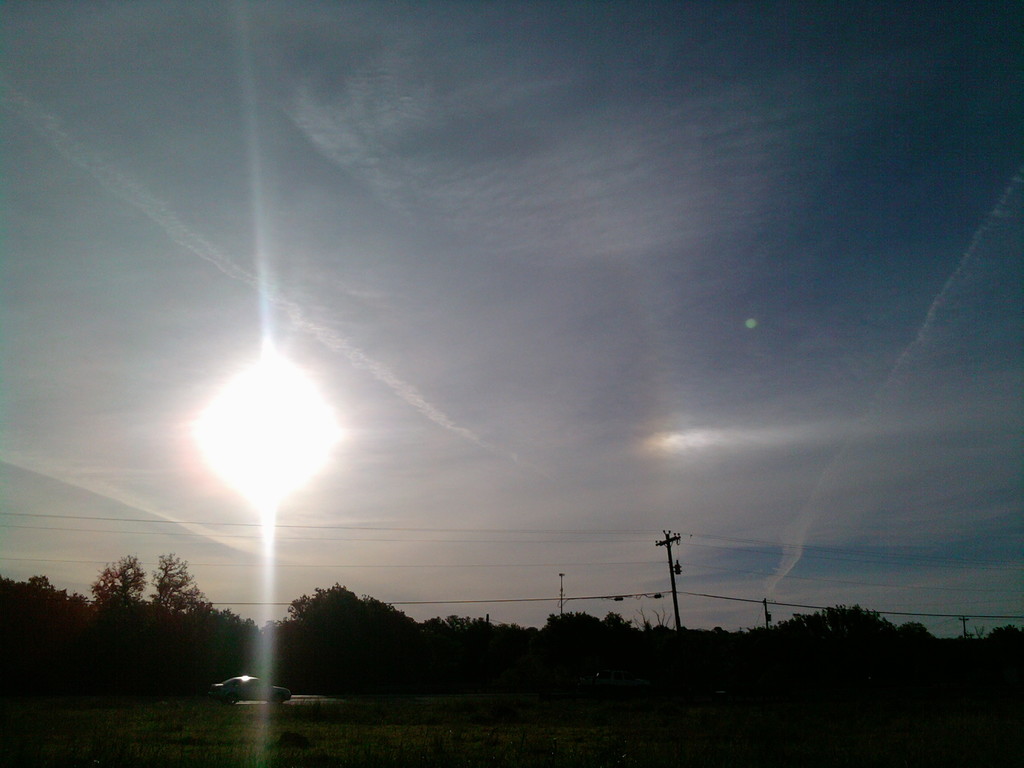 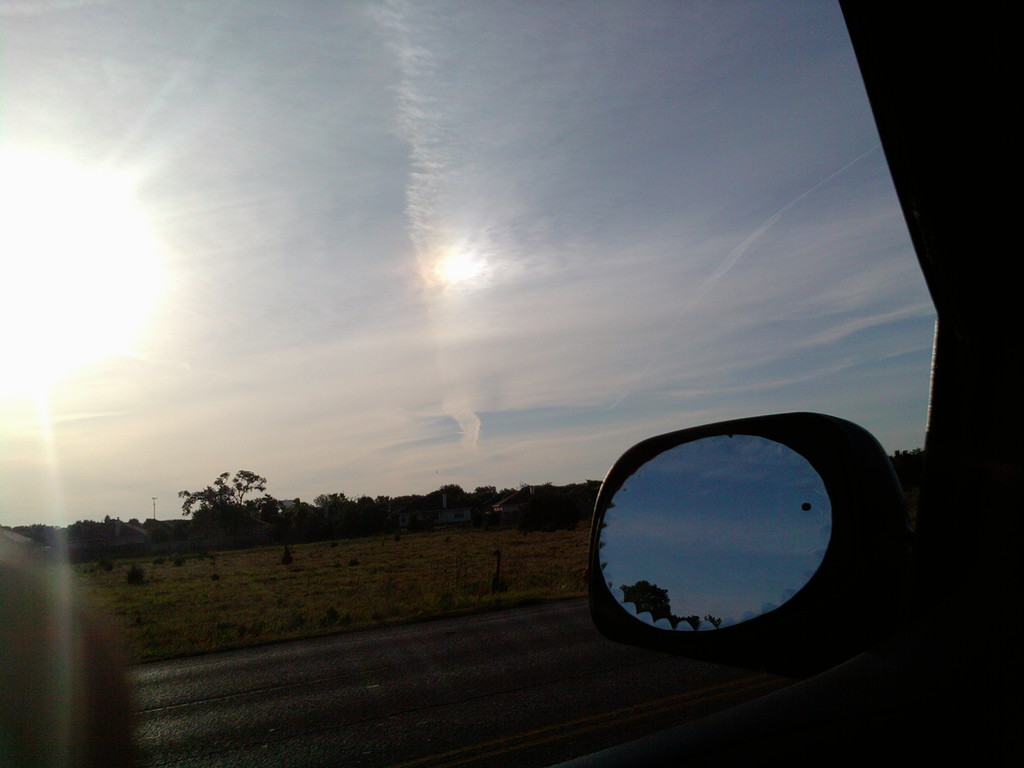 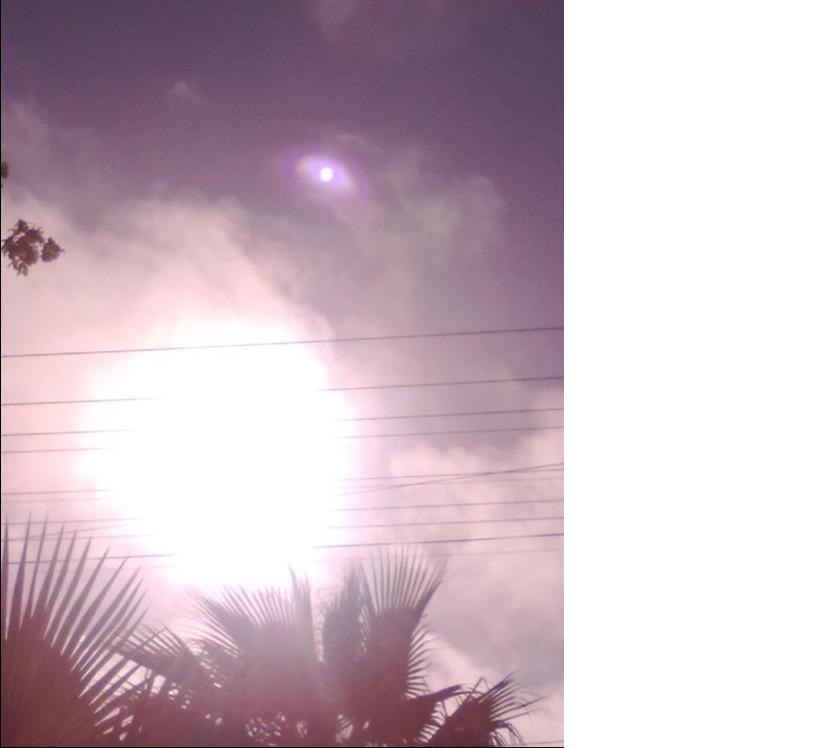 Lens flare can occur when a bright light source appears in or at the very edge of a photograph and is often characterized by sun spots appearing throughout the image. It can also show up in your photographs as low contrast areas in your image. While the sun spots can sometimes add to your photo, the loss of contrast associated with flare rarely does.

Lens flare is caused when light enters the lens at such an angle that the light rays do not completely flow through the lens, but instead are reflected back and forth between lens elements. The sun spots created typically show the shape of the diaphragm (aperture blades) the camera was using at the time the photo was created. A lens with a 5 blade diaphragm will produce sun spots with 5 sides. The more problematic issue with flare though is the lack of contrast flare can introduce into a photo.

Lens manufacturers create lens hoods to help minimize lens flare and are made to fit a particular lens focal length but may not always be sufficient to block all of the flare. Lens hoods made for zoom lenses do not work as well as those made for prime (single focal length) lenses as the amount of coverage needed when zoomed to it’s longest focal length often creates a scenario when the lens is zoomed out to it’s shortest focal length, the lens hood itself will become part of the photo and cause vingnetting. As such, lens hoods are usually made to work best at the widest setting on the lens and become less effective the more the lens is zoomed in.
To prevent lens flare it is necessary to shade the lens from the light source. You can do this using a manufacturer supplied lens hood, your hand, a hat, a reflector or any other object that can block the light from falling on your lens. Just be sure that you do not place whatever you use to block the light so close that is can be seen in your photograph. A good rule of thumb is that the lens is in shadow, you will eliminate the flare. 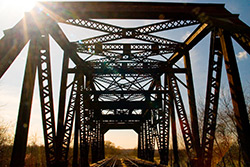 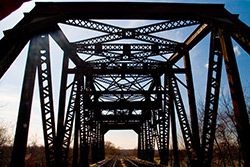 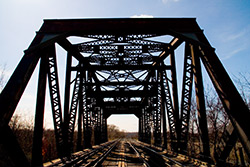 The sequence of photos above were all shot with the same settings on the camera within 3 minutes of each other. The first image shows distinct lens flare with both the loss of contrast and sun spots easily visible. The second shows a slight loss of contrast on the upper left side of the bridge structure, but the reflector I used to block the sunlight is visible in the same corner. The third image shows a photo properly photographed subject without flare or the reflector used to block the sun. In order to get the shot, I needed to move my camera and recompose the photograph. Another alternative is to position yourself so that an object within your frame blocks the light source partially or completely, as I have done in this photo below. The sun spots are still visible, though overall contrast has been only slightly affected. In this instance, I think the lens flare adds to the photograph. 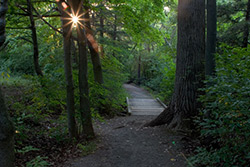 Lens flare happens to every photographer. It is inevitable. But a little knowledge up front on what causes it and how to reduce it can ensure you get photographs you are happy with.

Until next time, happy shooting.

Hi Michelle, the strange thing about your photo and Steve's is that although they were taken in Italy and Utah, USA, in two different places, the location of the orbs are very close to each other. They are difficult pictures to comment. I hope they are not reflections. Unless filter is used, it is hard to reach a conclusion about the images, because reflections are real in the images like the photo itself. 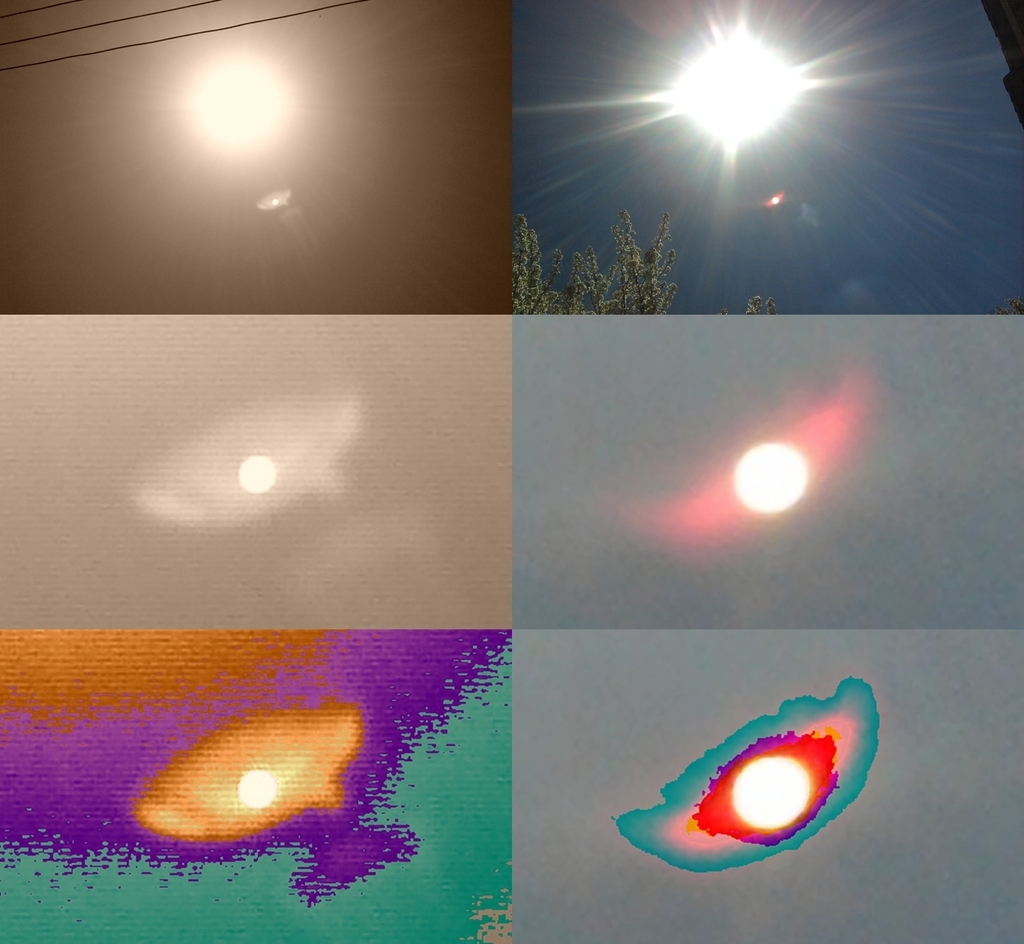 Hi Antonie, yes, we must be extremely careful about these images with the lens pointing at the sun. BONUS: Lens reflections and flares.