Further to the Zetas' comments on the mummified alien hybrid discovered in Peru, Gaia.com has posted a new video detailing the discovery and analysis of more Nazca mummies. These new mummies are much smaller and have a different bone structure to the hybrid seen in the first video. X-rays reveal an unusual metal implant and what appear to be eggs inside one of the mummies. Scientists observe that these mummies exhibit a combination of hominoid and reptilian physiology. Do the Zetas have any comment on these mummies and their unusual physiology? [and from another] Update 4: Smaller Bodies Revealed. Unearthing Nazca https://www.gaia.com/video/update-4-smaller-bodies-revealed 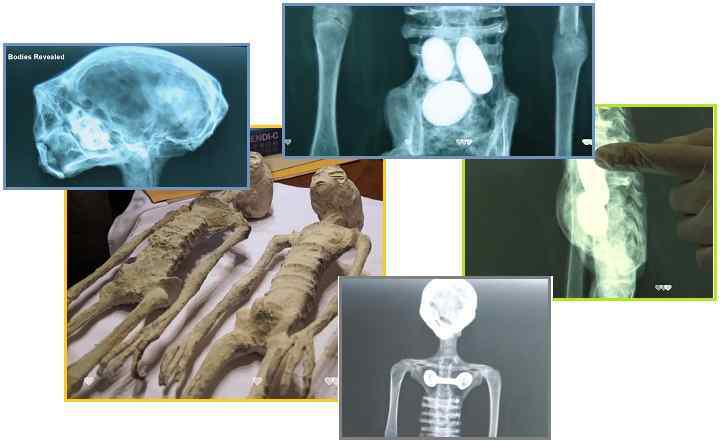 Were the Peru mummies partially reptilian? They were indeed, and as implied by anatomical analysis the reptile was a snake. The jaw reveals it could not chew, and snakes swallow their prey whole. The rib cage went down the trunk from top to bottom as occurs in snakes. These mummies likewise laid eggs, as reptiles do in the main.  As we stated at the start of the ZetaTalk saga, the spiritual orientation of the entity is not determined by the species. Reptilian planets produce the same proportion of Service-to-Other to Service-to-Self souls as mammalian planets. The Nazca mummies were preserved by a silicon powder so that they would be discovered and make this point during the Awakening. 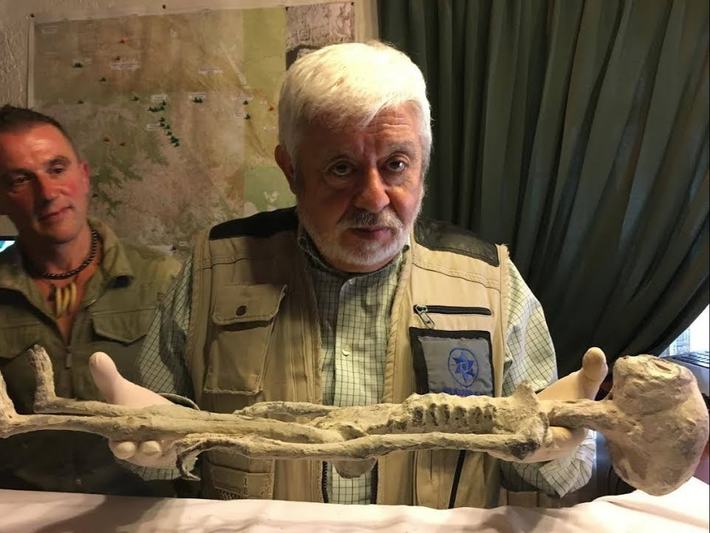 Researchers present new state of research on the "white mummies" of Nazca:
(translated)
"In view of the almost 5-hour presentation and the 1.5-hour press conference, here are the most important results and conclusions of the researchers involved in the investigations in a strongly shortened and uncommented summary:

- The DNA tests on genetic material of the small mummies show no relationship to known human forms or animals.
- The bones of the mummies are hollow but stable and strong, similar to the structure of bird bones. There are clear signs of wear and tear on the joints, suggesting that they are advanced age beings and that they have actually lived, and that the mummies were not later so prepared by different animal or human parts.
- 3D scans of the inside of the mummies show that the bones, organs, muscle and fat tissues, and in the case of one of the small mummies, the eggs, are at the correct anatomical positions in the body and were functional parts of once actually living beings.
- The data obtained do not correspond to any life form known to us, which is why it is very likely a species that has developed independently of us humans.
- The characteristics within the body of the mummy known as "Josefina", which appear like eggs, vary in size, so it is suspected that they are eggs at different stages of development." 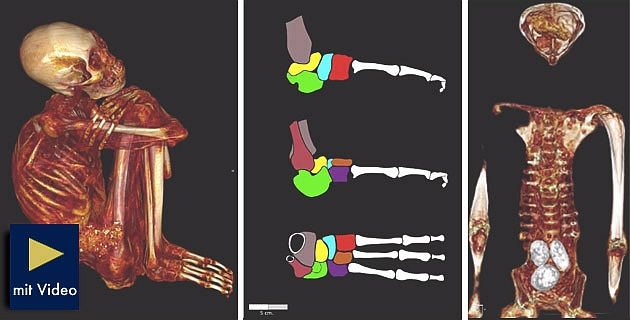