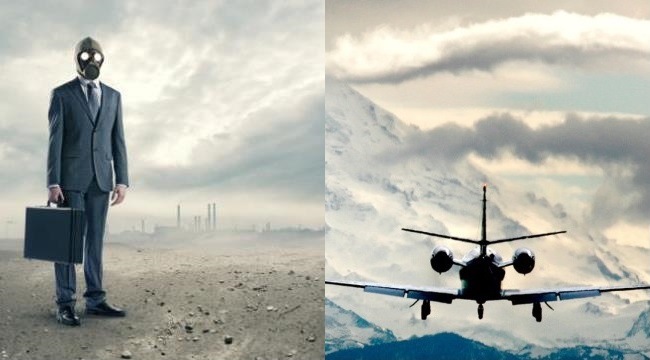 With growing inequality and the civil unrest from Ferguson and the Occupy protests fresh in people’s mind, the world’s super rich are already preparing for the consequences. At a packed session in Davos, former hedge fund director Robert Johnson revealed that worried hedge fund managers were already planning their escapes. “I know hedge fund managers all over the world who are buying airstrips and farms in places like New Zealand because they think they need a getaway,” he said.

Johnson, who heads the Institute of New Economic Thinking and was previously managing director at Soros, said societies can tolerate income inequality if the income floor is high enough. But with an existing system encouraging chief executives to take decisions solely on their profitability, even in the richest countries inequality is increasing.

Johnson added: “People need to know there are possibilities for their children – that they will have the same opportunity as anyone else. There is a wicked feedback loop. Politicians who get more money tend to use it to get more even money.” His comments were backed up by Stewart Wallis, executive director of the New Economics Foundation, who when asked about the comments told CNBC Africa: "Getaway cars the airstrips in New Zealand and all that sort of thing, so basically a way to get off.  If they can get off, onto another planet, some of them would."

He added: "I think the rich are worried and they should be worried. I mean inequality, why does it matter?

If billionaires are trying to hide out in New Zealand, they're not going unnoticed. These are some of them:

- Russian steel billionaire Alexander Abramov is building a lavish $50 million retreat at Helena Bay in Northland, on the road to Russell. It comes with boat ramps and helicopter pads.

- US film director James Cameron says he is fleeing Hollywood and has bought a decent chunk of Wairarapa ahead of taking out New Zealand citizenship.

- Canadian singer Shania Twain put her heart and soul into $21.5 million Motatapu Station near Queenstown – but it turned out her husband Mutt Lange was having an affair with her secretary and Twain sold the bolthole.

- Another Russian billionaire, Mikhail Khimich, lives here and owns Waiwera Water, north of Auckland. His ambitious expansion plans have yet to materialise into anything extravagant other than his big yacht Thalia.

- Canadian billionaire Lawrence Stroll is spending five months here in a very large campervan. The man behind the fashion labels Tommy Hilfiger and Michael Kors can just drive away if he needs to.

- Seattle-based editing software pioneer Paul Brainerd is planning to develop the Glenorchy Holiday Park as a model for environmental sustainability and has opened a general store at the "top of the lake".

- If the term bolthole ever applied in New Zealand, it was in the 1990s when Tommy Suharto, son of Indonesia's then-president, owned Lilybank in the South Island's Mackenzie Basin. He used to fly rich friends in for hunting. After the president lost power, the farm was sold.

- Sultan Haji Hassanal Bolkiah, better known as the Sultan of Brunei, owned at least 11 properties in Auckland, including a number in Herne Bay, but as he never visited here they may not qualify as boltholes. He still owns the BNZ centre at 125 Queen St.

- And then there is the new mystery billionaire, vodka king Yuri Shefler. His huge frigate-sized superyacht Serene sailed out of Auckland this morning, heading for the Milford Sound – that would make a great bolthole.

Hiding in secret underground bunkers, eating wild birds and pets and saving secretaries but not wives: How government elites planned to survive a nuclear attack Some of the underground bunkers, costing $ 1 million per floor:

Already, several billionaires have bought themselves homes in New Zealand.

New Zealand real estate agents - who no doubt benefit from changes in the world's stability - dealing with wealthy, jittery, overseas buyers say the turmoil in other countries is a sharp contrast to the peaceful lifestyle that the country has to offer.
The 2013 Global Peace Index, which compares 158 countries for the risk of personal violence, rates New Zealand as the world's third safest country after Iceland and Denmark.

British-born Terry Spice, director of Luxury Real Estate, said: 'We certainly see increases in international inquiries to our portfolio of luxury properties throughout the country when a global crisis, civil or global conflict and economy weaknesses are discussed.
'More and more high net worth individuals want a "safe haven" or "legacy asset" they can count on should things go wrong in their country of residence.'
Mr Spice, from Dulwich, revealed he had recently sold a 2.9 acre plot of land to an overseas buyer for $NZ3million, about £1.5million.
However, the land was just the starting pointing: the purchaser is now planning a multi-million dollar retreat on the property, which has stunning views of a lake and surrounding mountains, creating a private paradise, which Mr Spice says would be difficult to out-match by anywhere else in the world.
Matt Finnegan, of Sotheby's Reality in New Zealand, which handles high value properties, told MailOnline: 'It might be that the people who don't particularly want to migrate here still want to have somewhere to run to in times of trouble.'
'We do get comments about personal safety from clients in countries like the US, but there are also expat Britons living in Asia who have expressed concerns about what is happening around them.

Bet now that shares will fall, says City tycoon who made millions by predicting the credit crunch

A hedge fund manager who made millions after correctly predicting the credit crunch has warned major economies are entering a recession that will be ‘remembered in a hundred years’.

In a letter to his well-heeled customers, Crispin Odey predicted that ‘equity markets will get devastated’ and described it as the best time to bet on shares slumping in value since the recent financial crisis.

He was briefly married to Rupert Murdoch’s daughter Prudence, before marrying Nichola Pease, a scion of the Barclays banking family.