Divided: Severe soil erosion on a steep field in Sampford Peverell, Devon, that  was said to have contained too few crops prior to heavy winter rain

Now the earth opens up: 5ft gullies across Devon fields after torrential  rain washes away soil Two sides to the story: Images of the eroded landscape near Tiverton - with  gullies more than 5ft deep - were taken yesterday by local photographer Martin  Hughes-Jones

There are five types of topsoil erosion  caused by water, but gully erosion is believed to have occurred in this case.  This is when water erodes soil to form channels deeper than 1ft.

These gullies start when fast-flowing runoff  water hits a ‘nick’ point such as a rabbit burrow, or bare soil - and the water  then scours away the soil. It often happens on cleared soils with little  vegetation. 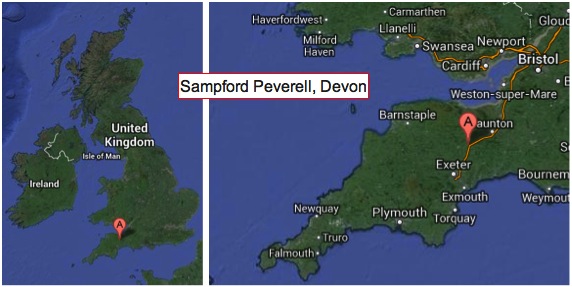