Alberto’s photos show many Moon Swirls. By November 30 it appears that there were four clusters of Moon Swirls, but the latest photo on December 17 seems to show six clusters. Just how many moons are there! The Zetas stated in 2002 that there were “dozens” of Moons, but is everything seen in these photos a moon? Or is it debris? 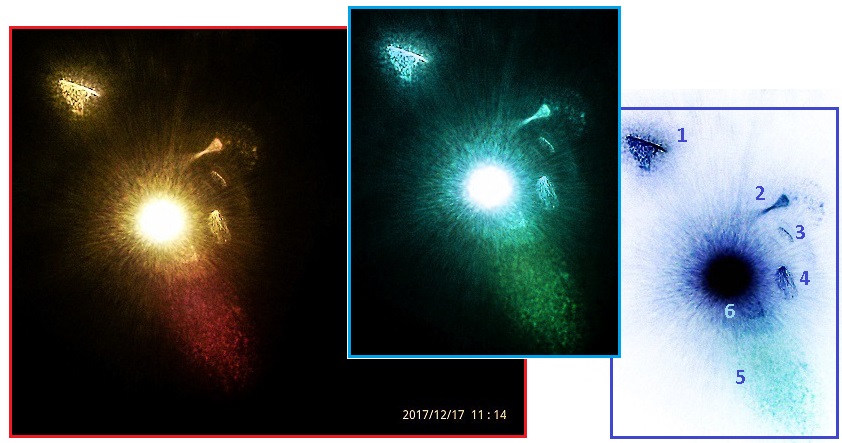 Do the Moons have Moons? Yes, this is not only possible, it is occurring within the Moon Swirls of Nibiru. We have chosen to call them moons only when they are at least as large as Earth’s moon, but there is debris of all sizes within the swirl. What was seen in images in the past has been the conglomerate Moon Swirl, or on occasion an individual large moon. But lately more detail shows not only individual large moons but lesser trash. We have stated that the moons of Nibiru will not sling further than 5 million miles from Nibiru, thus will not strike Earth during the passage, but the trash is already arriving as flaming bolides plunging through Earth’s atmosphere. In the past, the trash in the tail of Nibiru has been described as hail, like gravel. This usually burns up in the atmosphere, but can land as hail and boulders.