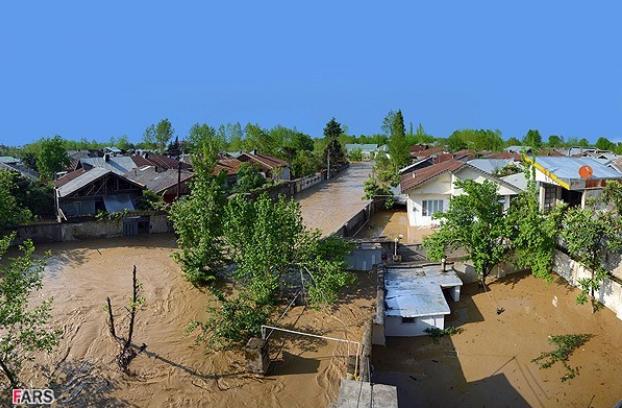 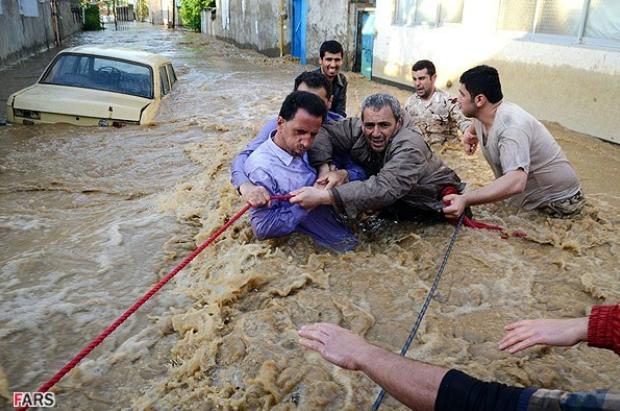 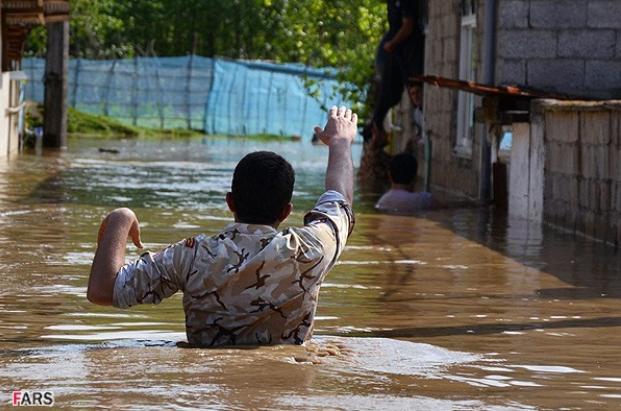 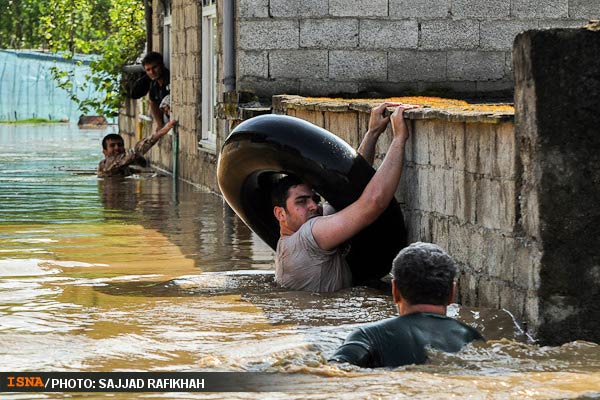 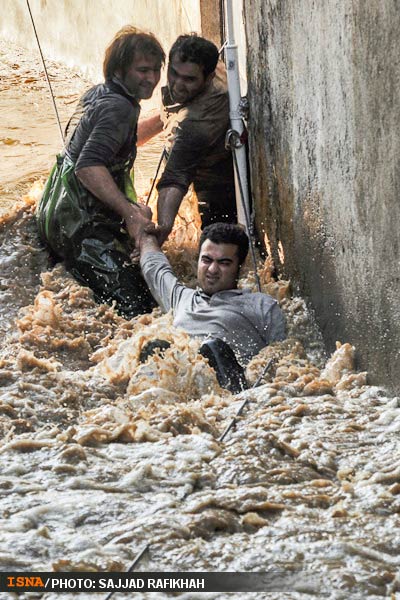 RASHT, Gilan Province, April 21 - Severe floods across northern Iran caused enormous damage to infrastructure in a number of towns and villages on Thursday and Friday after pouring spring rains drenched northern and northwestern provinces of the country for about one week.

Heavy rains in the northern province of Gilan swelled rivers, causing devastating floods across the province. 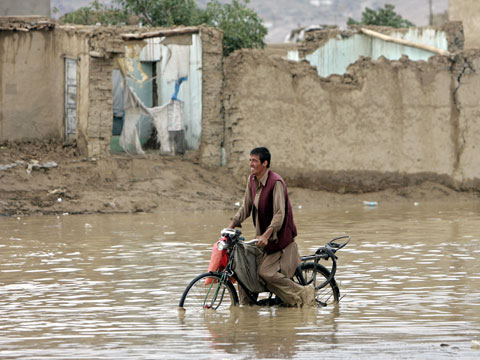 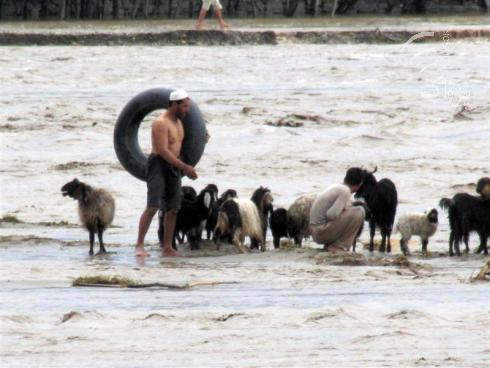 Another six people were killed and five others went missing in Dhanighori district, he told Pajhwok Afghan News.

Police spokesman Jawed Basharat said four people had been killed and three others injured in various parts of Nahrin district, where nearly 1,000 livestock had perished.

Mullah Mohammadullah, a resident of Artablaq villag of Dana-i-Ghori district, said 50 houses were destroyed by floods, displacing 100 families. He complained the affected people were yet to receive any assistance.

Imperfect drainage and lack of proper canalization in Kabul cause serious problems for the residents during the rain that mostly follow huge financial looses.

The residents accuse the Kabul Municipality of neglecting the construction of proper drainage and canalization system, saying water rain flowing at the streets enter the houses, destroy and block the roads and make it hard for pedestrians.

Many residential units at Karte 3 area of Kabul were destroyed after the Chamcha Mast stream water level rose in the city.

The incomparable rain and rise in Kabul River level were the main reasons of such problems at Kabul, Muhammad Mehdi Anwari; the head of district 6 of Kabul said.

Although the rain is blessing and beneficial for the country but the residents demand the government for proper preparations in order to prevent disasters during the rain.

Meanwhile some of the parliamentarians demanded the municipality officials for respond to the destructions during the recent rain in Kabul. 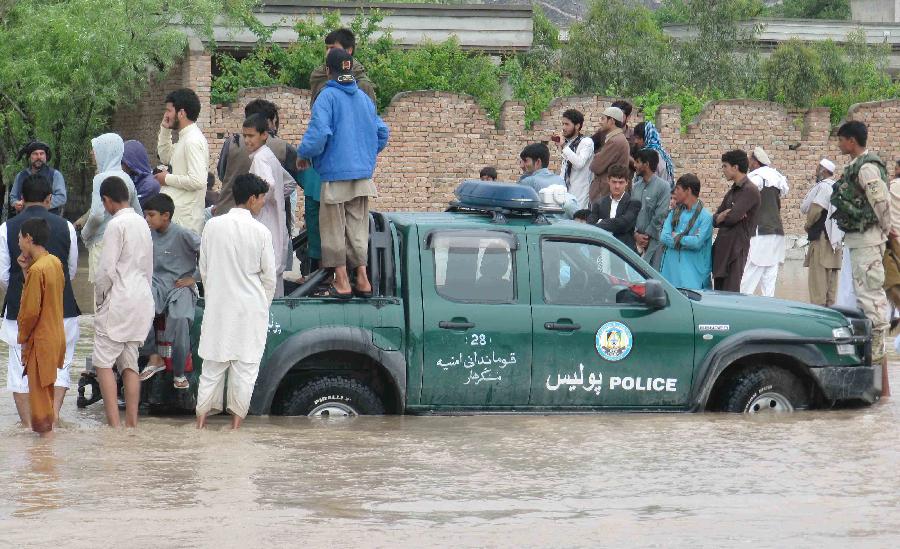 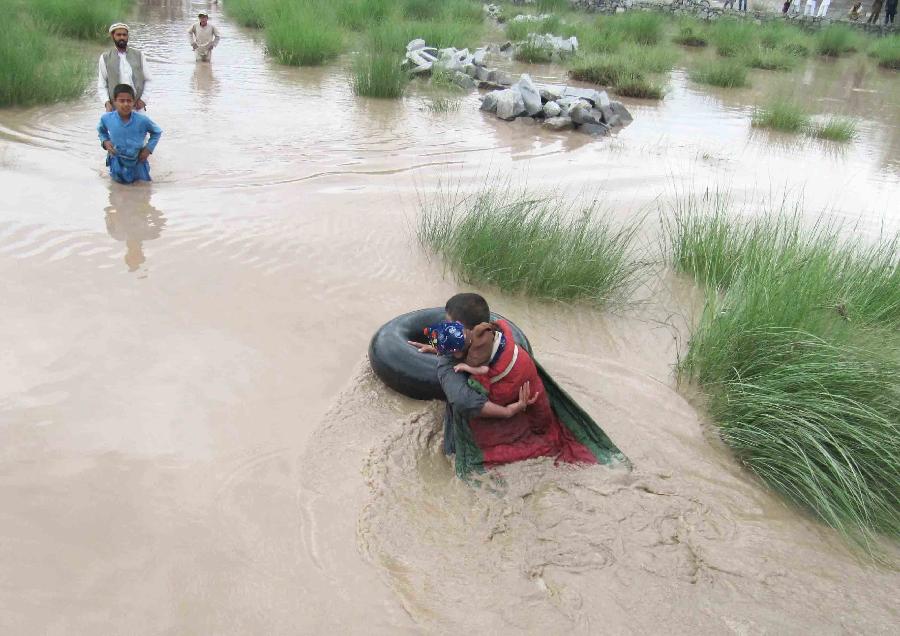 In Nangarhar, floods have wounded at least three people - a woman and two children.

Provincial spokesman Ahmad Zia Abdulzai said the three people were wounded when the roof of their house collapsed in Darai Noor district of Nangarhar province.

"Recent rains have caused massive floods in Shirzad and Gandumak area and destroyed eight shops and two houses," he said.

"There are reports of heavy rains in other districts as well."

Afghan President Hamid Karzai has expressed his condolences for the families of the victims and called on the aid agencies to provide them with emergency aid. 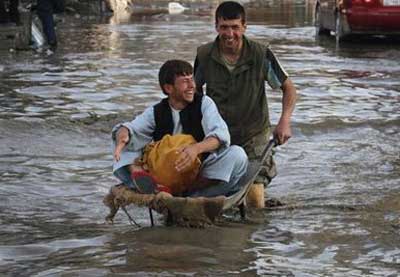 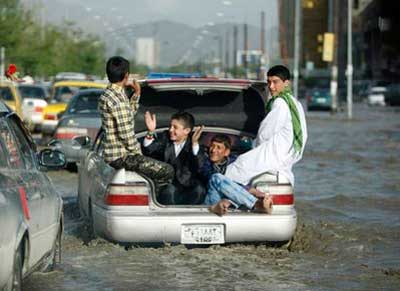 MAZAR-I-SHARIF (AIP): At least 33 more people were killed and dozens of houses and large areas of standing crops destroyed as flash floods and heavy rains continued to play havoc in Balkh, Baghlan and Faryab provinces, officials said Sunday.
In Sholgara district, nine people were killed while in Kishindeh district six persons, including two minors and as many women, lost their lives due to floods and heavy showers over the past 24 hours, the Balkh provincial assembly speaker, Dr Muhammad Afzal Hadeed, told media.
Floodwaters also damaged hundreds of houses and large areas of standing crops, he added.
Meanwhile, the in-charge of the Balkh provincial natural disasters management authority, Rehmatullah Zahid, told the Afghan Islamic Press they had dispatched four teams to the districts. He urged the government to extend assistance to the affected people forthwith.
In Ali Chaman area in Mazar-i-Sharif, flash floods and torrential rains damaged several houses. However, there was no report of casualties so far.
In Dehna Ghori, Borka and Nahrain districts in Baglhan province, 17 people including women and children were killed and houses and roads damaged due to floodwaters, the Baghlan police spokesman, Ahmad Javed Basharat, told AIP.
In Faryab's capital Maimana and other five districts of the province, floodwaters caused heavy losses to people, the Faryab Governor's spokesman, Javed Baidar, said. However, an official told media that body of a person drowned in floodwaters was retrieved in Garezwan district in Faryab province.
In Imam Sahib district in Kunduz province, floods and heavy rains forced over 1500 families in seven villages to leave their houses for safer areas.
Officials told the Afghan Islamic Press the displaced people were facing tough conditions and are in dire need of urgent assistance.
In Nangarhar province, floodwaters damaged roads and houses and swept away standing crops.
http://www.thefrontierpost.com/article/158305/