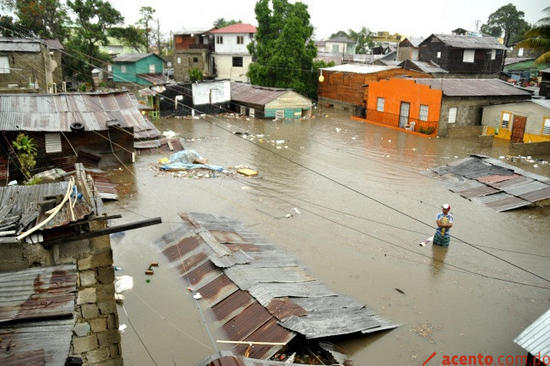 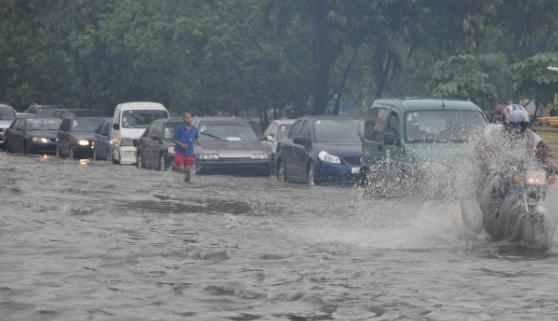 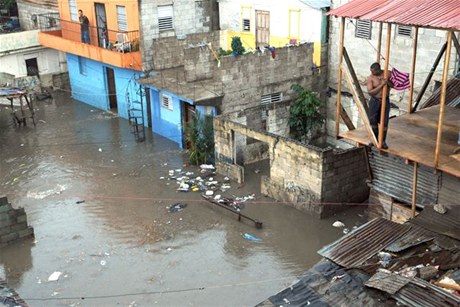 Haiti
PORT-AU-PRINCE, Haiti — Heavy rains drenching the Caribbean island of Hispaniola have caused mudslides and floods that killed up to nine people in Haiti and forced more than 11,000 people to flee their homes in the neighboring Dominican Republic, authorities said Wednesday.

Marie Alta Jean-Baptiste of Haiti's Civil Protection Office said nine people died in the southern and western parts of the country. The deaths included a 6-year-old child and a woman killed by landslides in the capital of Port-au-Prince and four who drowned in rivers outside the city, she said.

The United Nations Office for the Coordination of Humanitarian Affairs gave a lower toll from three days of heavy storms at the start of the rainy season. It said in a statement that only six people had died since Monday.

High water and heavy rain are creating problems for the nearly 500,000 people still without homes in the aftermath of Haiti's 2010 earthquake.

Emergency office spokesman Jose Luis German said nearly 3,000 homes were flooded when rivers and streams spilled from their banks in the northern province of Puerto Plata and some central and southeastern towns. 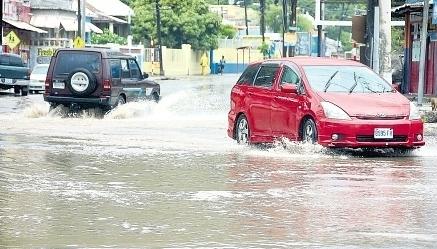 23.04.12. HEAVY rain which yesterday left several streets flooded, including the Palisados strip to the Norman Manley International Airport in Kingston, is expected to continue into this afternoon as a pre-frontal trough associated with a cold front moves across the island.

The Meteorological Service of Jamaica yesterday evening issued a Flash Flood Watch for low-lying and flood-prone areas of St Ann, St Mary, Portland, St Thomas, Kingston and St Andrew, and St Catherine until 5:00 am today.
The Met Office also advised residents living in flood-prone areas to take precautionary measures and be ready for quick action if flooding is observed or if a warning is issued.

Duty officer at the Met Service, Kareen Bennett, told the Jamaica Observer that scattered showers and isolated thunderstorms are expected to continue into this afternoon, at which time conditions are expected to improve.

"We have been seeing rainfall mostly in eastern parishes but currently we have another wave of showers moving across the western into central parishes," she said, adding that the rainfall would be enough to cause flooding in flood-prone areas.

While motorists were yesterday forced to brave several flooded streets, there were no reports of flooding of homes or communities.

Claudius Buncamper of the Ministry of VROMI explained that due to the significant amount of water, Zagersgut was completely flooded. He said most roads in Cole Bay had to be closed including Wellington Road, Orange Grove Road, Well Road and Union Road.

He said Dutch Quarter Road also had to be closed after a section of the yet-to-be-completed road collapsed and took a car with it. No one was seriously injured. Buncamper explained that government road crews went to work quickly to clear the roads before the break of light on Sunday.

He added that the Great Bay channel was opened to allow run-off from the fresh pond, but assured that the water level in the pond is still about 40cm below critical levels. Buncamper said his department had little to no indication from the Met Office that a weather system of such a nature was threatening the island.
http://www.thedailyherald.com/islands/1-islands-news/27304-flooding...

21.04.12. SEVERAL DISTRICTS in Tobago were affected by flooding and minor landslides following persistent - and sometimes heavy - rainfall in Tobago from Wednesday night well into Thursday. By yesterday, the Tobago Emergency Management Agency (TEMA) had recorded a total of 25 reports of adverse incidents resulting from the inclement weather pattern, Alex Browne, Information Officer at TEMA, reported.

While no injuries were reported, he said a family at Lowlands, in Tobago’s west end, voluntarily evacuated their home as a precautionary measure, as flood waters rose in the area.

There were also reports of residential flooding in other districts in the west, including Signal Hill, Carnbee, and at Lambeau — where the Anglican Primary School there was forced to close early due to flooding problems.

In east Tobago, flooding was reported at Glamorgan, with one home being affected, as well as at Pembroke where there was also a landslide. Orange Hill, in the west end, was also affected by a landslide.
http://www.newsday.co.tt/news/0,158874.html 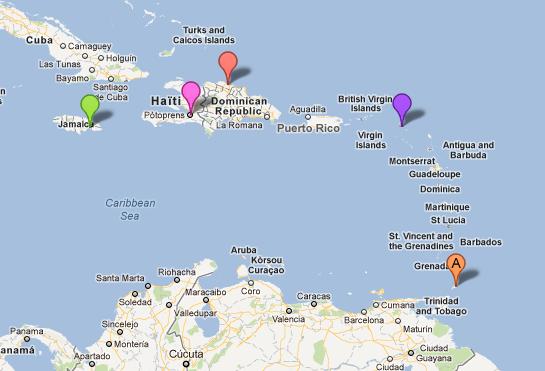 The Caribbean plate is crumbling. What more proof do people need?! Just look at the map, it's all over the place!

Here's a refresher for the undecided:

As can be seen from plate tectonics, Central America is being pushed over the Cocos Plate. When this is done violently during the 7 of 10 roll, the crumbling we have described for these lands will occur. The small islands just to the east of Central America will participate in this crush. The Caribbean Plate will be pushed up behind them, bunched up, fracturing the rock layers so they go in all directions, up as well as down. This is an issue not so much of sinking as of unpredictability. The fate of these small islands is unpredictable. They may survive from the jumble, or disappear entirely. The hump of the S American Plate intrudes into the Caribbean, and as it moves to the west it will push the Caribbean Plate above Colombia down forcefully. The trend has already been noticed this past year along the Colombian coastline.

Aruba, Bonaire, and Curacao ride on the hump, and thus will survive. The island chain along the eastern edge of the Caribbean Plate was formed when the Caribbean Plate was pushed up during expansion of the Atlantic. But this is countered by the hump of S America pushing the Caribbean Plate down, overall. Thus those islands in the chain close to S America will lose in elevation, while those islands at the top of the chain will not. From Antigua south, the islands in this chain can expect a minimum of an elevation drop of 57 feet, on average, with this being irregular throughout due to the trauma to the area. Islands just to the north of S America will be affected the most such that Barbados to Tobago may sink entirely except for the highest points, losing several hundred feet in elevation, and Trinidad will be torn apart in addition to sinking as it rides on the plate border.

A plate, being solid rock in layers, tends to move as one. Thus if the southern part is pushed down, it will tilt, the northern part lift up. The larger islands along the northern part of the Caribbean Plate could be assumed to gain elevation except that the entire Caribbean Plate is losing, overall. Thus the southern shores of these larger islands will experience some elevation loss, where beaches may emerge on the northern shores. To the extent that fracturing is occurring in the plate, as occurs for Haiti, fracturing can be expected. This will be a rough ride for all, with sloshing and clashing water and the Caribbean Plate which at first may seem to rise, then drop as the roll proceeds.