Could the Zetas say how bad this hurricane season will be? Harvey can become the most expensive tropical cyclone in history. While Irma already second strongest ever in Atlantic (same as Wilma 2005, Gilbert 1988, "Labor day" 1935). Could you make a prediction? [and from another] http://www.nhc.noaa.gov/gis/ Source of data: Irma track and forecast tracks. [and from another] https://www.wunderground.com/cat6/category-5-irma-5th-strongest-atl... Category 5 Hurricane Irma 2nd strongest ever in Atlantic. 5 September, 2017. Throughout the day this Tuesday, Sept. 5, 2017, Category 5 Hurricane Irma has increased in power again and again, and as of 2 p.m. ET, contains sustained winds of 185 mph, tying with three others as the second most powerful  Atlantic hurricane on record. 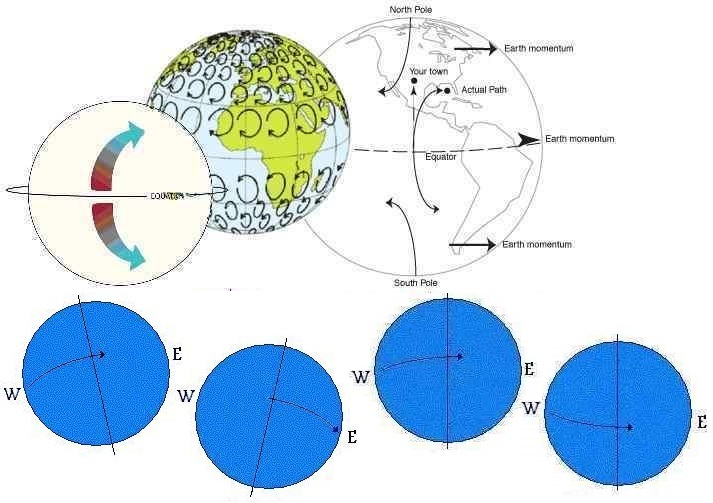 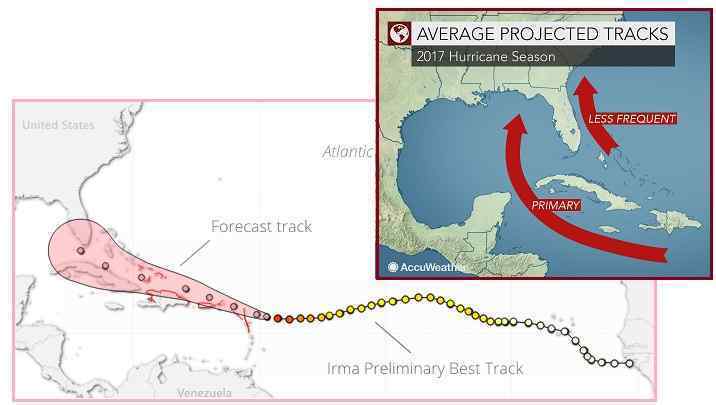 The US hurricane season in 2017 is far worse than it has been in recent years, breaking records with Harvey and now with Irma. The ferocity and path are as we have stated due to the Earth wobble, which has gotten more extreme in the past few months. In 2016 it was obvious that the Polar Push had gotten more extreme, with reports of a late sunrise in Alaska and erratic waves along the southern coast of Brazil. Nevertheless, the 2016 hurricane season showed the typical pattern. Compare to the 1951 hurricane season. They are similar.

With a stronger Polar Push the bounce back would likewise be more extreme, and the bounce back occurs when the Sun is over the Atlantic. As the wobble continued to get worse, the Figure 8 corrective lean to the right and left also got more extreme. This sets the stage for the current 2017 hurricane season. The Figure 8 of the wobble creates a churning in the Atlantic. First land on either side of the Atlantic is pushed under water during the Polar Push, then the N American Continent is slung to the East and then to the West as the day dawns and then the bounce back pulls this land back up to the North.

The wobble, in short, is churning the North Atlantic in a circular motion. Where this fits with the Coriolis effect, where the winds and water curl up from the Equator in a circular motion, moving clockwise in the Northern Hemisphere, the lean to the left does a direct clash, pushing the storm back in a path toward the US coastline. This is the current Wobble pattern, but the Wobble is subject to change. A lean into Opposition has occurred, the N Pole leaning toward the Sun. And a temporary Lean to the Left could occur, as well as a temporary Day of Darkness for the Northern Hemisphere. This is not a static situation.

The temporary lean to the left has been around for a while,

When there was a temporary lean to the left on March 4 and the days following, we mentioned that this type of extreme wobble would occur from time to time as Planet X and the Earth maneuvered themselves into their end-game positions. At present, Planet X is slightly to the right of the Sun when in the line of sight from the northern hemisphere of Earth. Before the last weeks commence, beginning with the severe wobble, Earth will press as far to the left as possible, to evade the presence of the approaching Planet X. Thus prior to the last weeks Planet X will be stationed more to the right of the Sun in the line of view, presenting many more opportunities for a Second Sun to be seen along with the rising or setting Sun. In the meantime, Planet X is assaulting the Earth, pressing its magnetic field into the magnetic field of Earth, and thus causing an extreme wobble or temporary lean to the left at times. As we mentioned in early March, this will come and go, as this is a dance at present.

I should have clarified why I pulled up that post. It mentions the earth wobble and the temporary lean to the left as belonging more to the early stages of events which is what I meant to emphasize but that it also (and please correct me if I am wrong) is another new development and thus another sign for those of us trying to convince others of the pending poleshift. 6 September, 2017. "Hurricane Irma has set another record, having sustained max wind speeds of 185 miles per hour for more than 24 hours - so becoming the only Atlantic hurricane to sustain that powerful wind speed for so long. The last hurricane is maintain such winds for even close to that long was hurricane Allen, which hit northern Mexico and southern Texas in 1980. Allen had winds of 180 mph and above for around 18 hours. The top wind speed for Allen was 190 mph." 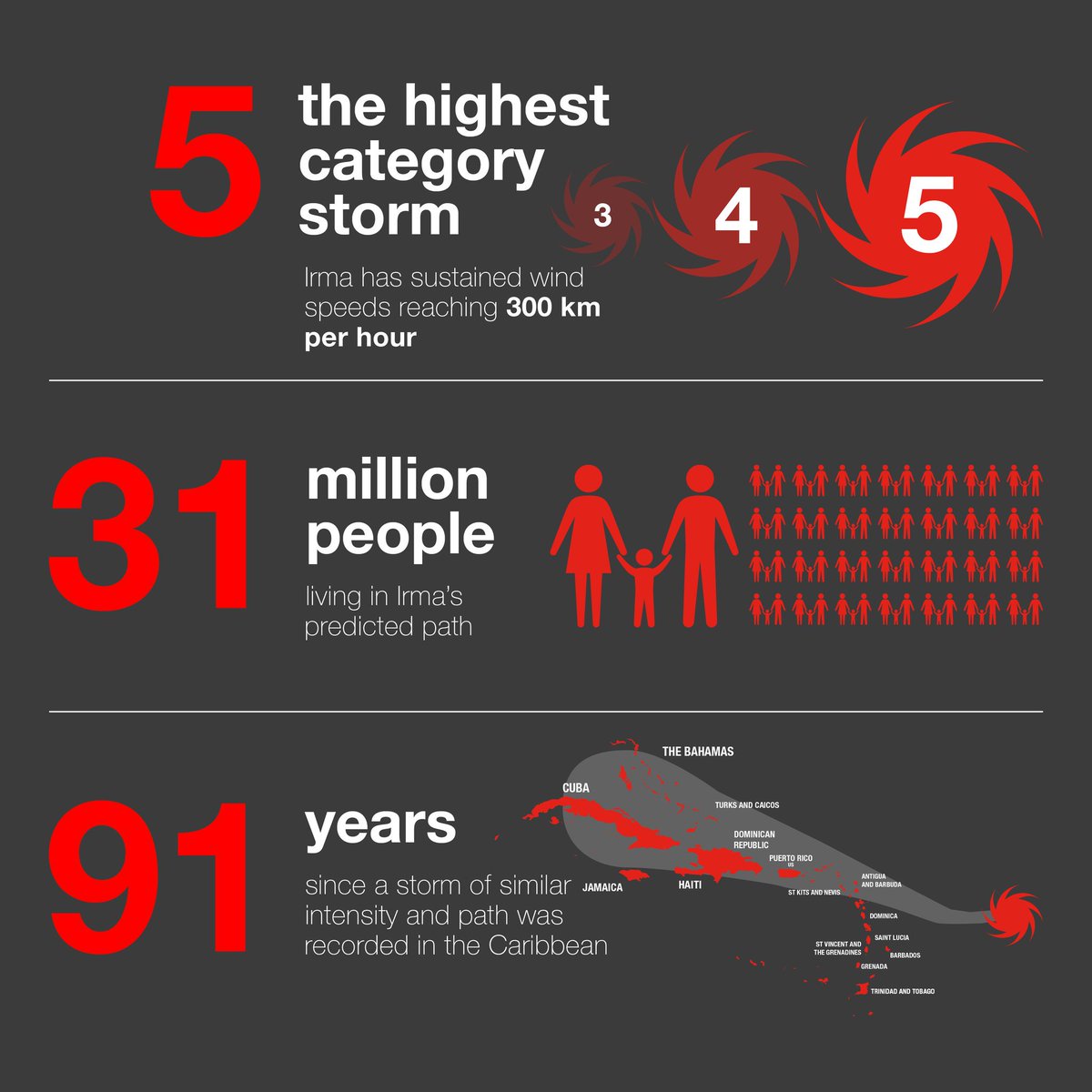 This is not about the last weeks as yet.

“One day like a year” preceding the Last Weeks is predicting the confused weather and sunrise/sunset times that result from the daily Earth wobble gone wild. We have predicted that the seasons will “blend into one another”, thus that year will seem not to have distinct seasons, but a mix. The wobble can make the Sun rise and then set again, as has been documented, so night and day may become confused as the wobble worsens. Muhammed is predicting this confused period to last at least a year. And then things go back to normal, rotation returns, and Nibiru is gone from the skies, having moved on.

I had to look up "temporary lean to the left" since it was mentioned and piqued my curiosity. I found in this post this quote:

"It is no longer an issue of the Earth wobble or temporary leans to the left of into opposition sufficing. This is twitching about, compared to the last weeks. If the years and months of the Earth wobble were the wrestlers positioning themselves at the edge of the mat, then the last weeks are full contact, and neither can let go of the other. In this, of course, Planet X wins.