The Brexit saga continues and now is seems it may even be likely that there could be 2nd referendum and the will of the people will be overturned or May will be ousted and a Socialist (Labour) government will take power also overturning the result.  Trump has also said it looks bad for the UK with the current deal on the table. There appear to be many different power struggles at play.  Can the Zetas comment on what is going on behind the scenes?
[and from another] Fresh Brexit referendum would be seen as an INSULT by voters December 2, 2018 https://www.dailymail.co.uk/news/article-6451735/Gove-warns-fresh-B... The Environment Secretary said any attempt to re-run the historic vote would do terrible damage to 'faith in democracy' - as it would effectively be telling the public they were 'too thick' to choose properly.  The alternative was either 'no deal or no Brexit', and suggested one potential outcome was a second referendum. [and from another] France to deploy 89,000 security personnel ahead of Saturday protests December 6, 2018 https://www.reuters.com/article/us-france-protests-security/france-... 10 armored vehicles belonging to the gendarmerie would also be used, the first time since 2005 when riots broke out in Paris’ suburbs. [and from another] France’s Yellow Vest Protests: The Movement That Has Put Paris on Edge December 3, 2018 https://www.nytimes.com/2018/12/03/world/europe/france-yellow-vest-... Taxes made up more than half the cost in France. Per liter, lead-free gas was 1.41 euros on Sunday, or about $6.00 per gallon. Those who participated were predominantly men and women who rely on their cars to get to work and take care of their families. In the mix were small-business owners, independent contractors, farmers, home aides, nurses and truck drivers. They live and work primarily in rural towns and in the suburbs or exurbs of France’s big cities, many earning just enough to get by. [and from another] Belgian police, protesters clash in Brussels over high taxes November 30, 2018 https://www.dailyherald.com/article/20181130/news/311309955/ Police and hundreds of yellow jacket protesters upset over high taxes and living costs clashed in Brussels. Dozens were detained as the grassroots movement that started in France two weeks ago gained traction in Belgium. [and from another] Brussels drags out Poland and Hungary rule-of-law probes October 16, 2018 https://www.politico.eu/article/brussels-drags-out-poland-and-hunga... The European Commission has been asked to give EU countries' representatives an update on ongoing infringement proceedings. [and from another] Rothschild & Co signs agreement for sale of its Trust business October 24, 2018 https://www.rothschildandco.com/en/newsroom/press-releases/2018/10/... Rothschild & Co announces today the signature of an agreement for the sale of its worldwide wealth planning and trust services business. Wealth Management offices are in Aix-en-Provence, Brussels, Frankfurt, Geneva, Grenoble, Guernsey, Hong Kong, London, Manchester, Marseille, Milan, Monaco, New York, Paris, Reno, Singapore and Zurich. Wealth & Asset Management assets total more than €69 billion across the group. [and from another] https://en.wikipedia.org/wiki/French_Revolution The French Revolution (French: Révolution française was a period of far-reaching social and political upheaval in France and its colonies beginning in 1789. The Revolution overthrew the monarchy, established a republic, catalyzed violent periods of political turmoil, and finally culminated in a dictatorship under Napoleon who brought many of its principles to areas he conquered in Western Europe and beyond. Inspired by liberal and radical ideas, the Revolution profoundly altered the course of modern history, triggering the global decline of absolute monarchies while replacing them with republics and liberal democracies. Through the Revolutionary Wars, it unleashed a wave of global conflicts that extended from the Caribbean to the Middle East. Historians widely regard the Revolution as one of the most important events in human history. 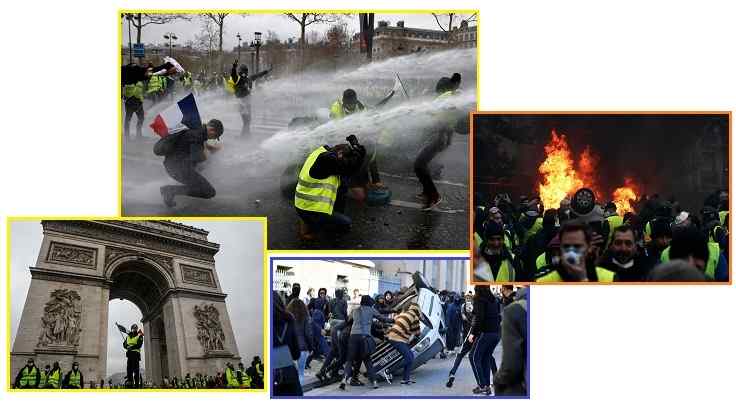 The European Union has been steadily losing ground, on many fronts. Europe’s history of colonialism has left them with the mindset that they control the world’s destiny, and the spate that Germany had with Nazi supremacy was an example of that mindset. The Illuminati call Europe home, and are infected with the Nazi bloodline. Colonialism failed. Nazi Germany failed. And Merkel’s alliance with Erdogan to flood Europe with ISIS soldiers has likewise failed. Merkel has promised to forgo her leadership of Germany, and her school chum May is likely to be forced out in the UK.

Where the IMF was to create debt slavery around the world, this too is failing as country after country seeks out BRICS instead. Where the Euro was to become the new world currency, now China’s yuan is taking that place. Quiet prosecution of money laundering banks in Europe has reduced the plush assets the elite and royalty assumed was theirs forever. Suddenly royalty and politicians are broke, and seeking to raise funds on the backs of the common man. Given that elections are regularly rigged in Europe, and those who run the European Union are not elected at all, the common man has little recourse.

In the past, it was the French Revolution of 1789 that had a domino effect through Europe and spread West to the Americas. The grip that European royalty had was broken, but went underground to form the Illuminati and the Nazi philosophies. Arrogant and determined to stay in power, the elite will not bend to the will of the people, whom they presumably serve, but will persist. Martial Law must have the agreement of the people, or it cannot succeed. In France, the police are already with the people, but Macron is not listening.