This earthquake was also felt in Cyprus and even in Cairo, according to the ESMC, who marked it as having a magnitude of 6.4. M 3.4 - Canary Islands, Spain Region
A swarm of minor earthquakes and about 7x M3.0 to M3.4’s in the last 2 hour period.
Indicating eruption possible in the near future.
Or possibly a large earthquake which will bring on an eruption much sooner.

Volcano has been upgraded to unrest

Quake lights during the Quake in CDMX (Mexico City) 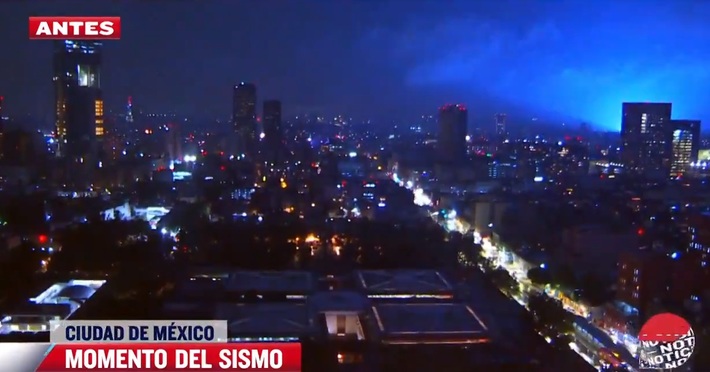